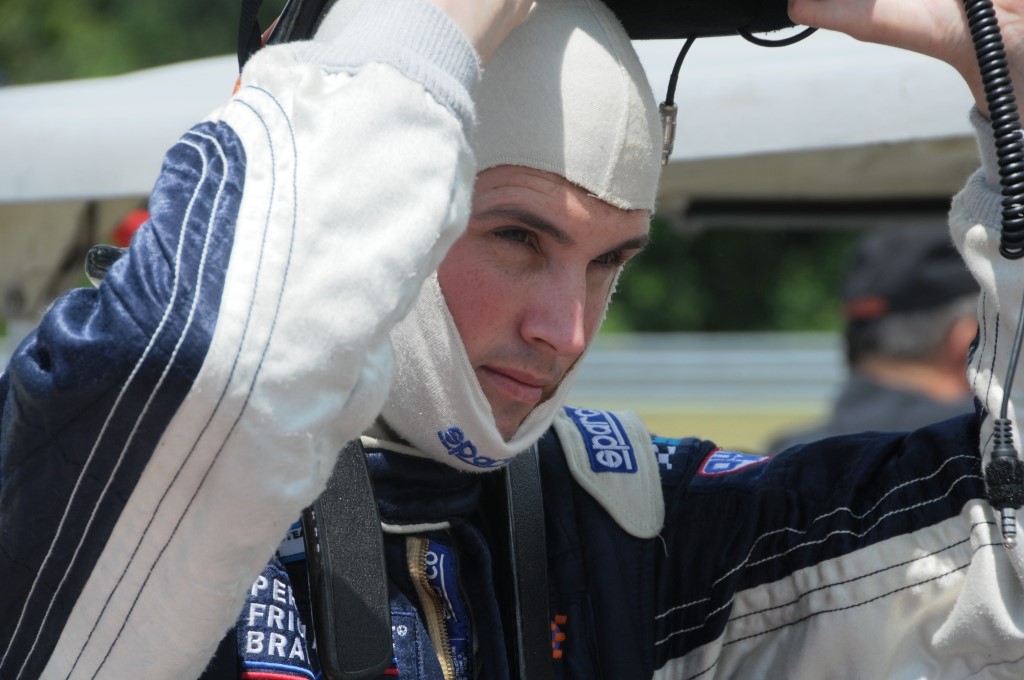 In a remarkable display of driving consistency, amid a remarkably consistent weekend of racing, Irish racing driver Peter Dempsey accomplished the motorsports equivalent of pitching a 'perfect game' in baseball; fastest in every practice session, on the pole for both races, on the top step of the podium both Saturday and Sunday – a total sweep of Rounds 8 and 9 of the 2009 Star Mazda Championship presented by Goodyear at the Harrah's Autobahn Grand Prix Presented by Mazda. Driving the #3 Juncos Racing / HOOTERS / Motorsport Ireland / Queyside.ie Mazda, Dempsey has now won four races so far this season – equal to his 2008 season total, but with four races still remaining on the 2009 Star Mazda schedule. He has accomplished this driving for two different teams, winning on both road courses and ovals; he leads the championship with 342 points.

Starting on the outside of the front row for both races, and finishing second both times, was Englishman Adam Christodoulou, driver of the #11 JDC Motorsports / Molecule Mazda. He has won two races so far this season (Sebring and Salt Lake City), scored two poles, finished on the podium six times and is second in the championship with 323 points. Among the top-3 finishers, the only variety of the weekend was provided by another Englishman, Richard Kent, who supplanted Saturday's third-place finisher, Conor Daly, in the Sunday results. Kent, driving the (#33 Andersen Racing / Traka / Lafarge / Allied Interior Products Mazda won at New Jersey, started from the pole three times, scored three podium finishes and is 7th in the championship with 255 points.

"It was a very tough race for me because Adam (Christodoulou) was pushing me a lot harder than yesterday," said Dempsey, who won four races and finished third in the championship last year. "Fortunately I got an even better start than yesterday and did a good first lap on cold tires to build a little bit of a gap. I just had to try and be consistent from there on, but the Juncos team gave me a great car and the Goodyear tires were just perfect. Yesterday in qualifying it was a lot cooler, so we did change the car just a bit for today's race in the heat of the afternoon, but the changes worked just perfectly. We have a good bit of momentum going at the moment, and the next race on the schedule, Trois Rivieres, was a race I won last year, so we feel like we should be able to keep it going."

Next up on the 2009 schedule for the Star Mazda Championship presented by Goodyear is a two-race swing through Canada; as a featured race at the Grand Prix de Trois-RiviÃ¨res on August 16, and with the American Le Mans Series prototypes in the Mobil 1 presents the Grand Prix of Mosport on August 29. Current championship leader Peter Dempsey won both of these races in 2008, his first year competing in the Star Mazda Championship.