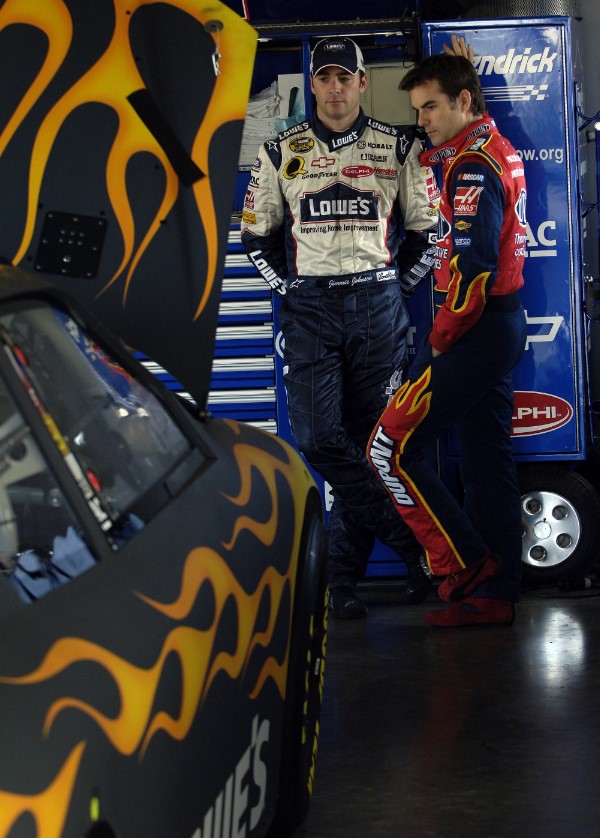 Which driver is most likely to win the 2008 Sprint Cup championship? It’s no surprise that Micah Roberts of Station Casinos favors Jimmie Johnson the favorite by a narrow margin over Jeff Gordon. Theirs was the story of 2007 in terms of the competition in NASCAR’s premier series. Roberts rates Johnson’s odds as 4-1 and Gordon’s as 9-2.

“The Hendrick teammates were equally consistent using the ‘Car of Tomorrow’ and the ‘Car of Yesterday’ last season," said Roberts. “No other team was close from start to finish on the season. Because the Hendrick team appeared to have such an edge in the COT last season, and the fact they’ll be using the model for all 36 races this season, the question of the season will be, ‘Who can compete in the COT with Johnson and Gordon?’"

Roberts rates Matt Kenseth, the top Ford driver, at 8-1. Kurt Busch, the highest-rated Dodge driver, is at 15-1. Dale Earnhardt Jr., like Kenseth, is rated at 8-1, tying the two for third overall in the ranking of odds. Stewart is ranked fifth. Clint Bowyer and Carl Edwards are, like Kurt Busch, rated at 15-1. Gaston Gazette