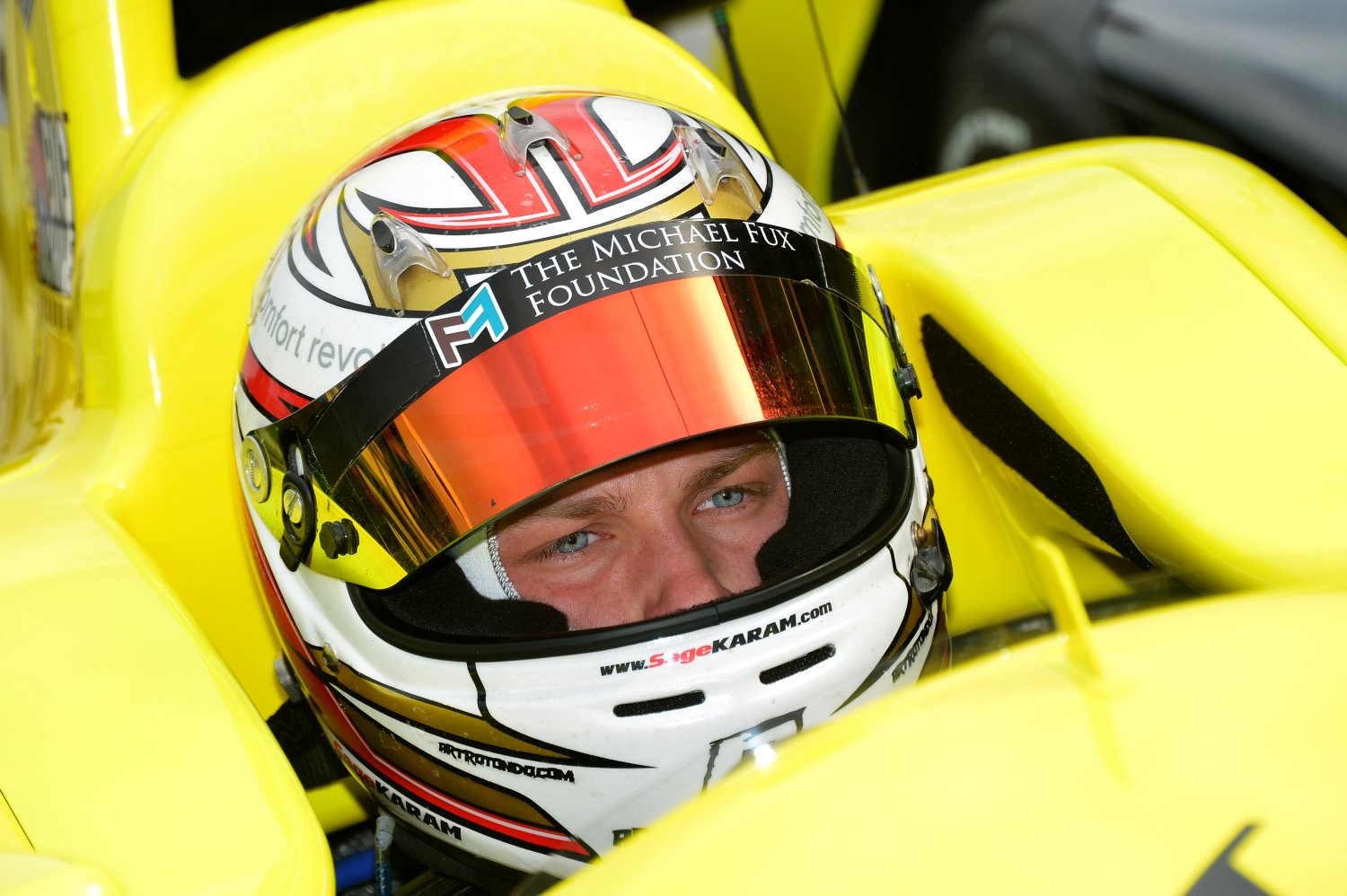 Recall, we originally rumored in Detroit that 2013 Indy Lights Presented by Cooper Tires Champion Sage Karam was looking to potentially run more races this season. Karam, of course, ran the Indianapolis 500 in a satellite Chip Ganassi Racing entry for Dreyer and Reinbold/Kingdom Racing. The Nazareth, PA native has also participated in a handful of Tudor United Sports Car races for Ganassi, including last week's Brickyard Grand Prix, where he and Scott Pruett finished second.

Now, Karam told us in the Motor City, the GoPro Grand Prix of Sonoma was a possibility due to a test in advance of the August 24th race. However, we bumped into the talented youngster this morning and it seems that if Karam does run again in 2014, it will likely in the MAVTV 500 at Auto Club Speedway. Further, Karam's ride would be in conjunction with Dreyer and Reinbold, not a fifth Ganassi entry.

Of course, Karam agreed to a long-term contract with Ganassi in April. And we can report that the team boss has asked the Nazareth, PA native to be at each of the remaining four races. Karam was on Scott Dixon's pit stand during this morning's practice session at Mid-Ohio, and is being mentored by four-time series champion and three-time Indianapolis 500 winner Dario Franchitti.

So, what does all of this mean exactly?

It's hard to say for sure. However, as AR1's Brian Carroccio reported a few weeks ago in Iowa, all indications are the 18-year old Karam is part of the organization's long-term plans, although as . Further, as Brian C's report suggested the team which has scored 5 of the last 6 Verizon IndyCar Series championships, does seem to be taking their time in bringing the talented Karam along.

So, how exactly Karam fits into Ganassi's and what exactly the timetable is, remains wait and see.