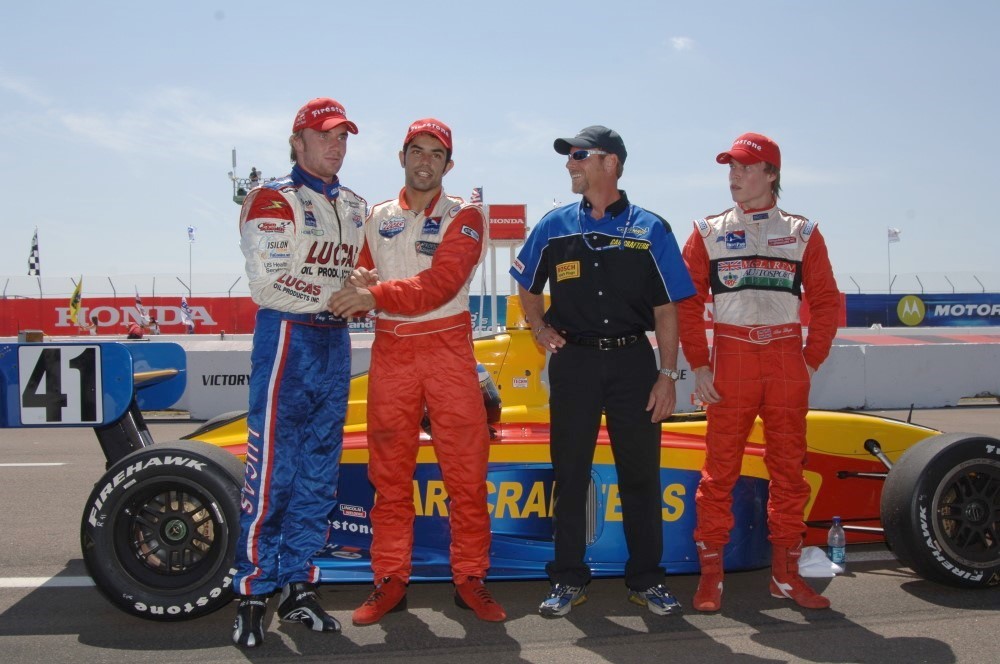 Top-3 Indy Pro Drivers – look for great things from these three in the future (L to R) Jay Howard (2nd), Raphael Matos (1st), and far right Alex Lloyd (3rd). Matos is switching to the Champ Car Atlantic Series effective immediately and Jay Howard looks to run at least one race in the series in the not too distant future. Photos courteous Indy Racing League

"The sun was shining so I'm sure they had a good time," Howard said. "They won't be looking forward to going to England."

Right, Howard gets a hug from an admirer (girlfriend?) after finishing 2nd Sunday.

Matos, who will race in the Atlantic Series for the rest of the season, earned his second consecutive win. He also took Saturday's race, in which Howard was third.

"Two wins in two days," Matos said with a smile. "It's like a dream come true."

Howard, meanwhile, said he wants another crack at Matos.

"Maybe I'll go visit him in Atlantics and see if I can upset his party," he said. St. Petersburg Times