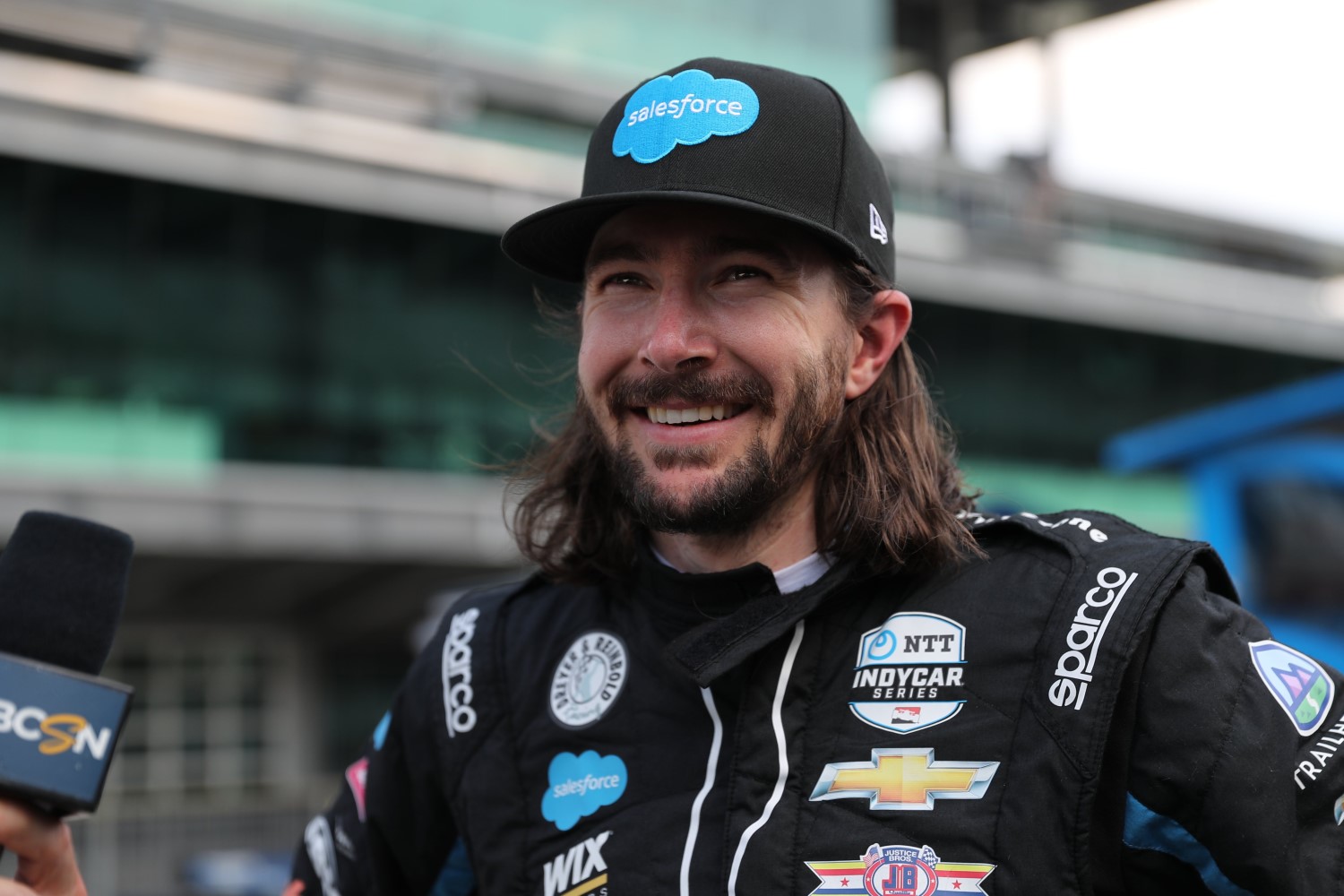 Hildebrand, a nine-time Indy 500 starter, was the 2011 Indy 500 “Rookie of the Year" and has recorded four top-ten finishes at the “Greatest Spectacle in Racing." This year’s J.R. entry will be his third consecutive appearance in the Indy 500 race with the Dreyer & Reinbold Racing organization after finishing 11th in 2018 and 20th in 2019.

The 32-year-old driver from Boulder, Colo., made his IndyCar Series debut with Dreyer & Reinbold Racing in 2010 at Mid-Ohio Sports Car Course. He also drove the DRR IndyCar at Sonoma Raceway that year.

Among his previous Indy 500 races, the California native has scored finishes of second, sixth, eighth and tenth. Hildebrand was the 2009 Indy Lights champion and also captured racing titles in the USF2000 (2006) and SCCA Formula Russell (2004) series.

Dreyer & Reinbold Racing will also field young Sage Karam in the No. 24 WIX Filters Chevy in this year’s Indy 500.

“This will be the third straight Indy 500 having a great relationship with Dennis Reinbold and the Dreyer & Reinbold Racing team," said Hildebrand. “Of course, I started my IndyCar career with Dennis back in 2010 when he brought me up to the big leagues into the NTT INDYCAR SERIES. We have always had a great connection over the years.

“I’m so bummed that the extenuating circumstances we’re all faced with have prevailed. It won’t the same without the fan’s energy, but we’ll promise to bring the noise as if it was a packed house anyway this one year."

One of the Indy 500 legacies continues with the Dreyer & Reinbold families at the Indianapolis Motor Speedway, dating back to 1927 with DRR team owner Dennis Reinbold’s grandfather, Floyd “Pop" Dreyer, serving as a mechanic in the 1927 Indy 500. Dreyer, a famed motorcycle racer before building and owning racing cars, built a variety of Indy 500 entries, sprint cars and midgets from the 1930s to 1950s.

“I’m very excited to have J.R. return to the Dreyer & Reinbold Racing team for this year’s Indy 500 at the Indianapolis Motor Speedway," said Reinbold. “Our team has experienced an excellent combination with J.R. and Sage working together in recent years at Indy. J.R. brings our team a lot of background at Indy and helps develop our race cars quickly in practice and prepare for qualifying. We have two very talented young drivers again this year. We believe we have a strong two-car lineup ready to race hard for the victory on August 23."

Hildebrand will begin Indy 500 practice laps on Wednesday, August 12, when practice rounds open on the historic two and a half-mile oval. Qualifying for the 104th running of the Indy 500 is set for Saturday, August 15, and Sunday, August 16. The start for this year’s Indianapolis 500-Mile Race is scheduled for 2:30 p.m. EDT on Sunday, August 23.