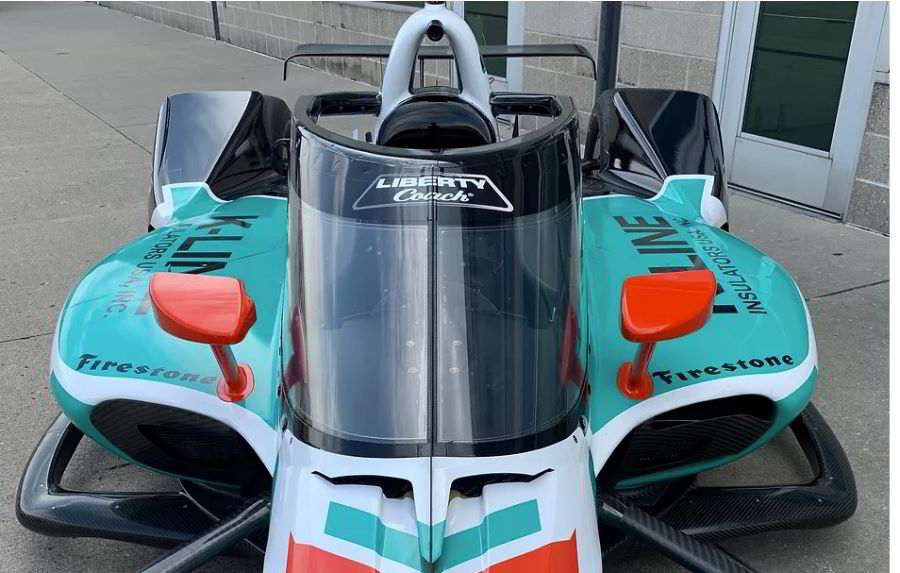 Liberty Coach has joined as an associate sponsor of A.J. Foyt’s No. 41 K-Line Insulators USA Chevrolet driven by Dalton Kellett. Liberty Coach is the premier manufacturer of Prevost motorcoach conversions, the finest recreational vehicles in the world.

The agreement is the company’s first foray into sponsorship of an NTT INDYCAR Series team and the company’s logo will be featured on the aeroscreen of Kellett’s car. The rookie driver will be staying in a luxury coach for the duration of the event which starts with on track activities on August 12th.

Kellett, who has been driving the No. 14 Chevrolet on the road courses for the team this season, will be making his Indy 500 debut in the No. 41 entry. He is thrilled to have a Liberty Coach as his home base at Indianapolis Motor Speedway.

“I'm very happy to welcome Liberty Coach, Inc. to the #41 team for the Indy 500," Kellett said. “We live at the track for two weeks during the Month of August. Having one of their world-class motorcoaches to call home, during that time, will really make things easier. They have all the amenities of home, are well-designed, and are very spacious. I'm looking forward to relaxing in the coach after a long day at the track!"

The company began in 1968 with Konigseder, Sr. and his wife Jeanne converting a 1954 Greyhound bus with over two million miles on it. They were disappointed with the production motorhomes on the market. What started as a backyard business has grown into the manufacturer of the world’s premier luxury motorcoach conversions. With coach number 874 being customized now, the company turns out on average 15 coaches a year “due to the complexity of coaches today" according to Konigseder, Jr. With nearly all of its 2021 inventory sold, the company is focusing on its 2022 models.