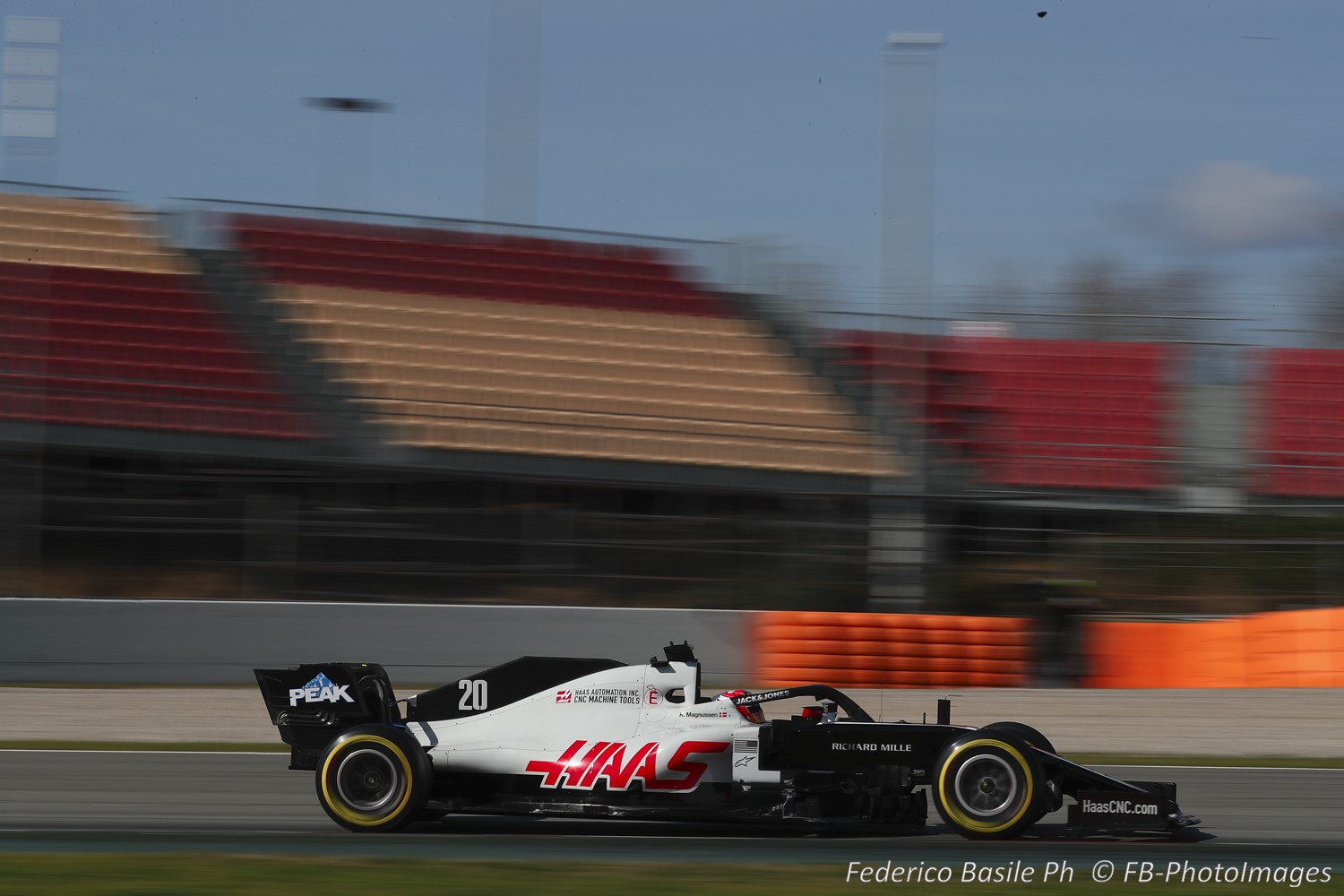 (GMM) Kevin Magnussen thinks something is fundamentally wrong with his Haas car.

The Danish driver retired from Sunday's race at Silverstone with excessive vibrations, and the team had run out of suitable new tires to return to the track.

Magnussen suspects something is wrong with his car – but not teammate Romain Grosjean's.

"We were just completely hopeless," he is quoted by Ekstra Bladet newspaper. "We know the car is not this bad, so there's something wrong with the one we're using here.

"We had that crash last Sunday, and the parts we used this week are old – from the winter test. I don't know what else it could be, because I know the car is better than this.

"It was just my side of the garage. Everything with Romain has been fine. We are hopefully looking into it and building a new car for Spain," Magnussen said.

Team boss Gunther Steiner said he understands there is a problem with Magnussen's car.

"We can rebuild it, but it's also about finding out what happened," he said. "Otherwise you build it again and again and end up in the same situation.

"We will do our best over the next few days before going to Spain."