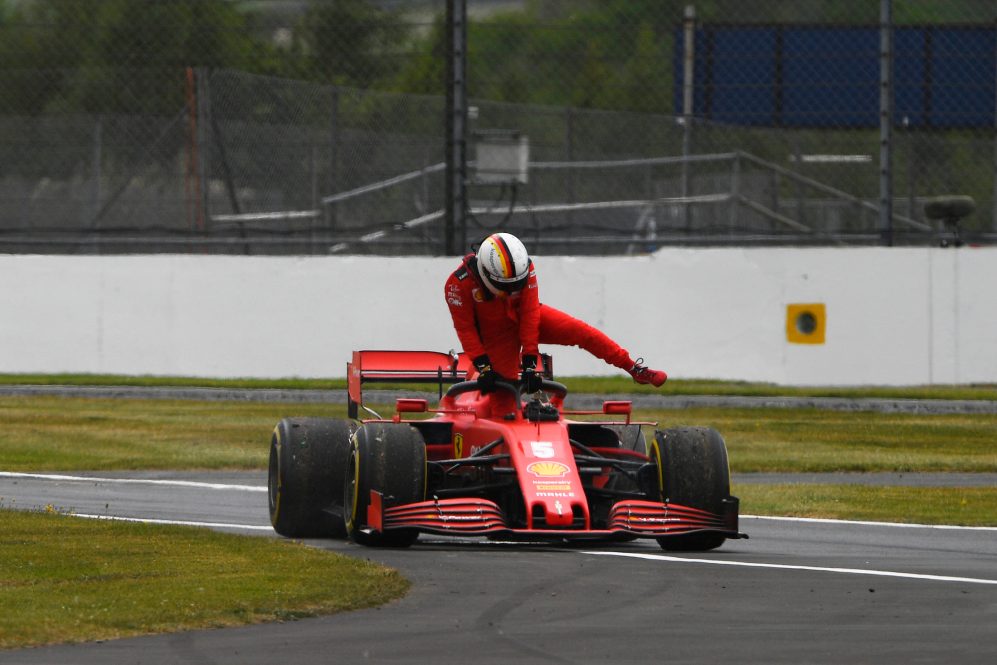 (GMM) Big questions are being asked about Sebastian Vettel's obvious decline at Ferrari.

With Vettel to be ousted at the end of the year, Mercedes' Lewis Hamilton wonders if Ferrari has stopped supporting the quadruple world champion altogether.

"I don't think they're doing much to make Sebastian shine at the moment," he said.

Tires are an issue this weekend at Silverstone, with Hamilton saying he will take it easy in Sunday's race "as they will probably explode".

"No matter what I try, it feels like I'm pushing against a wall," the 33-year-old told German media.

"A Vettel is not three or four tenths slower than a Leclerc," he told RTL.

Another ex-driver, Ralf Schumacher, agreed: "Sebastian is not half a second slower than any teammate.

"It is very clear: his Ferrari does not go faster," he told Sky Deutschland.

Even Vettel is confused.

"Why was I clearly faster than my teammate in Spielberg 2 and Hungary, and then at Silverstone I don't recognize the car anymore?" he wondered.

Danner added: "If I was Ferrari, I would have changed the chassis long ago."

Nick Heidfeld, another former F1 driver, thinks the timing of Vettel's departure and his expected move to Aston Martin for 2021 could not be better.

"Especially if his future team gets better results than Ferrari, it's a blessing," he told Bild newspaper.

"It's also a blessing not to have to bear all the pressure of Ferrari's inadequate performance. He will breathe freely again and have a fresh new beginning."