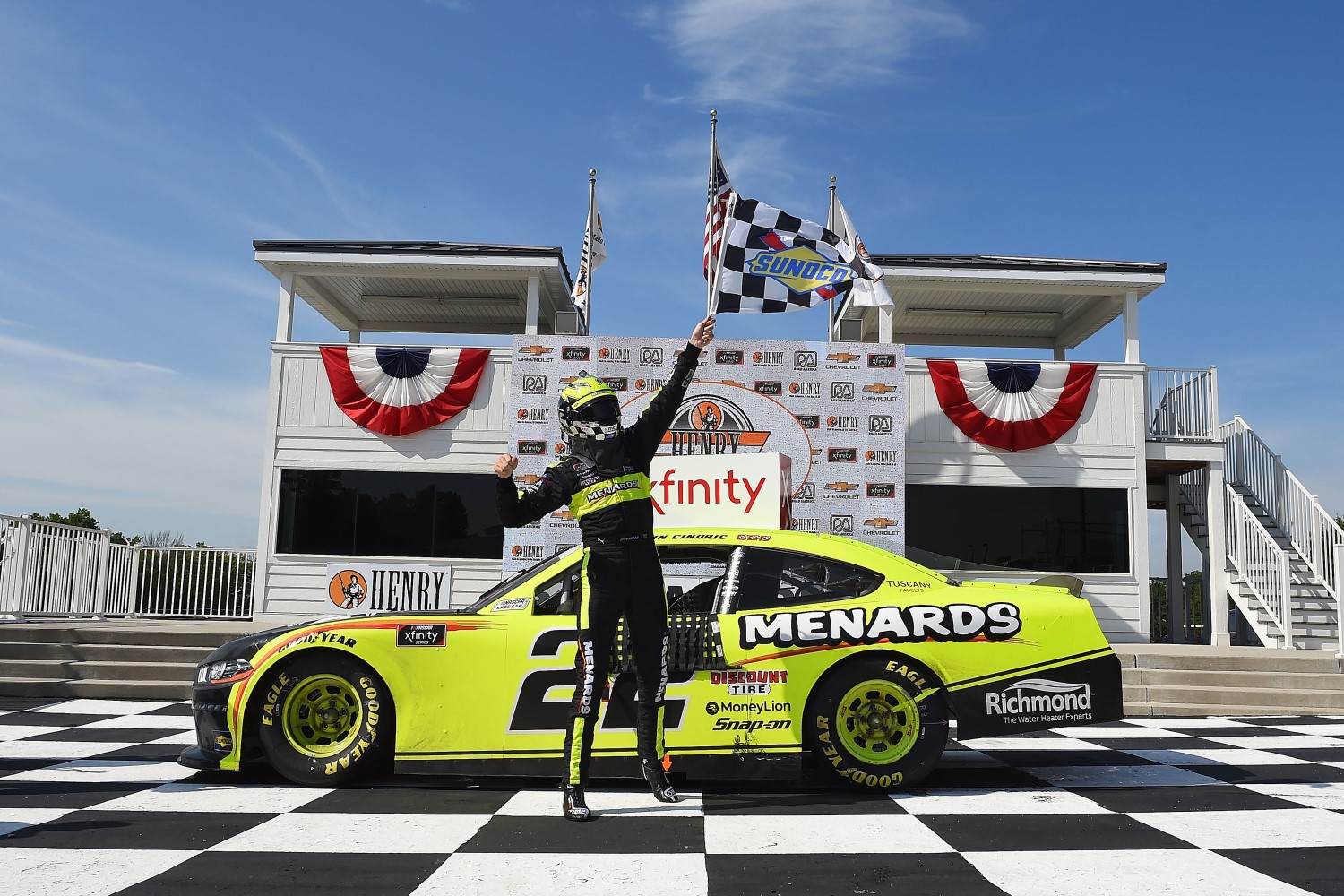 Austin Cindric and the No. 22 Menards/Richmond Ford Mustang team were victorious Saturday afternoon at Road America, winning the Henry 180. The Mooresville, N.C. native led a total of 19 laps, in route to his fourth victory of the 2020 NASCAR Xfinity Series season.

The driver of the No. 22 Menards/Richmond Mustang won for the third time on a road course and has finished second or better in the last five races. He leads the NXS driver standings, 11 markers ahead of second place, Chase Briscoe.

Cindric started second after the field was set per random draw but wasted no time taking over the race lead. The 21-year-old dominated the first part of Stage 1 until an extensive weather delay paused competition.

The red flag was lifted with five laps left in the opening segment. With wet track conditions, teams were allowed to pit for rain tires. Cindric restarted his Mustang first but surrendered the top-spot with three laps remaining in Stage 1. The caution was displayed shortly after the restart, setting up for a one-lap sprint to the finish where Cindric finished second.

Crew chief Brian Wilson made the call to pit during the stage caution for fuel and adjustments and Cindric restarted 17th after a mixture of pit strategy shuffled the running order. Cindric raced his way back inside the top-10 by lap 18 but surrendered his position on lap 25 for slick tires and adjustments. A caution on lap 26 forced the second stage to end under yellow while Cindric was running 18th. During the stage caution on lap 30, Cindric pitted for fuel and adjustments and restarted sixth when the final stage went green with 13 laps to go.

The 21-year-old driver reclaimed the race lead on lap 34 of the 45-lap race. The caution was displayed once more on lap 39 and Cindric pitted for four fresh tires. He restarted fifth with four laps to go but shortly after the restart, the caution was displayed for the final time. Cindric took the green in third position but powered his way to the race lead, holding off-road course ace, AJ Allmendinger during the closing laps to capture his sixth NXS career victory.

Quote: “Yeah, with the cars that didn’t pit we definitely knew whoever had us was going to have to navigate that traffic the quickest. We were able to get around and once AJ got clear I knew I was running qualifying laps. This car was really fast on short runs. Those guys brought a great package and I tried to mind my p’s and q’s and put together two of my best laps to come home with the win. I am over the moon about it. This is the first place I ran an Xfinity race and I feel like every time I have come here we have had a shot to win. It feels great to do it and do it in front of fans and a home crowd from Menards."