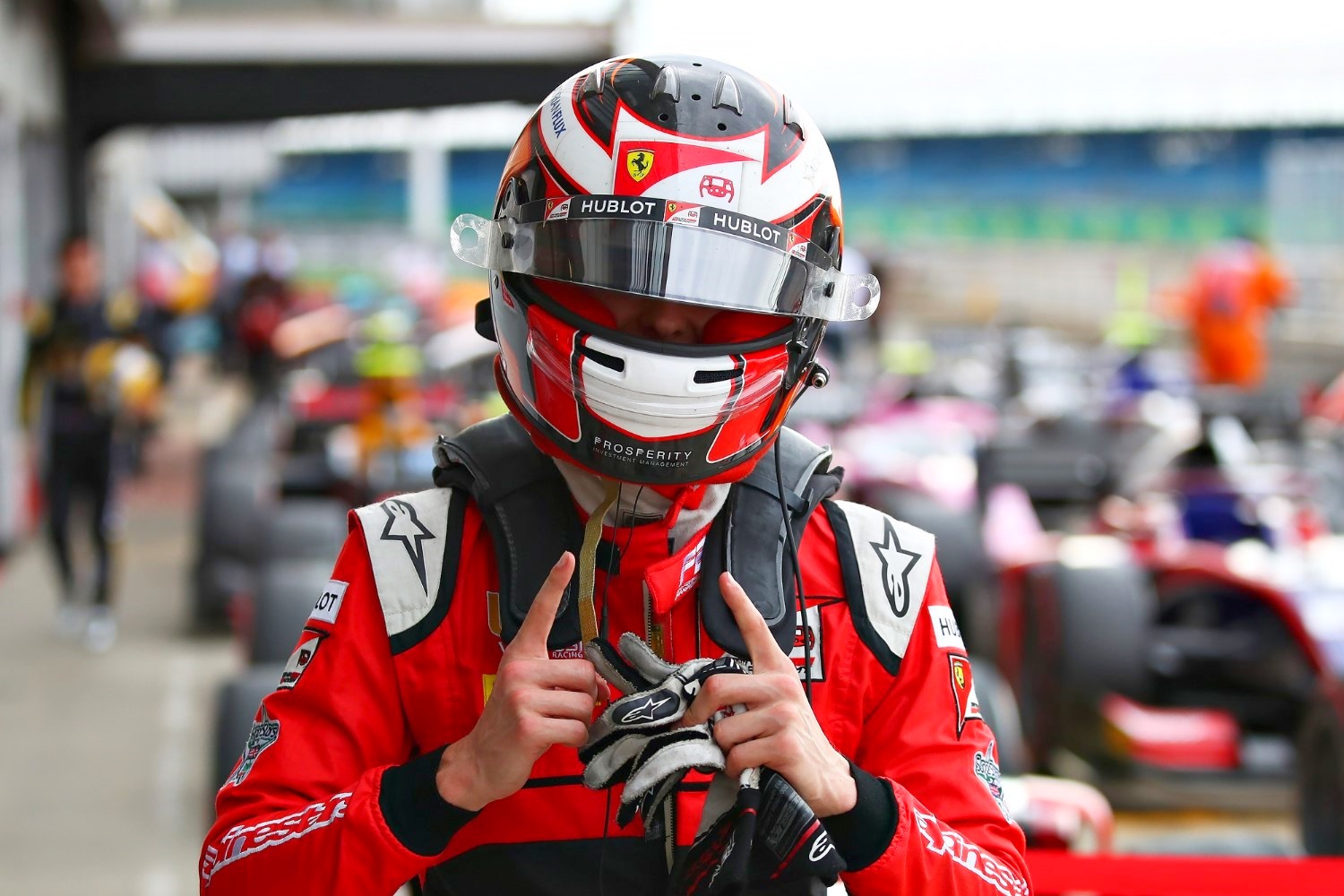 UNI-Virtuosi’s Callum Ilott put the frustrations of Round 4 behind him to control the Formula 2 Feature Race from start to finish, and emphatically snatch the Championship lead from his fellow Ferrari junior Robert Shwartzman on home soil at Silverstone.

The Briton’s day got off to a flyer as he thundered off the line when the lights went out, but arguably, the key to his victory was tire management. Ilott finished nearly 9s ahead of Christian Lundgaard, whose visibly degraded Pirellis prevented him from mounting any form of serious assault on P1.

The top three remained unchanged from Qualifying, as Jack Aitken secured his first podium of the season at his home race in third.

Shwartzman managed to make up three places from 11th, but it wasn’t enough to retain his grip on the Drivers’ Championship. The PREMA racer will have an opportunity to make up some ground in the title race from reverse grid pole in the Sprint Race tomorrow.

Last weekend, Ilott had stalled from second ahead of the formation lap, but there was no sign of something similar from pole in Round 5. The UNI-Virtuosi racer enjoyed a dream getaway from first, peeling away from the pack cleanly into the first corner.

The Briton’s cause was helped by compatriot Dan Ticktum, who stole the attention of front row starter Lundgaard, darting down the right from fourth and ahead of the Dane for P2.

All of Ticktum’s hard work was undone four laps later, as he skidded off the road at Chapel to allow Lundgaard back past, and then went wide at Stowe to allow Aitken ahead too.

Mick Schumacher had vaulted off the line himself and watched gleefully as Ticktum fell into his clutches. The German went side-by-side with the DAMS driver into Turns 3 and 4, and eventually edged past in a protracted, but hard-fought move. Nikita Mazepin immediately followed the PREMA through, to drop Ticktum to sixth.

The majority of those who started on the softs changed on Lap 7, including Lundgaard from P2,

but Ilott opted to wait and switch to the hard Pirellis a lap later.

His decision proved well-founded, as he maintained his position ahead of Lundgaard on his return from the pitlane, top of the drivers on the option-prime strategy. This handed Schumacher the lead ahead of Mazepin, both on the alternate strategy.

Ilott was wary of putting too much pressure on the hard tires on their maiden laps, but did manage to fight past Artem Markelov for P9 and put some breathing space between himself and Lundgaard.

The Briton got the tires up to temperature and felt comfortable enough to fling himself ahead of Giuliano Alesi and Roy Nissany too. Lundgaard was already sporting visible blisters on his front left and complained to his team on the radio that the hard tires were struggling as he got stuck behind Alesi, in a train with Aitken and Delétraz.

Schumacher pitted from first on Lap 21 and returned in P12 behind Ticktum. The German took a couple of laps to warm up his tires, but once he had, wasted no time in reclaiming the position from the DAMS driver.

Mazepin went in for his change on Lap 22 and returned the race lead to Ilott, who had made the most of the traffic between him and Lundgaard to build up a mega 8s advantage.

When the Russian returned, he slotted into P8 behind Schumacher, but was revelling in his decision to pit later than the German and used the fresher rubber to fire ahead of both Schumacher, and Yuki Tsunoda, for fifth. He’d follow this up with a last gasp dash past Delétraz on the final lap.

Little else changed on the final lap, as Ilott calmly claimed his second win of the season ahead of Lundgaard. The Dane managed to cling onto second ahead of Aitken, who scored his first podium of 2020. Mazepin ran home fourth, ahead of Delétraz, Tsunoda, Schumacher and Shwartzman.

Ilott moves into first place in the Drivers’ Championship for the first time since Round 2, on 102 points. Lundgaard also makes up a place to second, 15 points behind the UNI-Virtuosi racer.

Shwartzman drops to third on 85, ahead of Mazepin and Ticktum.

In the Teams’ Championship, UNI-Virtuosi strengthen their lead at the top on 157 points, ahead of PREMA on 132 and ART Grand Prix on 121. Hitech Grand Prix are fourth, ahead of Carlin.

“It is great to come away with the win. It was quite a long race, I have to say, but I did everything right and I got the start right.

“I had to extend the first stint because of where we are in the pitlane, otherwise I probably would have missed out on a couple seconds, because I’d have had to let some cars by. It worked out well in the end and I extended the gap a little bit to Christian.

“From there, I just kept it going and kept it on track. It wasn’t easy, the wind was in a different direction to how it has been this week and how it had been last week, which made it very twitchy through the high-speed sections.

“I feel really good to get the win. I should have done it last week, but it couldn’t have gone any better this week. I’m really happy, and a great job from the team."