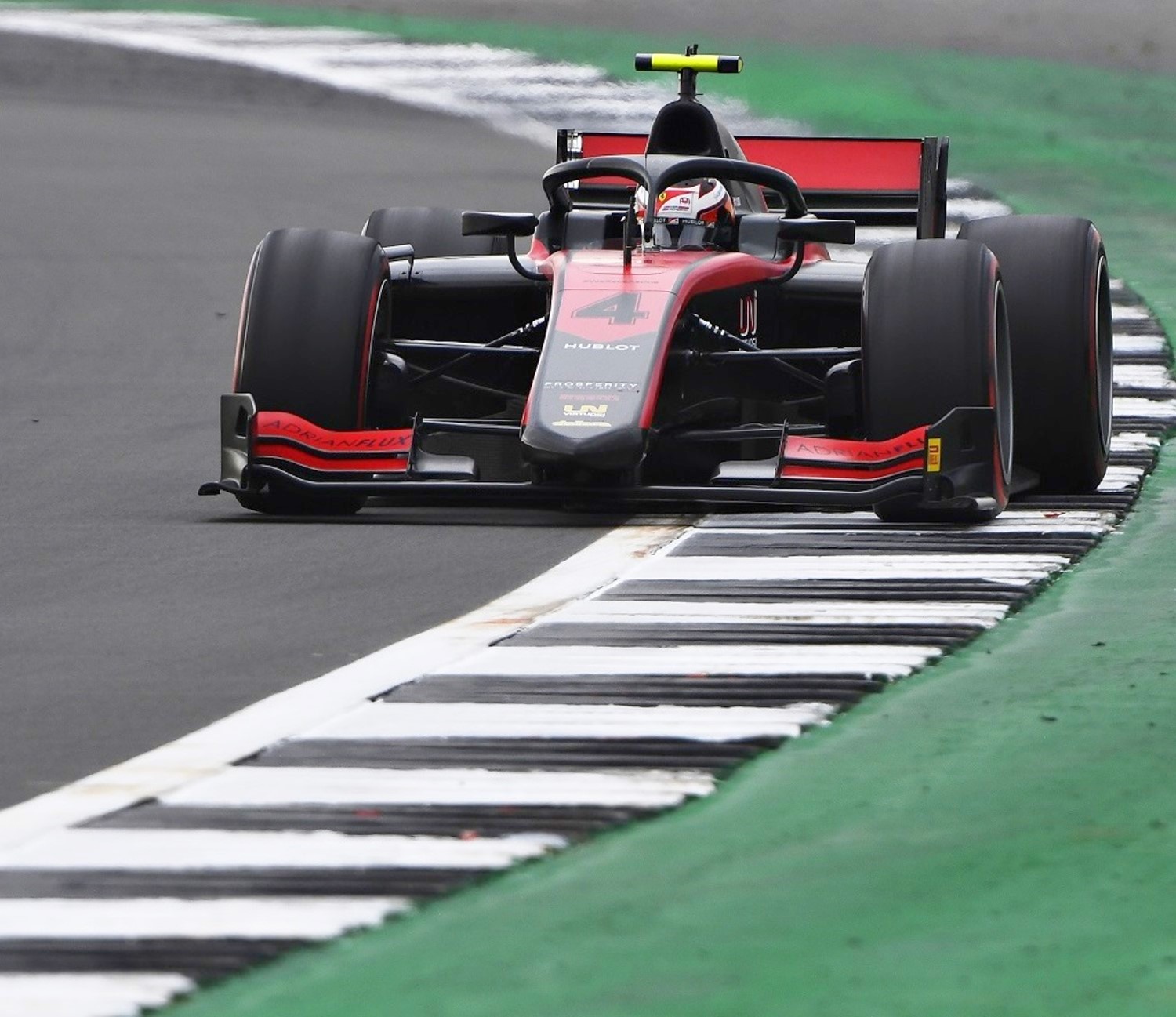 UNI-Virtuosi’s Callum Ilott got his title challenge firmly back on track in the first points’ paying session of Round 5, becoming FIA Formula 2’s first repeat polesitter of the season. ART Grand Prix’s Christian Lundgaard led most of the session at Silverstone, but Ilott dragged his car up from the midfield positions to beat the Renault junior by just one tenth of a second.

Clouds had begun to form over Silverstone at the start of the session, but the temperature remained a warm 28 degrees as Jehan Daruvala led the cars out onto the track.

Lundgaard set the fastest of the first flurry of laps. The title challenger was briefly usurped by Louis Delétraz but leapt back ahead of the Charouz Racing System driver on his next attempt, as did Aitken, Luca Ghiotto and Nikita Mazepin.

The field fed into the pits for a change of rubber at the halfway point and returned with fresh tires. They will race on Pirellis soft compound at Silverstone in the Feature Race on Saturday, having used the mediums last weekend.

Ilott had struggled in the first stint but responded emphatically in the second. The UNI-Virtuosi racer was off the pace in Sector 1, but then went fastest in the second and third sectors to leap from 10th to first.

Dan Ticktum was the only other driver to improve significantly on the first push laps of the second stint. The Briton’s tour was only good enough for fourth though as he nestled in behind Aitken, Lundgaard and Ilott.

Ilott’s route to pole was then made a whole lot easier as Sean Gelael spun on track and brought out a yellow flag in Sector 2, ruining many final pushes.

Starting from P1 at his home circuit in Silverstone, Ilott will hope for victory on home soil when the Feature Race gets underway at 3.45pm local time.