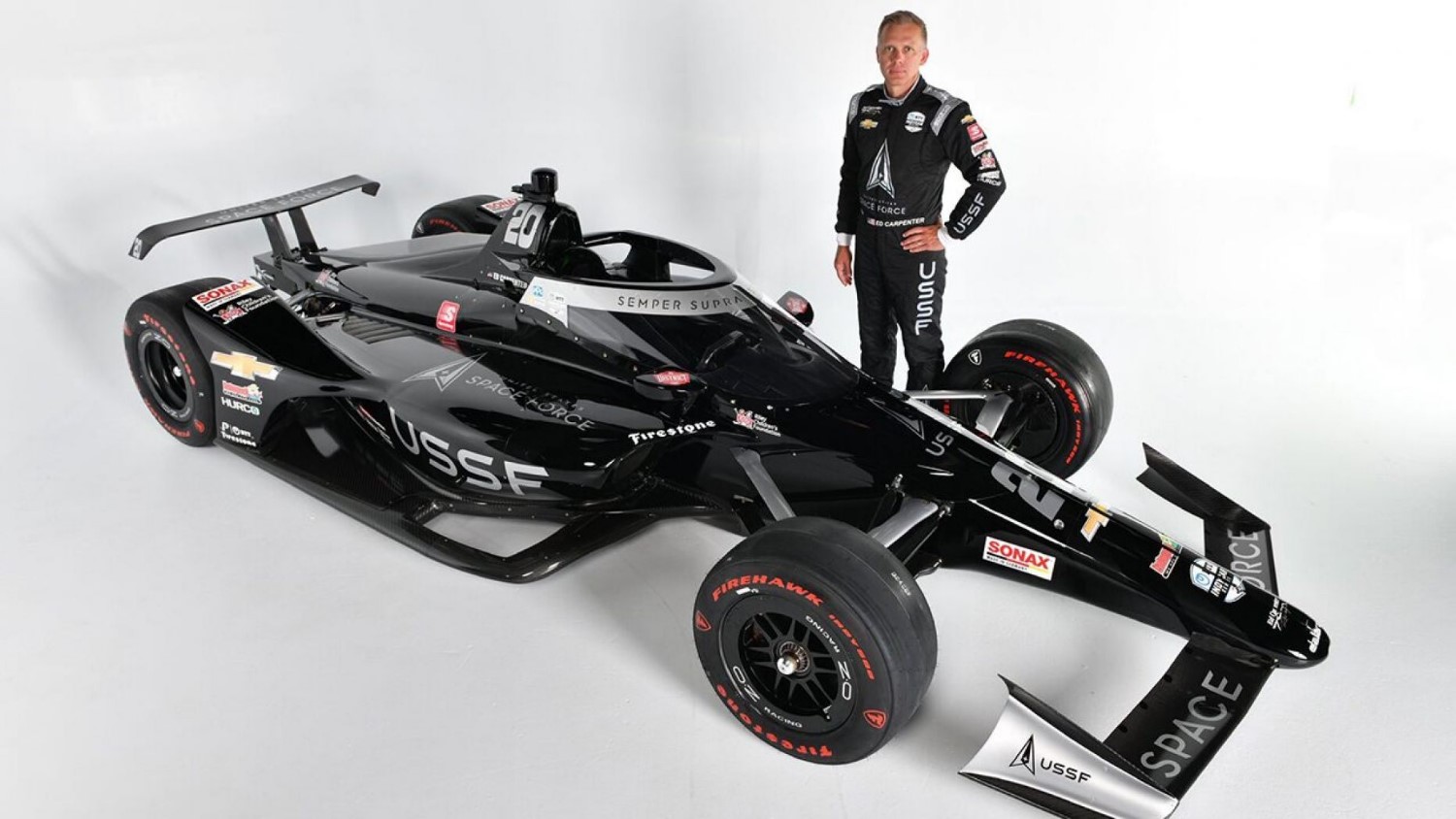 The IndyCar driver’s team will be sponsored by the U.S. Space Force for the Indy 500 on Aug. 23, he announced Friday exclusively on "Fox & Friends."

This year the Indy 500 is being held in August for the first time in history, after its traditional Memorial Day weekend date was postponed due to the coronavirus pandemic.

The Indianapolis Motor Speedway initially planned to allow fans to attend, but announced this week that the race will be held behind closed doors so it won’t contribute to the rising number of COVID-19 infections in the region.

"Unfortunately, this year, due to COVID constraints, there won't be fans there on the 23rd, and we're disappointed about that, but, I'll tell you, because of the space capabilities that fuel our American way of life, Americans from around the world will be able to watch this, and we're excited to be a part of it," chief of space operations Gen. Jay Raymond told "Fox & Friends."

Carpenter only competes on oval tracks and is currently 22nd in the 2020 IndyCar season standings. His best finish at the Indy 500 is second in 2018.

Full-time Ed Carpenter Racing driver Conor Daly is currently 14th and will drive a car with the U.S. Air Force as its primary sponsor, and teammate Rinus Veekay is 20th.