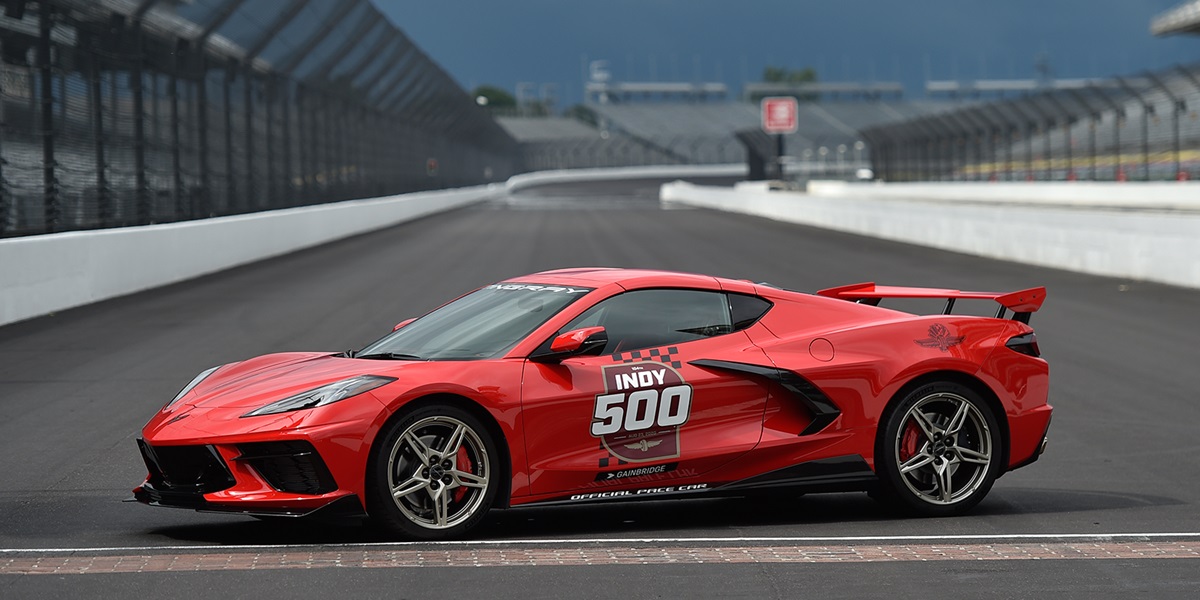 A Torch Red 2020 Corvette Stingray coupe will serve as the Official Pace Car for the 104th Indianapolis 500 presented by Gainbridge, continuing Chevrolet’s tradition of leading the field to the green flag. The Pace Car will be driven by GM President Mark Reuss.

This year, the race will be held outside of May for the first time – Sunday, Aug. 23 – with live NBC coverage at 2:30 p.m. (ET). This marks the 17th time a Corvette has served as the Pace Car, starting in 1978, and the 31st time a Chevrolet has led the field dating to 1948 when a Fleetmaster Six convertible held the honor.

No other brand or vehicle has served as the “500" Pace Car more often than Chevrolet and the Corvette, respectively.

“It’s truly an honor to have the opportunity to be behind the wheel of the mid-engine Corvette Pace Car at such a historic race as the Indy 500," said GM President Mark Reuss. “The 2020 Corvette Stingray is the result of a close collaboration between the Corvette Racing and production engineering teams, setting a new benchmark for supercars around the world."

[adinserter name="GOOGLE AD"]With 495 horsepower, the Torch Red Corvette Stingray can accelerate from 0-60 in 2.9 seconds, capable of 194 mph. It has been named MotorTrend Car of the Year for 2020.

“This is a continuation of our outstanding partnership with Chevrolet," Indianapolis Motor Speedway President J. Douglas Boles said. “We’re so grateful for all that Chevrolet has contributed to the success of our events. The Torch Red 2020 Corvette Stingray is a world-class machine rich with speed, performance and excitement, perfectly suited to pace the ‘500’ field."

Chevrolet has a storied history at Indianapolis Motor Speedway. Chevrolet was founded in 1911, the year of the inaugural 500-mile race, and company co-founder Louis Chevrolet, along with brothers Arthur and Gaston, competed in early Indy 500s. Arthur competed in the 1911 race and Gaston won in 1920.

Pagenaud won the 2019 Indianapolis 500 from the pole driving the No. 22 Menards Team Penske Chevrolet. In 2018, Ed Carpenter won the pole and Power the race in Chevrolet-powered machines.