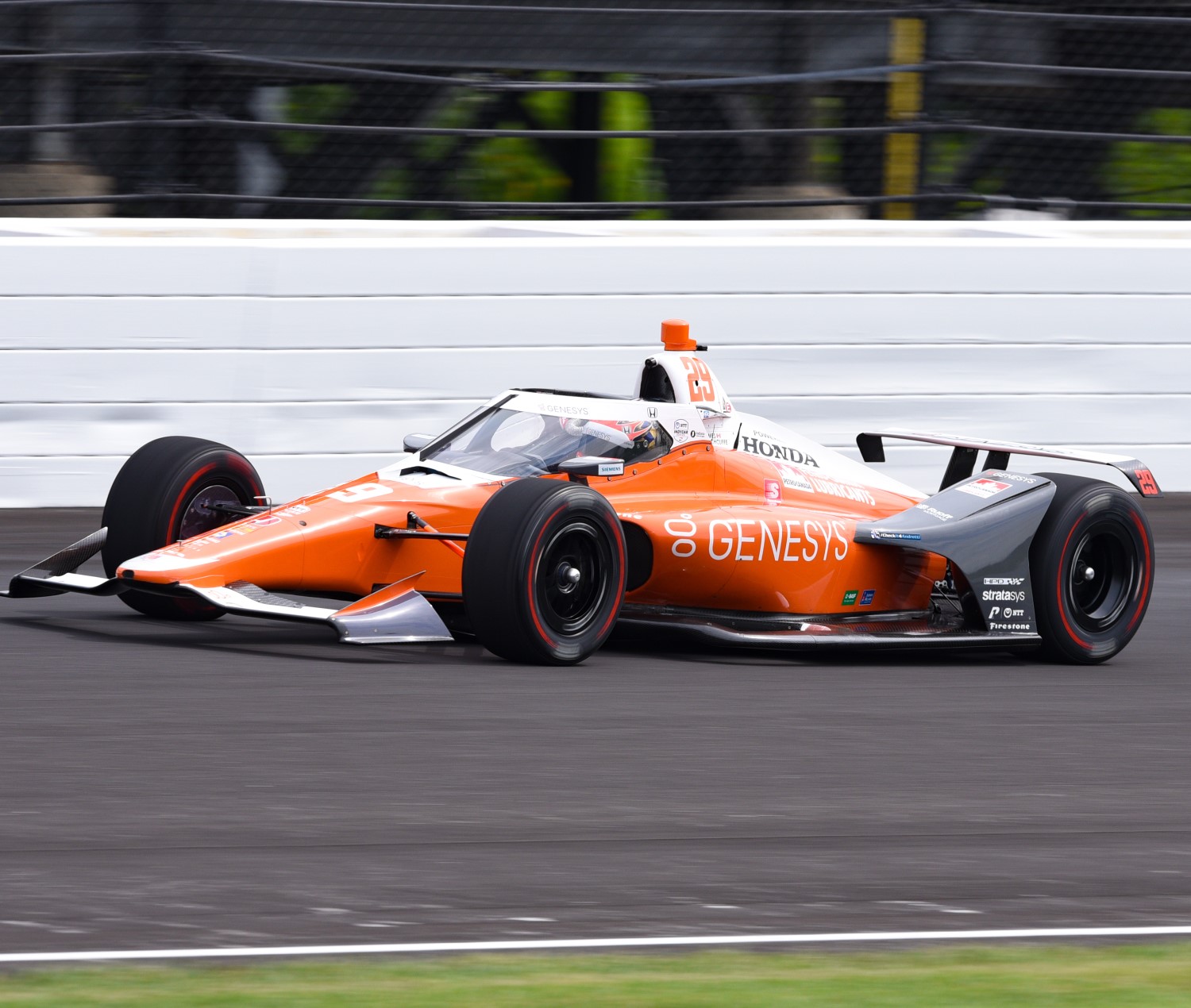 Scott Dixon in the #9 Ganassi Honda was third quick and the three of them were the only drivers over 224 mph. Just 0.08 sec separated the top-3.

Fernando Alonso was the fastest Chevy in the #66 Arrows McLaren SP Chevy.

Dale Coyne Racing with Team Goh rookie Alex Palou took to the famed Indianapolis Motor Speedway oval for the first time on Wednesday. The driver of the #55 Honda successfully ran through all phases of rookie orientation (ROP) and was 8th quickest out of the 33-car field at the end of first day on track.

“This is such a different place than the two other ovals I’ve been to. It’s a crazy place, in a good way," expressed Palou. “That was a lot of fun getting to run with everyone after the Rookie Orientation earlier today. Right now, running alone is easier than with traffic. I think I got really comfortable in the rookie session and again this afternoon running alone.

"But then I was just getting up to speed running in traffic. I was able to follow the cars ahead of me but I’m still working on overtaking them. I’m taking it one step at a time. We have a full day tomorrow and Friday to keep working on that. I think we have a fast car. The Dale Coyne Racing with Team Goh crew did a really good job on the set up and preparing the car."