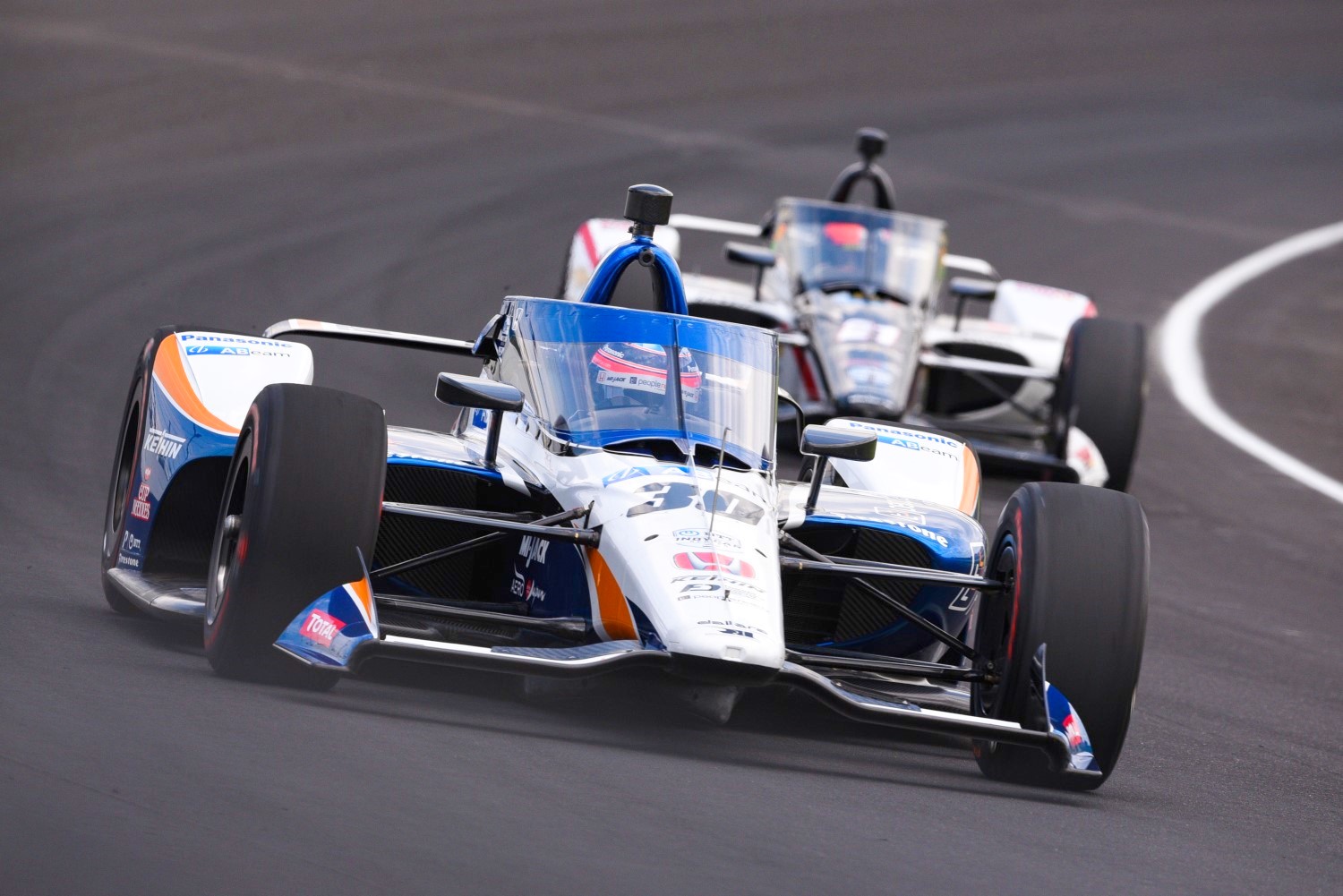 With 2 hours to go in Thursday practice at Indy, the speeds have now climbed to over 225mph.

Takuma Sato is fastest in his #30 Rahal Letterman Lanigan Honda (above) at 225.693mph while Conor Daly is the only other driver over 225mph in his Ed Carpenter Chevy.

Charlie Kimball, Fernando Alonso and James Davison round out the top-5.

We do not see a lot of passing for position on the track. Not yet certain if the aeroscreen has made it harder to pass, but it appears similar to last year when you had to take several laps to get the momentum up to pass a car – except for Simon Pagenaud who was able to pass Alexander Rossi at will last year to win the 500, and we saw him smoke Rossi today and then gap him.

So far this year Rossi is nowhere – down in 24th place with the back markers. Is he working on race day setup or is he just too slow? His teammates are all faster.

Speeds with 2 Hours to Go