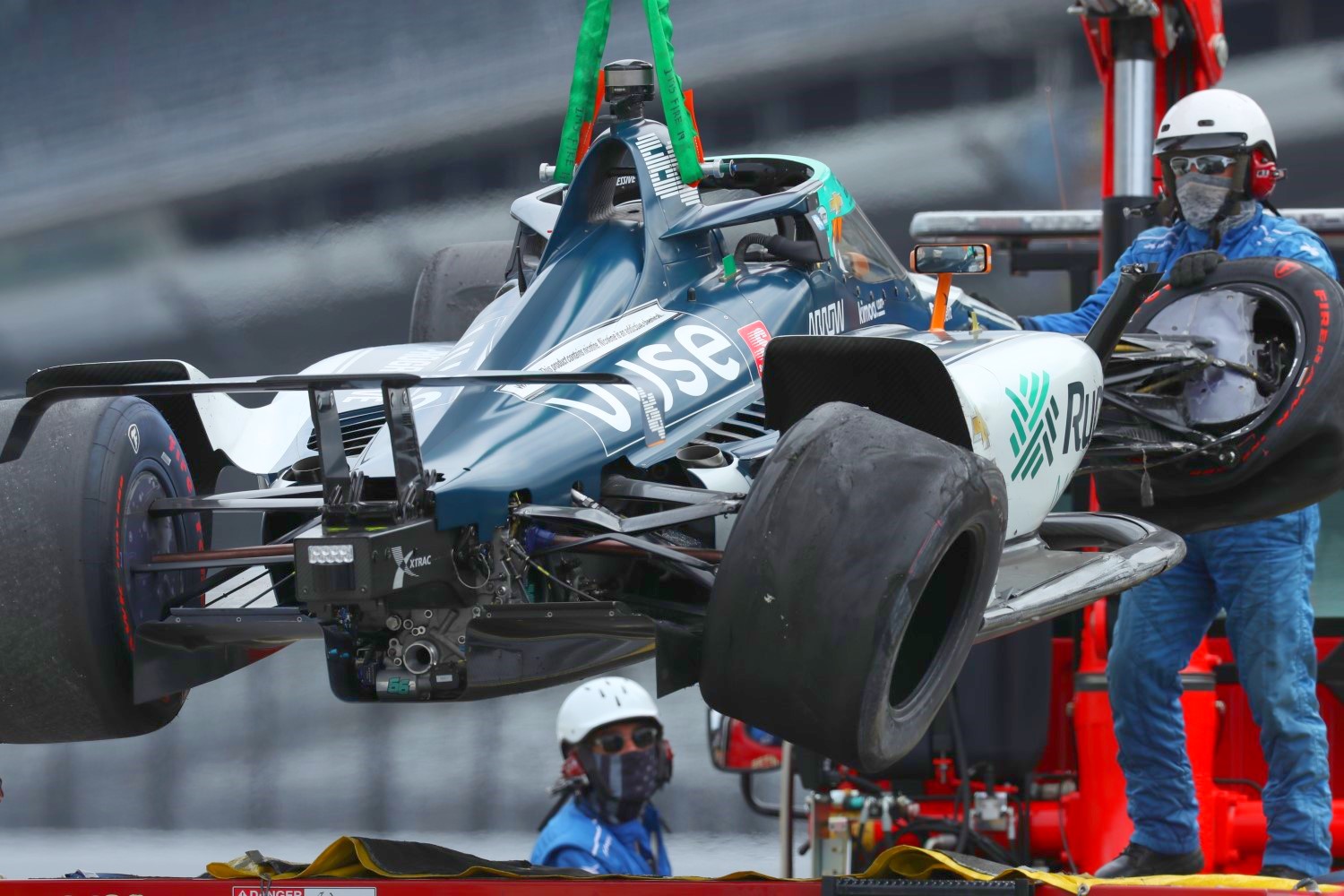 Fernando Alonso learned what every IndyCar driver learns the hard way – he touched the inside concrete berm in turn 4 and that unsettled the car, and that sent him sliding up the track, and he pancaked the outside wall in Turn 4 with his #66 Arrows McLaren Chevy.

The car then slid down into the pitlane, but stopped short of hitting any of the cars in the pitlane.

The right side of the car, including both the front and rear suspension, were damaged relatively heavy that will require overnight repairs.  Alonso himself got out of the car no worse for wear.

Alonso put in 126 laps today, 2nd most, but the Speedway bit him in the final hour.

He kissed the berm in Turn 3 and tried to do the same in Turn 4, but he hit it too hard and it cost him dearly.

He commented afterward: “You lose the car, you lose the grip of the car, and this place, the walls are coming very close.

“Unfortunately, it happened again. We’ll learn from this. Nothing we can do now. Tomorrow, we’ll start again.”

Day 2 of practice was put to a halt after this @alo_oficial crash.