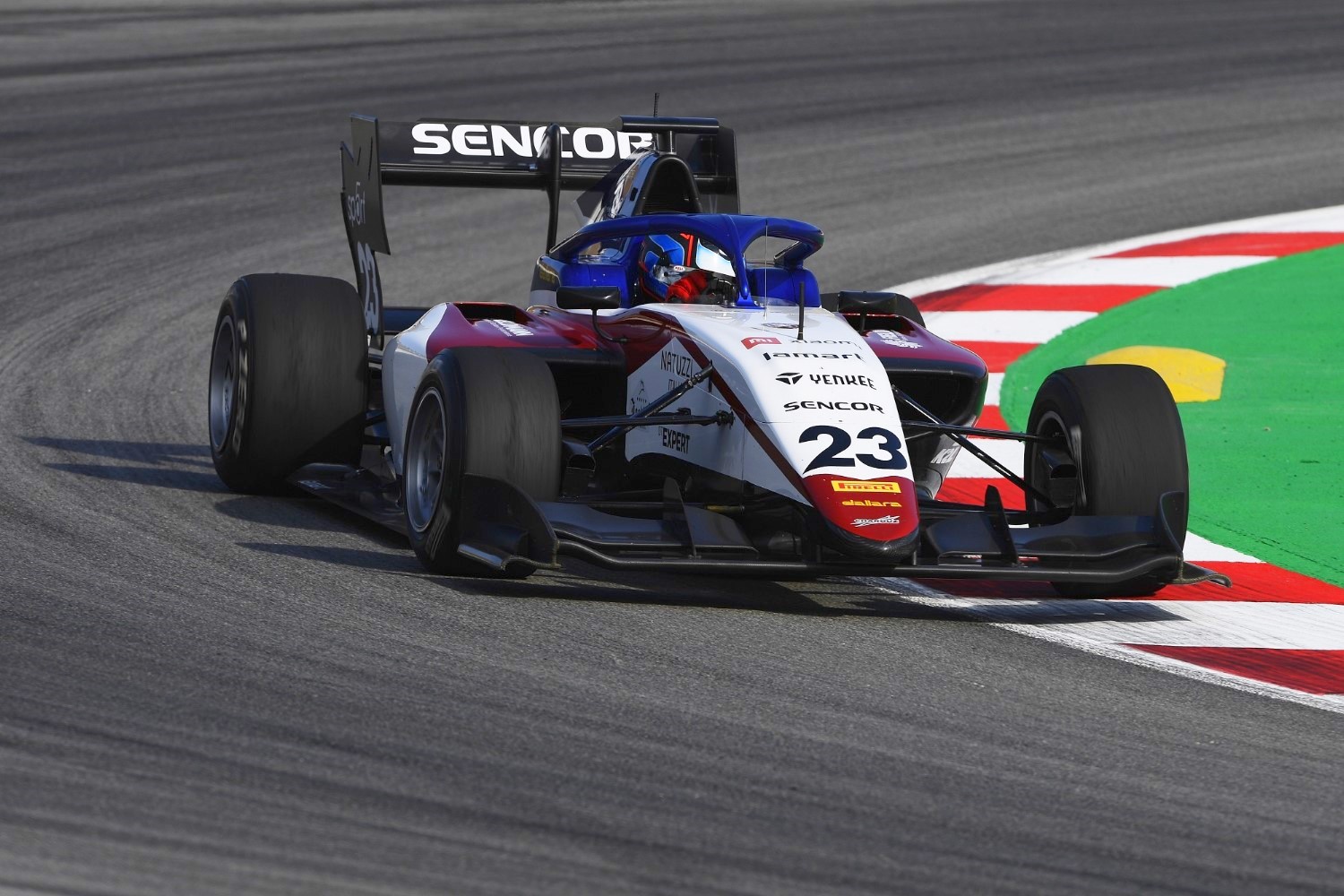 FIA Formula 3’s youngest driver, Roman Stanek, topped his first ever session in the Championship by going fastest in Free Practice at Barcelona ahead of Campos’ Alex Peroni, and PREMA’s Logan Sargeant. The Charouz Racing System driver set his time of 1:33.737 just before a red flag ended the session after Alessio Deledda went off track.

Most of the grid opted not to get out onto the Circuit De Barcelona-Catalunya straight away, with only Campos and Charouz’s drivers getting a flying lap on the board in the opening five minutes. It was a fairly steady one at that, with Stanek the first racer to top the leader board, testing the track conditions and warming up his tires with a 1m 37s.

Leonardo Pulcini headed out for the first time in 2020 with Carlin Buzz Racing, and instantly leapt to first place by dropping the time down to 1:35.175. His teammate, Clément Novalak, went one better on his maiden flying lap, dropping the time by two tenths of a second.

The rest of the field began to head out for their first runs of the weekend, with Théo Pourchaire, Jake Hughes and Sargeant all exchanging the fastest time between them. All three momentarily held on to it, but Sargeant appeared to be the most in control.

The new Championship leader was then joined at the top by his title rival and teammate Oscar Piastri, who dived into second place ahead of Hughes. They were then separated by Peroni as the cars headed back into the pits for a freshen up. When they returned, the Campos racer went one better, going the quickest by just 0.004s.

Stanek managed to dash into first place, before Deledda skidded off the circuit and came to a halt in the gravel trap, which brought out a red flag. With just three minutes to go, the session was ended prematurely.

That meant that Stanek held on to first place, one tenth of a second ahead of Peroni and Sargeant. Igor Fraga sat fourth, with Piastri fifth, followed by Hughes, Pourchaire, David Beckmann, Liam Lawson, and Frederik Vesti.

Having topped a session for the first time in F3, Stanek will look to take the confidence gained into Qualifying at 2pm local time.