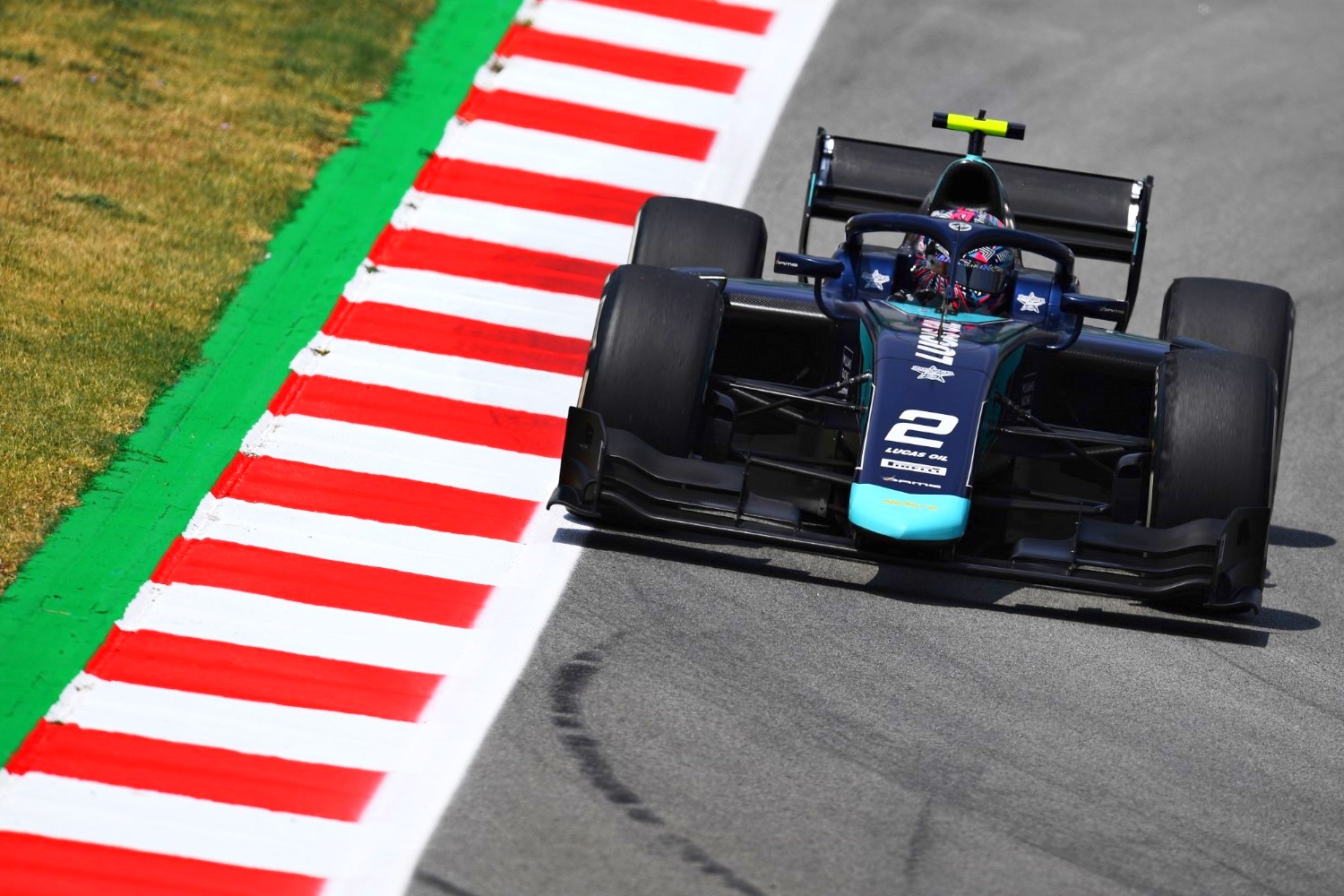 FIA Formula 2 Free Practice was settled by the smallest of margins in Barcelona. DAMS’ Dan Ticktum beat out PREMA Racing’s Mick Schumacher by just 0.009s to top the opening session for the first time in F2. Carlin’s Yuki Tsunoda was just 0.1s further back, clinching third.

The field fed out onto the Circuit de Barcelona-Catalunya for a quick installation lap, before diving back into the pitlane. The PREMAs were the first to return to the track for a flying lap, and Robert Shwartzman tested the conditions with an initial attempt of 1m 50s, before firing around in 1m 30s once his Pirellis were warm.

His teammate, Schumacher, was able to better him by two tenths on the next tour of Barcelona before Felipe Drugovich got a fast lap in of his own to take P1. The times continued to tumble as driver confidence grew, and it was Schumacher who broke the 1m 29s barrier for the first time.

Ticktum joined the German in breaking that barrier, and he even managed to do it ever so slightly faster, going 0.009s quicker, to jump to first. Tsunoda also dipped under 1m 30s, but couldn’t quite match the PREMA, settling for third, 0.1s off.

Knowing how challenging the hard Pirelli tires have been to manage so far this season, the teams switched their focus to longer runs at the midway point. These runs were brought to a halt when Marino Sato ran out of road and got himself stuck in the gravel trap, which brought out a red flag and suspended the session with ten minutes to go.

Returning with five minutes on the clock, the grid opted against setting any more fast laps. Ticktum would remain top, ahead of Schumacher and Tsunoda.

Ticktum will look to convert his one-lap pace to pole in Qualifying this afternoon, which takes place around Barcelona at 5pm local time.