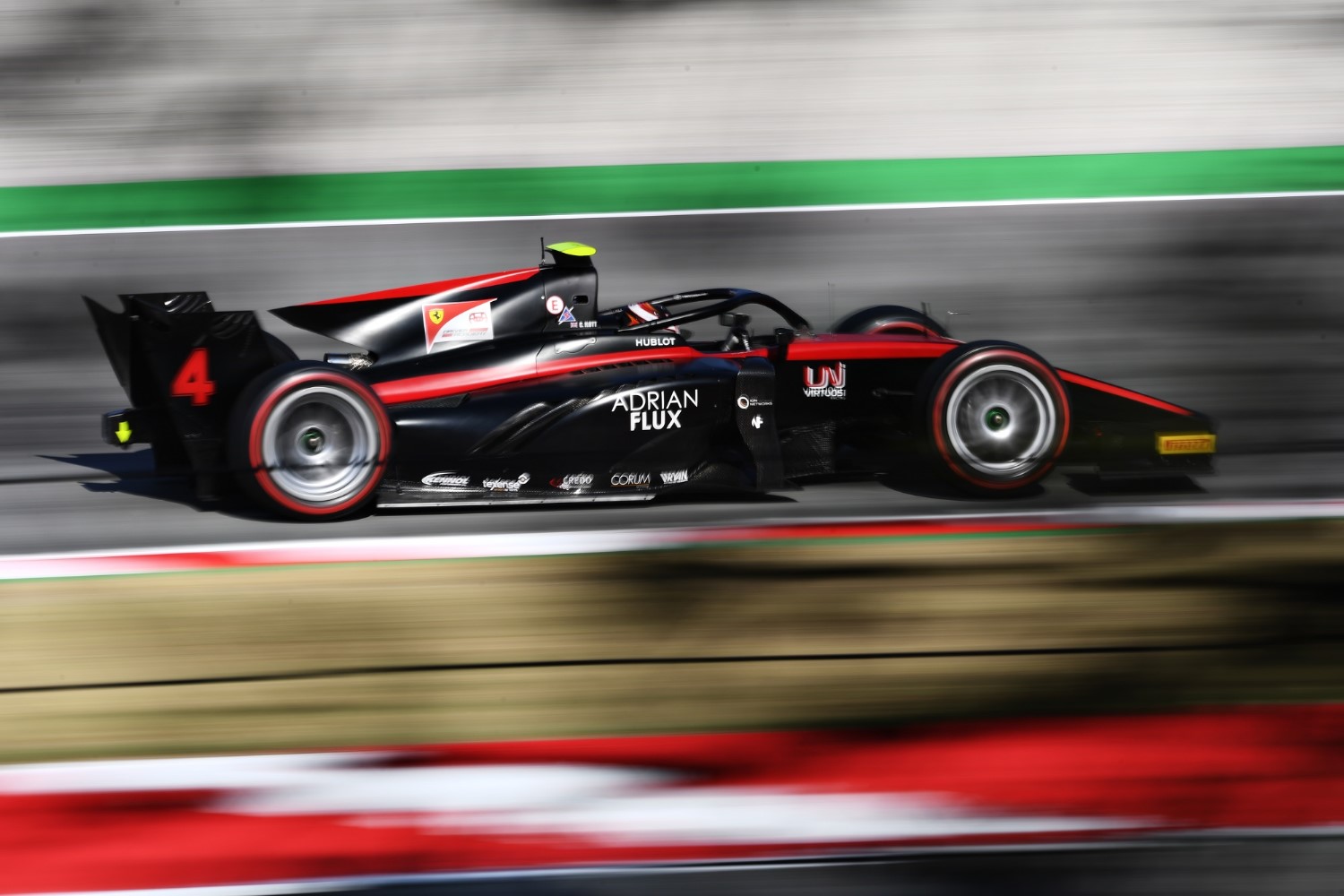 Championship leader Callum Ilott sealed his second successive pole position in FIA Formula 2, ahead of title rival Robert Shwartzman. The UNI-Virtuosi racer finished just one tenth faster than the PREMA man, and clinched what could prove to be four crucial points in the race to the crown. Ilott’s teammate Guanyu Zhou finished just 0.2s off pole himself in third.

Temperature was always going to be a factor in Qualifying, with the track hitting 47 degrees as Nikita Mazepin led the cars out onto the Circuit de Barcelona-Catalunya. The Russian was the first man to set a flying lap, and the first to put a quick time on the board, running just above the 1m 30s mark.

Shwartzman set the benchmark time thanks to a strong first sector, punching round in 1:28.862. His title rival Ilott couldn’t quite match him for pace, diving into P2 ahead of the second PREMA of Mick Schumacher – the three of them separated by less than a tenth of a second.

Ilott’s teammate Zhou had opted to remain in the pits at the start of the session, and headed out onto the track as the rest of the grid returned to the pits for a tyre change. The UNI-Virtuosi racer’s decision proved to be a good one as he posted a tour quick enough for P2, just a hundredth of a second off provisional pole.

Ilott was the first back out onto the circuit, on fresh soft Pirellis, and found an extra half a second. He smashed the second and third sectors to take provisional pole with nine minutes to go. The Ferrari junior returned back to the pits with 1:28.381 on the board and clambered out of his car to watch on as the rest of the field attempted to better his time.

Shwartzman and Felipe Drugovich both found more pace around the track but couldn’t match the Briton’s time, diving into second and third, 0.1s and 0.3s short of pole.

The tires didn’t have enough life in them for another push lap and the field all headed back into the pits, bar Zhou, who had returned late after running in the gap earlier. With the track completely to himself he found more pace, but like those before him couldn’t match Ilott, running 0.2s slower and sealing third.

Ilott Has The Opportunity To Further Stretch His Lead At The Top Of The Standings In The Feature Race Tomorrow, At 4.45pm Local Time.