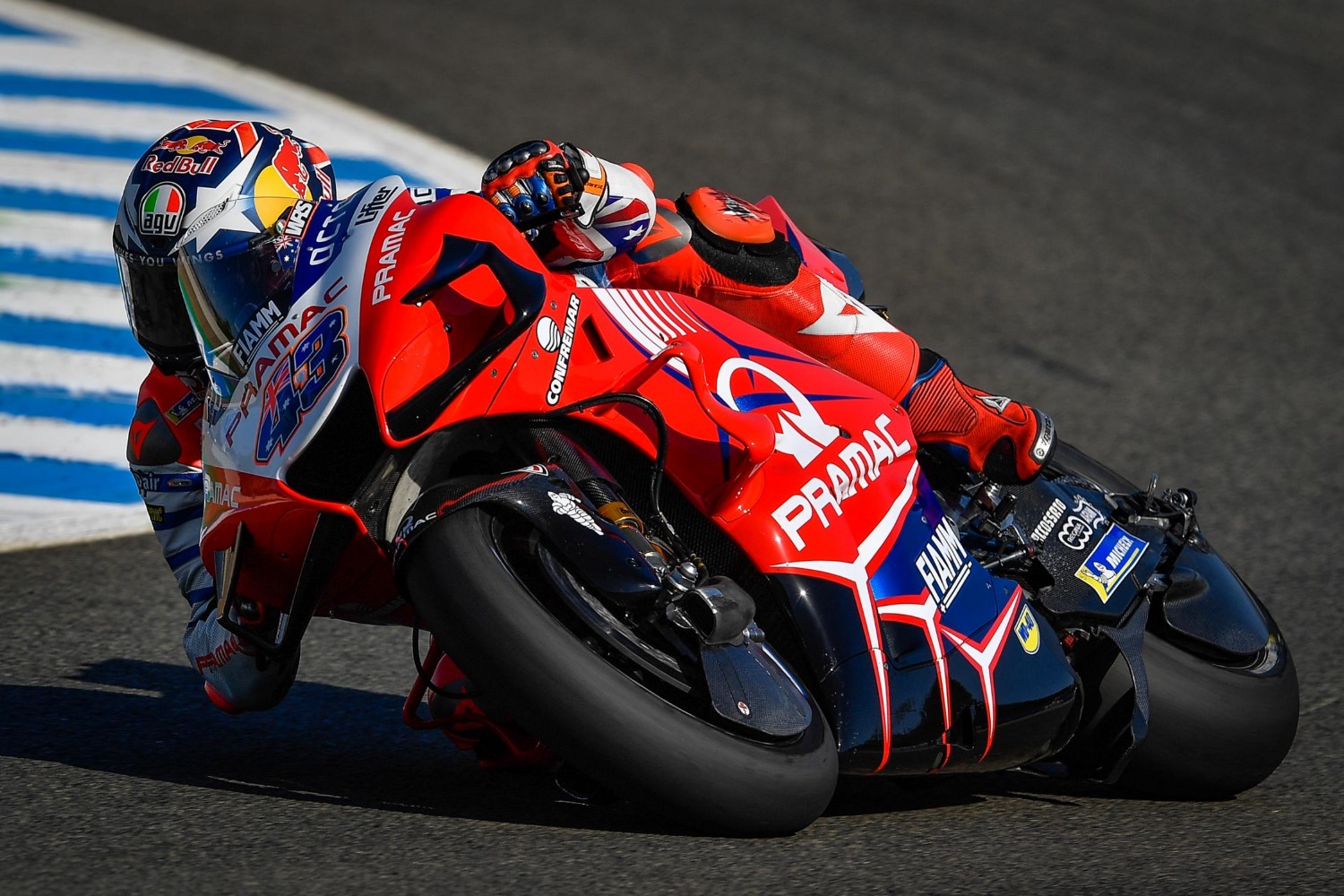 Localized rain kept everyone inside for Free Practice 2 after a dry first session at the Red Bull Ring.

The infamously unpredictable Spielberg mountain weather around the Red Bull Ring was out in full force on Friday for round five of the 2020 MotoGP World Championship. Forecasts had predicted heavy rain throughout the entire weekend, but this rain would fall only during Free Practice 2 and initially only around Turn 3.

Jack Miller topped the timesheets. Starting off in full wet conditions, outings were restricted early but as the track dried we saw riders pop up on the timing screens with Pramac Ducati’s Miller pounding round to emerge at the head of the timesheets, beating the two Tech 3 KTMs of Iker Lecuona and Miguel Oliveira in second and third positions.

With a broad spread of lap times up and down the order, Alex Rins posted the fourth best time for Suzuki, ahead of Johann Zarco, Joan Mir and Alex Marquez.

Yamaha duo Maverick Vinales and Valentino Rossi followed up in eighth and ninth positions, with Stefan Bradl completing the top ten on the second of the Repsol Hondas.

In all, only 17 of the 21 riders ventured on track to clock a time with Ducati pair Michele Pirro and Andrea Dovizioso, plus KTM duo Brad Binder and Pol Espargaro opting against venturing out on track.