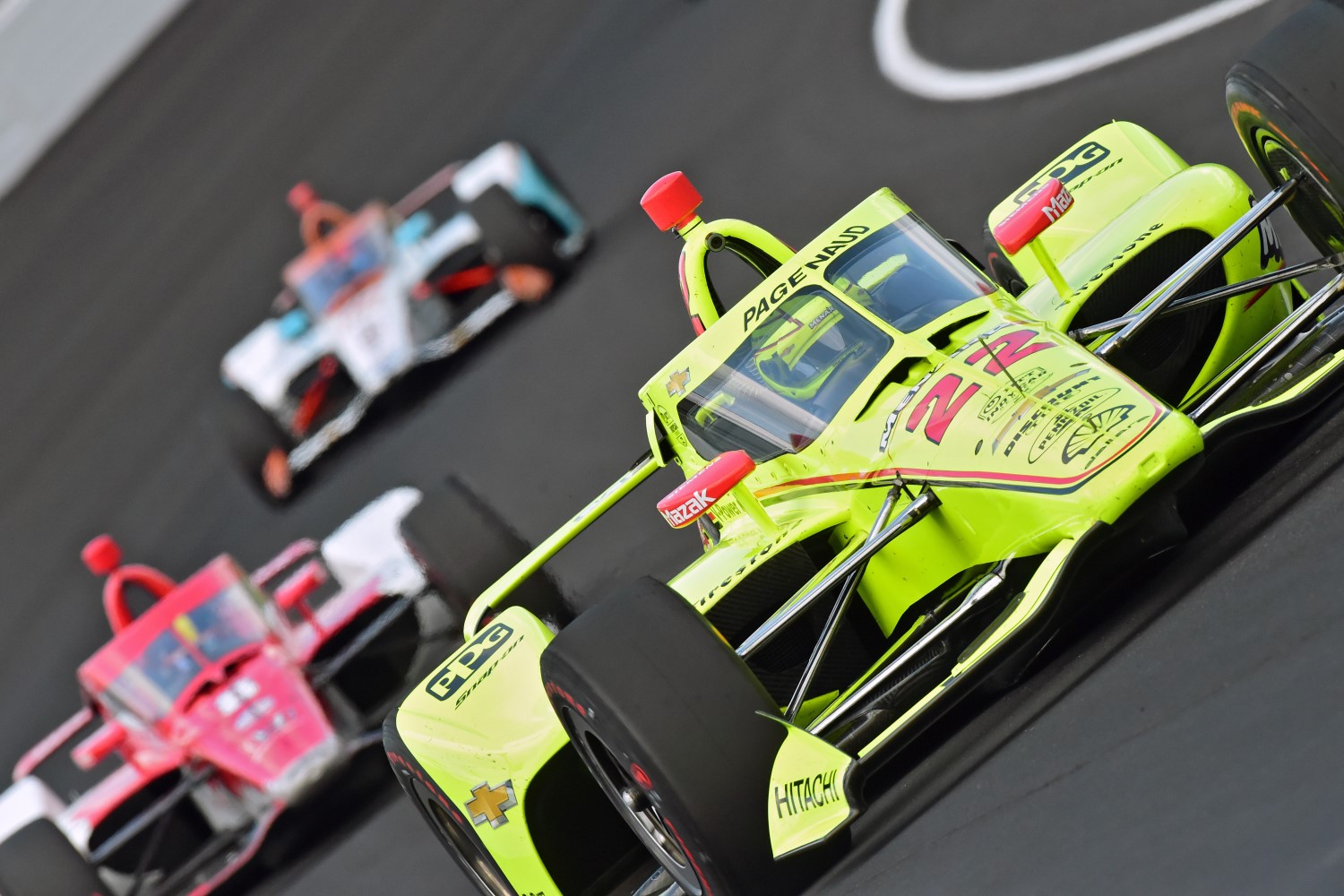 As we type this Friday afternoon with three hours to go in practice before qualifying starts Saturday for the 104th running of the Indy 500, it would appear that the Honda powered IndyCars  have the upper hand this year – occupying 14 of the top-16 speeds on qualifying simulation runs.

However, our sources tell us that Chevrolet has yet to turn up their engines to full power and that won’t happen until Saturday morning.

Some drivers are saying that from what they see on the track  defending Indy 500 winner Penske Chevy driver Simon Pagenaud (above) has the best handling and fastest car, but he is not showing his full hand yet.

Another interesting aspect we are seeing is that after drivers make a 4-lap qualifying sim, they do two additional laps to cool the engine down.  The manufacturers are said to be stressing these small engines to the very max, and with radiators partially blocked to maximize speed, the engine temperatures are running very hot by the end of the 10-mile run.

During the heat of the afternoon speeds are definitely down with drivers complaining of their cars pushing/understeering.  In the heat of the afternoon Alexander Rossi was very strong turning qualifying sim laps 2mph faster than the Josef Newgarden Chevy with Rossi’s slowest lap faster than Newgarden’s fastest.  In fact, he was so fast his team did not want to show his hand and had him abandon his 4th lap.

Qualifying runs over two days for the fastest 9 drivers, but tomorrow will tell us where everyone sits and who is sandbagging and who is not.

Weather looks good for Saturday qualifying (partly qualifying and a high temperature of 83) but Sunday is a bit iffy with a 50% chance of showers.