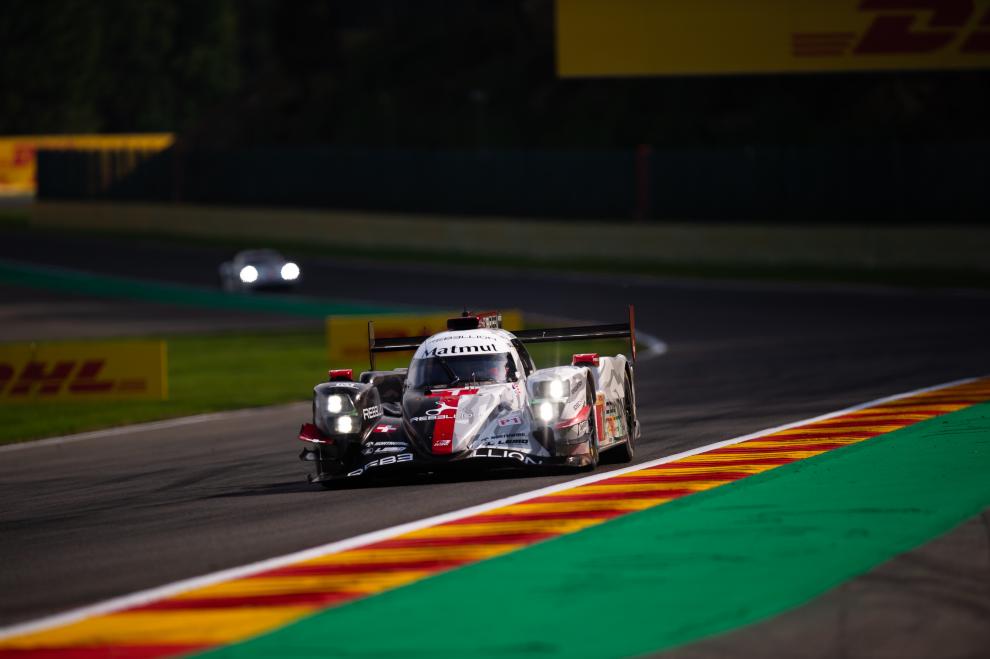 • Gustavo Menezes and Norman Nato combine to average 1:59.577, the only LMP car to dip under the 2-minute mark
• Menezes sets scintillating overall fastest time of 1:59.342 on his 3rd flying lap, profiting from the high downforce set up on the No.1 Rebellion R13 Gibson
• Toyota Gazoo Racing will start 2nd and 3rd as No.8 TS050 HYBRID of Kazuki Nakajima and Brendon Hartley, with a combined time of 2:00.417, heads sister No.7 entry of Mike Conway and Kamui Kobayashi (2:01.070)
• WEC returnee, ByKolles Racing Team will start 4th, with Oliver Webb and Tom Dillmann setting an average lap time of 2:01.907 in the No.4 Enso CLM/P1/01

Aston Martin Racing celebrated its return to active duty, following the coronavirus lockdown, with a first ever front-row lock-out for the Aston Martin Vantage GTE in qualifying for the Total 6 Hours of Spa-Francorchamps, Round 6 of the FIA World Endurance Championship (WEC), in Belgium, on Friday.

This exceptional performance means that Aston Martin extends its lead in the Manufacturers’ Championship over Porsche by another point to 33. Aston Martin’s qualifying record at the legendary Ardennes circuit is enviable, with the British luxury sportscar brand’s previous and current generation Vantages having collectively secured eight class pole positions in the nine FIA WEC races run at Spa since the inception of WEC in 2012. It’s also the fourth pole for the Vantage GTE and its second in succession, having started from the front with Thiim and Sørensen at the Lone Star 6 Hours at COTA last time out, 173 days ago.

Maxime Martin said: “It feels amazing to be on pole position at home, especially as it is my first one in the WEC for Aston Martin Racing with Alex. We’d been on the front row before a couple of times so it’s nice to be starting first. In these cars, with the high downforce and close times, track position is becoming more important and it is always easier to control a race from the front. Tomorrow is another day though and it looks like it will be typical Spa weather. We had some crazy weather last year and we proved we could manage it quite well, so we will see.”

Lynn, who travelled overnight from Berlin where he completed the FIA Formula E season, added: “Max deserves a lot of the credit for this and he pulled out one of his mighty Spa laps as he so often does around here. From my side, I tried to keep it tidy, push hard and make no mistakes and here we are. I’m really looking forward to fighting for a win tomorrow and getting us back in the world championship fight.”

• The slightly cooler conditions today suited the Aston Martin Vantage AMR perfectly, with pole position going to the No. 97 entry driven by Maxime Martin and Alex Lynn
• The duo combined to set an average lap time of 2:14.635
• It is the No. 97’s first pole of the season and Aston Martin Racing’s second out of six events
• Pole position was initially declared to the 92 Porsche 911 RSR-19 but Estre’s laps were later deleted following a stewards’ investigation into track abuse limits
• Starting second is the No.95 Dane Train of Nicki Thiim and Marco Sørensen in another Aston Martin Vantage AMR, one spot ahead of the No 91 Porsche GT Team entry
• The two Ferrari 488 GTE EVOs are fourth and fifth, the No.71 just three one hundredths of a second ahead of its sister car No.51

• Category leaders United Autosports claimed second pole of Season 8 after Paul Di Resta and Phil Hanson combined to take an average time of 2:02.148
• British team ahead of No. 38 JOTA entry who were second with pairing of Roberto Gonzalez and Anthony Davidson who set a combined time of 2:03.687
• No.42 Cool Racing entry will start third as Nico Lapierre and Antonin Borga post a combined time of 2:03.956 at the wheel of an ORECA 07 Gibson
• Fourth quickest was Jackie Chan DC Racing, with Ryan Cullen stepping in for Gabriel Aubry to join Ho-Pin Tung and Will Stevens in the No. 37 ORECA

• In LMGTE Am the No.77 Dempsey-Proton Racing Porsche 911 RSR of Matt Campbell and Christian Ried claimed a first pole position of the season to lead a Porsche 1-2-3
• Australian Campbell set the fastest individual lap of the class at 2:15.300 to boost the combined average to 2:16.519.
• In 2nd and 3rd place in class were the two Team Project 1 entries, with Matteo Cairoli and Egidio Perfetti in the No.56 lapping 0.49 seconds ahead of the sister No.57 car.
• Augusto Farfus has settled into the British Aston Martin Racing team quickly, qualifying with Paul Dalla Lana in 4th place (2:17.563) in the No.98 Aston Martin Vantage AMR.
• Multiple lap times were deleted throughout the field due to abuse of track limits, the Race Director and Stewards coming down hard on drivers throughout the field.