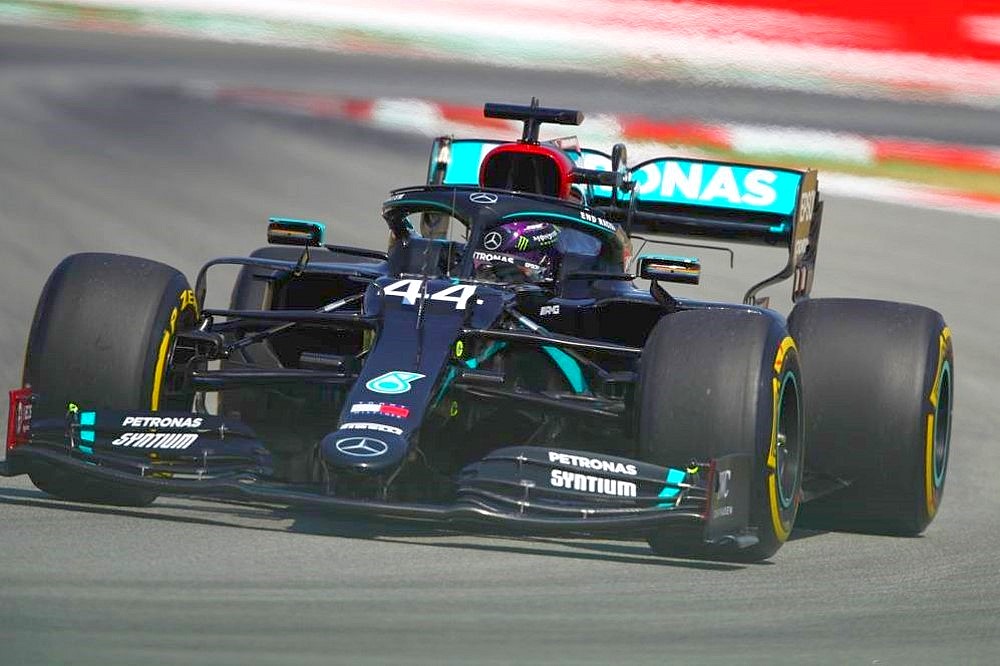 While Esteban Ocon crashed into the wall between turns 3 and 4 to end the final practice session for the Spanish GP early, Lewis Hamilton led yet another Mercedes 1-2.

Replays show that Kevin Magnussen passed him, before pulling back to the center of the track. The Dane was moving slowly, but Ocon was caught out slightly and pulled wide to avoid smashing into the back of the Haas – hitting the wall as a result.

Ocon is okay which was good to see and did get out the car unaided, although the Medical car was deployed so the Frenchman will be sent to the Medical center for checks.

McLaren gave Carlos Sainz  Jr. a fresh power unit ahead of final practice as they continue their quest to cure his car’s cooling issues, while Haas did the same for Romain Grosjean, too, after he lost power towards the end of FP2.

Sainz Jr. was at a loss to explain why the cooling issues that held him back at Silverstone last weekend were still costing him performance at his home Grand Prix, even after they changed a host of parts including the chassis, and admitted they are “starting to run out of things to try”.

Sebastian Vettel needs to up his game. Down in only P12 while his teammate continues to bury him, makes him look increasingly like a has-been. He did go for his soft tire flying run slightly earlier than many, when the track hadn’t fully evolved.
Nonetheless, he was half a second back on his teammate, with yesterday’s new-found pace and resulting confidence seemingly short-lived.