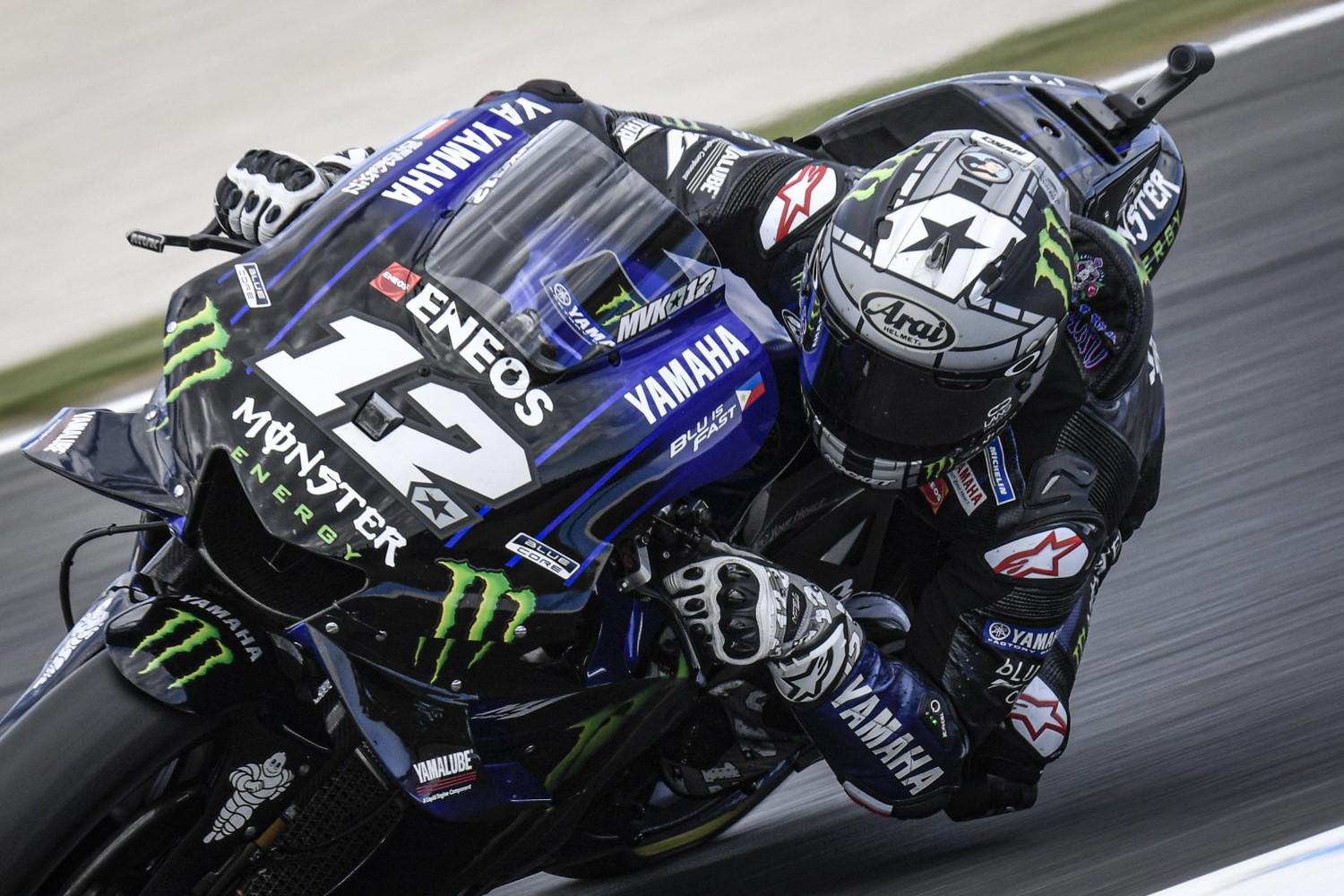 For the first time since the 2019 Australian Grand Prix, Maverick Vinales will line-up on pole position in MotoGP after coming out on top in a sensational Q2 session at the myWorld Austrian Grand Prix. A 1:23.450 lap saw the Spaniard beat Jack Miller by 0.068, with Championship leader Fabio Quartararo 0.087 off as the entire top 12 were covered by half a second, the closest we’ve seen since 2007 – incredible.

Q2 kicked off and what a start it was. Vinales came out the blocks flying to set a lap time that pretty much matched Johann Zarco’s (Esponsorama Racing) fastest Q1 time, with Quartararo then taking over at the summit by a tenth. There were red sectors flashing up on the timing screens like a Christmas tree, with the field all bang on the money from the off. Miller went P3 before Miguel Oliveira (Red Bull KTM Tech3), Pol Espargaro (Red Bull KTM Factory Racing) and Joan Mir (Team Suzuki Ecstar) all exchanged provisional P3. But Miller then took it back, with Vinales displacing Quartararo at the top.

That lap for the factory Yamaha rider got scrapped, however, and it was Quartararo back in the driving seat. But Vinales went even quicker to set a 1:23.694 to take P1 again. Pol Espargaro then shot up to P5, just two tenths adrift, with Mir going third again. It was all kicking off in Q2, with Andrea Dovizioso (Ducati Team) slotting into P6. Quartararo then closed the gap to Vinales ales as the dust settled – briefly – as fresh rubber went in.

How close do you like it? Half a second covering the Q2 field is ridiculously tight as we witness the closest qualifying top 12 in over a decade – and there’s more stories down the order. Czech GP winner Brad Binder (Red Bull KTM Factory Racing) will start 17th as the slowest KTM rider, with fellow rookie Iker Lecuona (Red Bull KTM Tech3) doing a sterling job to start P16. Row 5 is jam-packed with experience and speed with Danilo Petrucci (Ducati Team), Aleix Espargaro (Aprilia Racing Team Gresini) – who exchanged some words and hand gestures in Q1 – and Cal Crutchlow (LCR Honda Castrol) starting P13, P14 and P15 respectively.