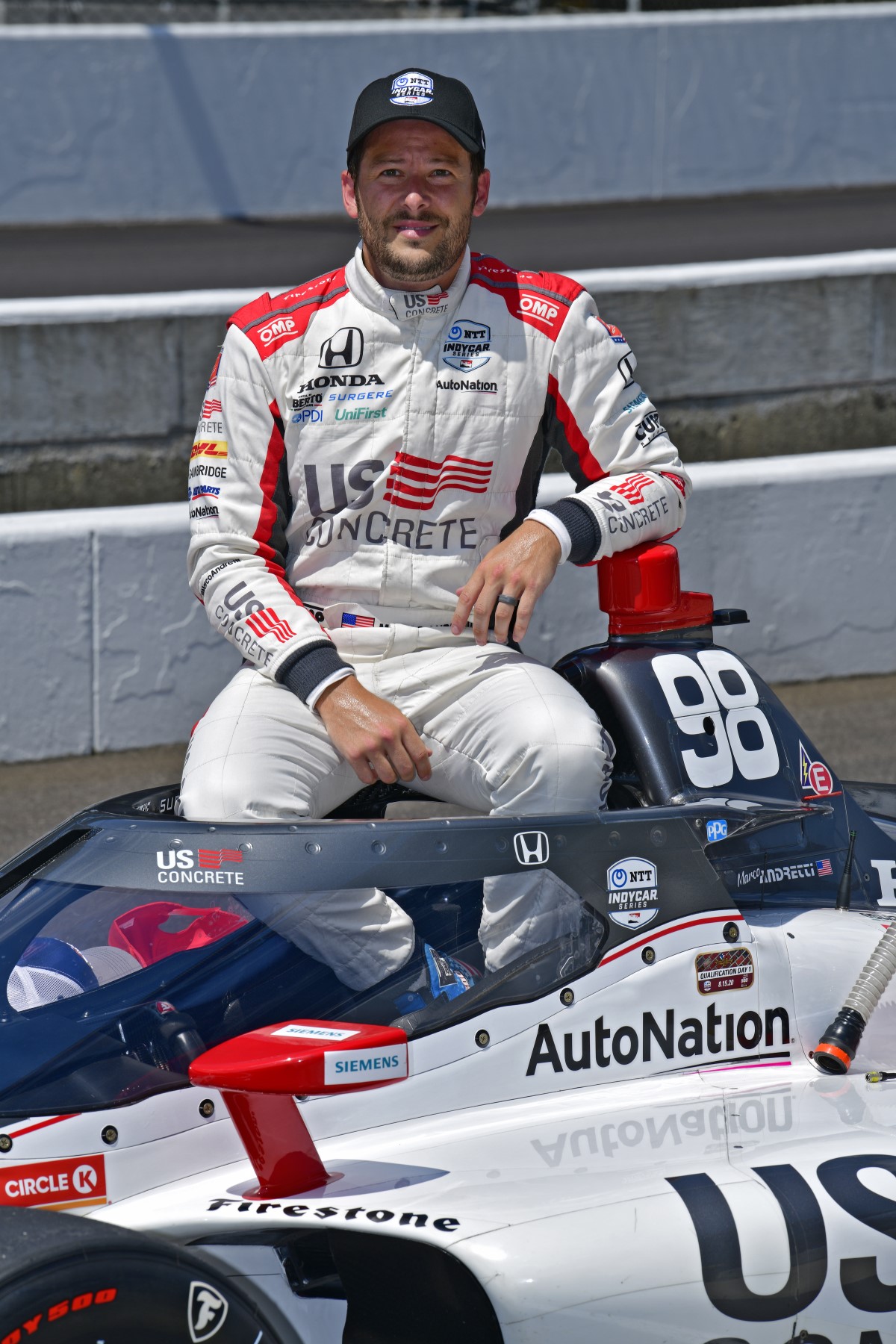 Day 1 of Qualifying for the 104th running of the Indy 500 is over and below are all the qualifying attempts that were made are listed below.  Fastest on the day was Marco Andretti at a 4-lap average of 231.351mph was set in the heat of the day, which underscores how strong the Andretti Autosport Hondas are this year. 50 attempts were made to beat him, all failed.

Another Honda rounded out the top-5 with Scott Dixon in 5th in the #9 Ganassi Honda .

The only Chevy in the top-10 was a sensational rookie Rinus Veekay 6th quick. How good is Veekay? The 2nd fastest Chevy was Josef Newgarden way down in 13th place.

The Fast Nine Shootout takes place from 1:15-2:15 p.m. (ET) Sunday, with live NBC coverage from 1-3 p.m. Andretti, who led “Fast Friday” practice and was in the top three on the speed charts in all three practices this week, will be a favorite for his first career Indianapolis 500 pole.

“It was a steady day,” Andretti said. “The one-and-done things are always nice. It’s not fun to have to go do this a few times. We executed on the first time, so my goal is to do the same thing tomorrow.”

Andretti’s top spot was the pinnacle of a dominant performance on the 2.5-mile oval by Andretti Autosport and Honda. Andretti drivers swept the top four spots in the first day of qualifying, and Honda-powered drivers will comprise eight of the nine participants Sunday in the Fast Nine Shootout.

NTT INDYCAR SERIES points leader and 2008 Indy 500 winner Scott Dixon was fifth at 231.155 after a busy day in the No. 9 PNC Bank Chip Ganassi Racing Honda, the fastest non-Andretti car in qualifying. Rookie Rinus VeeKay was the only Chevrolet-powered driver to earn a Fast Nine Shootout spot, an impressive sixth at 231.114 in the No. 21 SONAX entry.

Rookie Alex Palou also turned heads with the seventh-fastest qualifying attempt, 231.034 in the No. 55 Dale Coyne Racing with Team Goh Honda. Rahal Letterman Lanigan teammates Graham Rahal and 2017 Indy 500 winner Takuma Sato rounded out the Fast Nine, with Rahal eighth at 230.822 in the No. 15 United Rentals Honda and Sato ninth at 230.792 in the No. 30 Panasonic/PeopleReady Honda.

Dale Coyne Racing with Team Goh rookie Alex Palou continued to impress on Saturday during the first day of qualifying for the Indianapolis 500 by placing seventh quickest and giving himself the opportunity for a shot at pole position in Sunday’s Fast Nine qualifying session.

Palou was the 23rd driver to take to the 2.5-mile oval and he immediately jumped to the top of the timing charts thanks to a first lap of 231.552 mph. However, with a small loss of speed over his next couple of laps he fell to fourth following his third lap and ended up placing his Honda sixth after his run. Ultimately, Palou’s four-lap average of 231.034mph was the seventh quickest on the day.

Each driver in the Fast Nine Shootout gets one attempt, running in inverse order from Saturday’s speeds. Sato will be the first driver on track, followed by Rahal and then through the line until Andretti will make the last attempt in a session that promises to be filled with drama. Andretti could become the first member of his famous racing family to win the Indy 500 pole since his grandfather Mario took the top spot in 1987.

Andretti Autosport just missed putting five cars into the Fast Nine Shootout. Colton Herta will start 10th in “The Greatest Spectacle in Racing” on Sunday, Aug. 23 after his best of three qualification attempts averaged 230.775 mph in the No. 88 Gleaners Food Bank of Indiana Honda, just .017 of a mph slower than Sato in ninth.

Dixon made a total of four attempts, more than any other driver. He improved from sixth to fifth by posting his fastest average speed on his second attempt, but he couldn’t climb any higher on his last two tries.