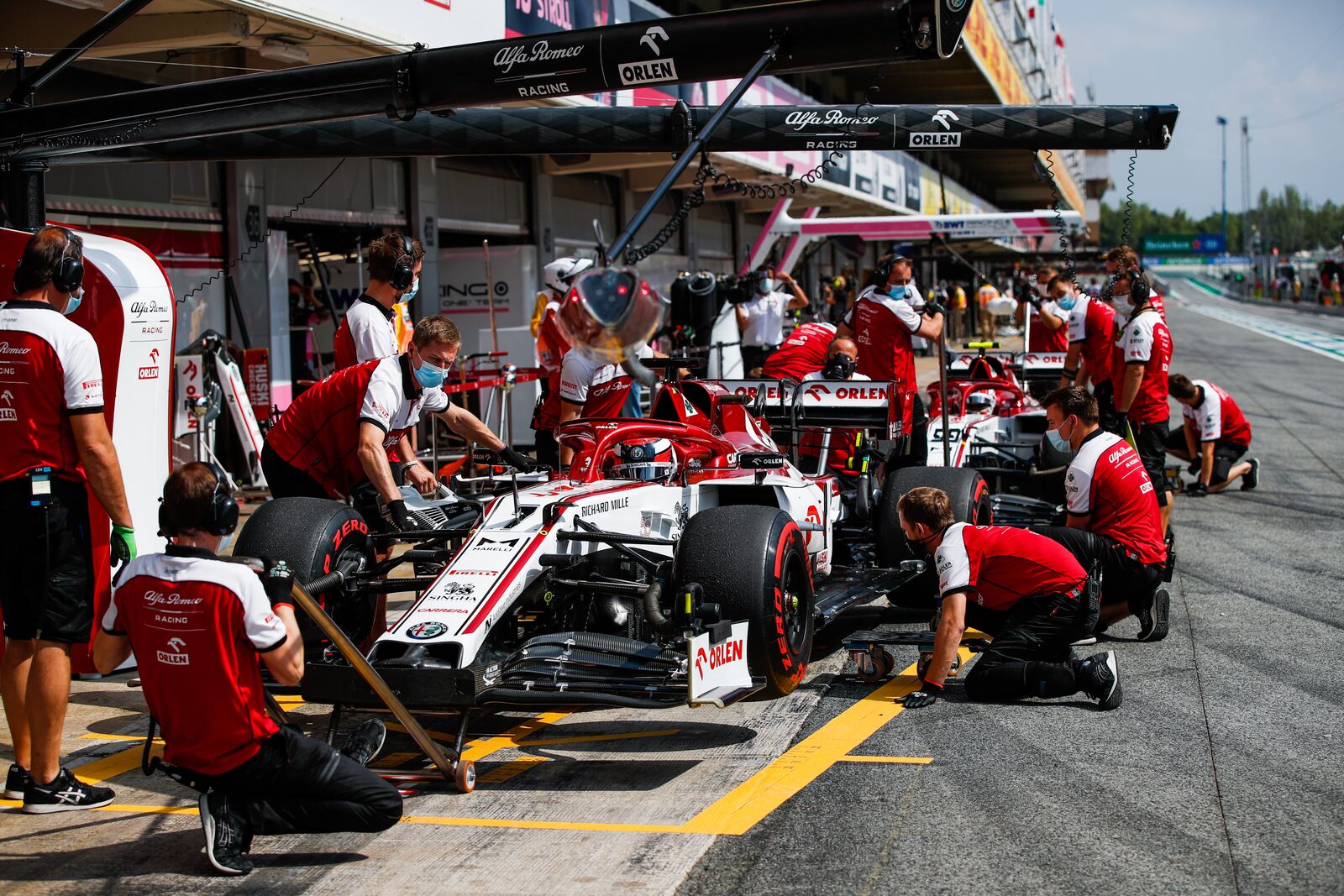 (GMM) Frederic Vasseur has confirmed that Alfa Romeo staff will need to go into strict quarantine after Sunday’s Spanish GP.

While the rest of the sport looks forward to a weekend off following another grueling ‘corona triple header’, a less exciting adventure lies ahead for F1’s Swiss-based team.

Earlier, team manager Beat Zehnder confirmed that because the Swiss government has deemed Barcelona a corona hotspot, all travellers returning to Switzerland must go into lockdown.

“We’ll probably have to stay in Spain for a couple of months,” team boss Vasseur joked on Saturday.

“Catalonia has been blacklisted by the Swiss health department, so we need to make a special request for some flexibility so that the team can work somehow.

“At the very least, we need to prepare the cars for Spa. We are having to contact eight different jurisdictions in Switzerland, but we will do that.

“Some solution will be found, because we need to prepare for the race in Spa,” he added.

Vasseur said the situation is hard on Alfa Romeo as a whole, but he feels the most for the hard-working team members.

“Of course it’s not easy for our guys,” he said. “Now they are working for the third weekend in a row, then they will have to spend a week in quarantine, then they have to work on the next series of three races in a row.

“But there is nothing to be done about it – this is the situation,” Vasseur insisted. “We need to think more about racing than quarantine.”