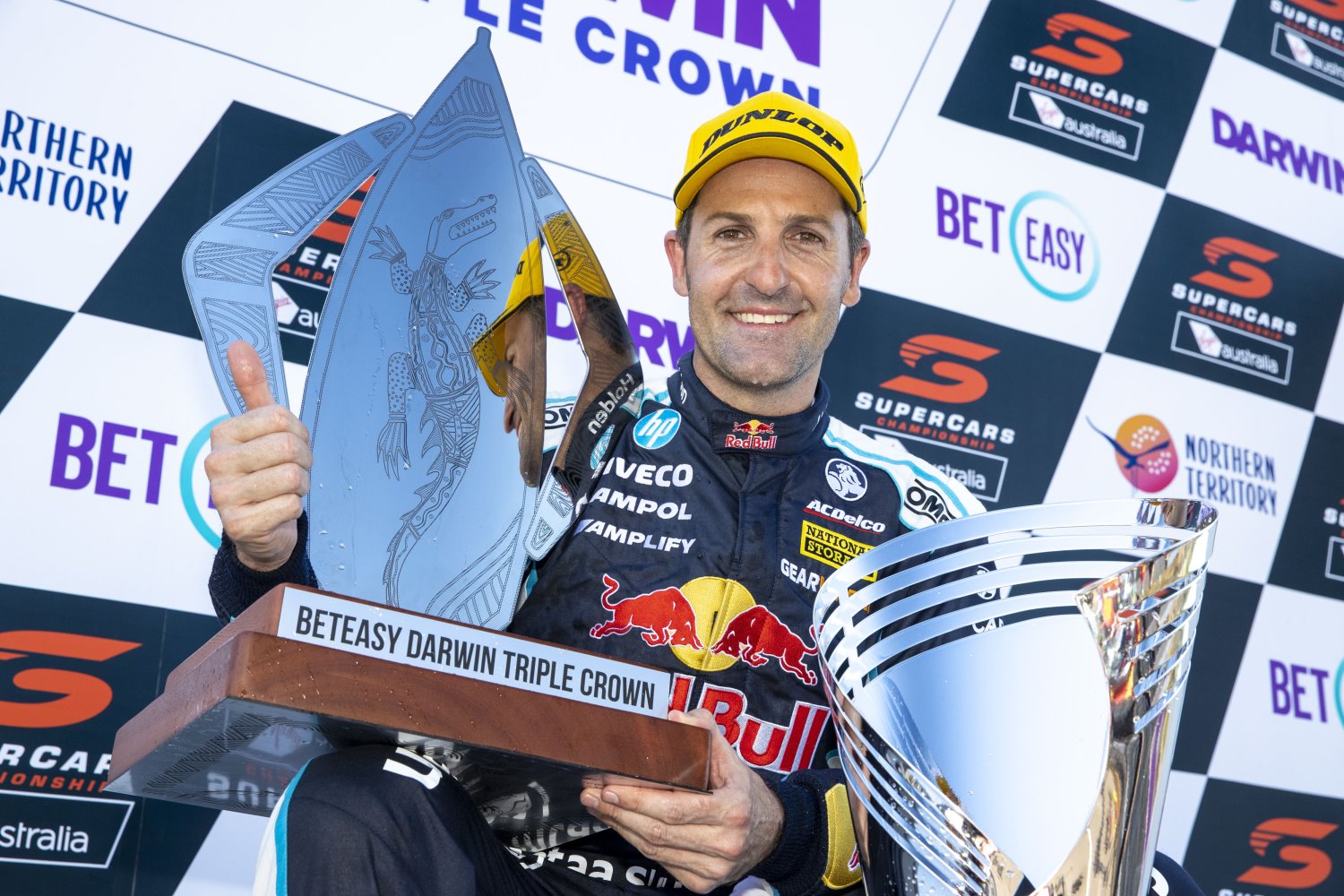 Jamie Whincup showed why many regard him as the greatest Supercar driver of all time, bouncing back from a heavy crash yesterday morning to today claim the coveted BetEasy Darwin Triple Crown title.

The Red Bull Holden Racing Team ace won the final race of the event this afternoon to finish the weekend equal on top of the round’s points table with Shell Ford’s Fabian Coulthard.

Whincup’s career victory #120 in the final race meant in a count back, he was awarded the Triple Crown title for 2020.

It capped off a roller coaster weekend for the seven-time Virgin Australia Supercars Champion, who yesterday in practice crashed heavily into a wall after skidding off the Hidden Valley circuit.

“That was a great battle,” said Whincup. “That reminded me of the old 2017/18 days when we were going head-to-head with these boys.

“We just kept chipping away at the car all weekend and made it fastest for race three.

“I thought after the penalty yesterday we were done and dusted for the Triple Crown but fantastic to have a great day and get right up there.”

With tire strategy key to the weekend’s results, the top teams played it to perfection to come out on top.

The critical moment of today’s final race was a pit stop where Whincup and Coulthard almost collided as the Red Bull Holden was exiting and the Shell Mustang was entering.

Coulthard slowed to avoid a collision with the #88 Commodore. Post-race the kiwi said things could have been very different had Whincup waited a second longer.

“I think the witness mark on the front of my car and the skid mark to stop to avoid him (Whincup) is pretty clear,” said Coulthard post-race.

“Blind Freddie could have seen that I was impeded. That cost me the position to Chaz. If I’d stayed in front of Chaz, the outcome would have been very different.

“Who knows what’s going to happen? It might not be the last you hear of this.”

After a chaotic and drama-filled weekend, teams will now have five days to prepare for the second event of the Darwin double-header, the CoreStaff SuperSprint to be held next weekend, 22-23 August at Hidden Valley.