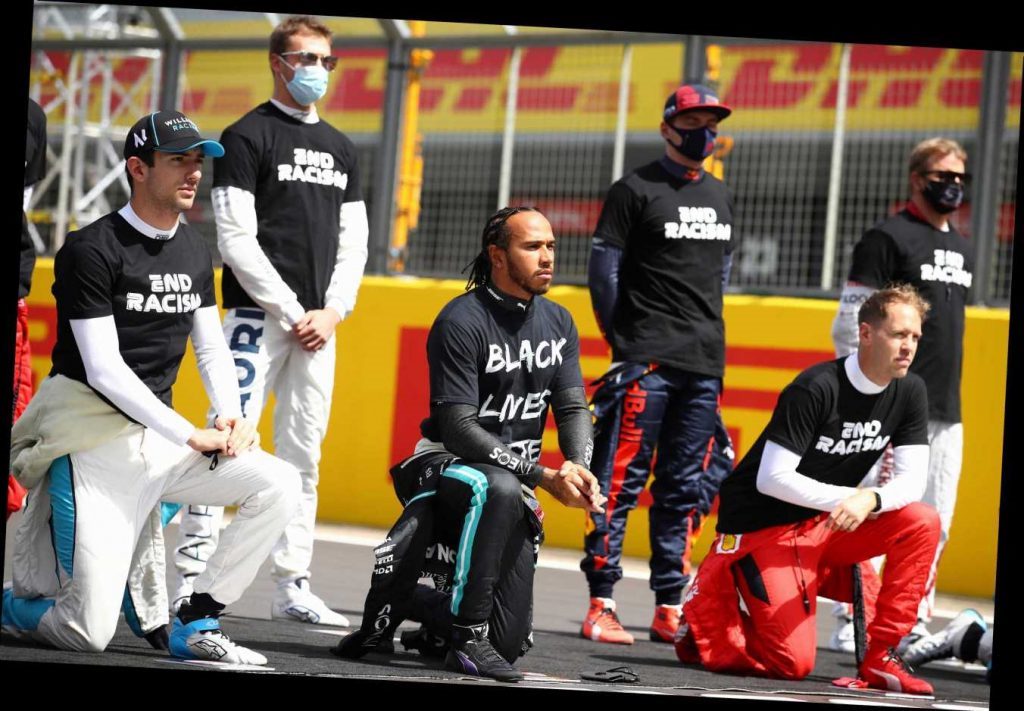 [UPDATE] (GMM) A respected correspondent has accused Lewis Hamilton of being the one who is politically dividing the Formula 1 drivers.

Throughout the ‘corona calendar’ races so far this year, the six-time world champion has been leading the Black Lives Matter-inspired moments of kneeling on the grid.

12 other drivers join Hamilton in kneeling, with others including Charles Leclerc and Max Verstappen electing instead to remaining standing in their ‘End Racism’ t-shirts.

“They are just as much against racism as those who kneel,” Peter Nygaard, a well-known journalist for the Danish newspaper BT, said.

“They have said that for different reasons they are expressing their opinion in a slightly different way.

“But because of that, the anti-racism demonstration has a slightly chaotic impression, as though there is a lack of solidarity among the drivers.”

Nygaard says Hamilton’s stories of the racism he has dealt with across the course of his life and career are “heartbreaking”, and that using his status to fight racism is “commendable”.

“One cannot question whether Hamilton’s fight against racism is important,” he said. “But one can discuss whether he is doing it in the right way.

“Hamilton has criticized the drivers who do not kneel, but solidarity works both ways. Why for example does Hamilton choose to wear a Black Lives Matter t-shirt?

“He knows now that the very connection with Black Lives Matter is one of the reasons why at least some of the drivers, like Kevin Magnussen, are not kneeling.

“It seems in many ways as if Hamilton has painted them into a corner – as if they are only doing something because he opened this important debate.

“But if he had contacted his colleagues before his announcement rather than criticize them, they would have backed him up. Instead, he chose to show up his fellow drivers, who are as much against racism as he is,” Nygaard continued.

“Lewis Hamilton is an amazing racing driver who is on his way to breaking all the sport’s records,” he added. “He is the ideal front man for Formula 1’s fight against racism.

“But he has not really understood the concept of solidarity.”

Hamilton should have expected this sort of push back the day he decided to try to influence sports with politics – it’s only pisses off the majority of fans. Of course, he is a tax dodger as well.  He is a British citizen, but dodges their high taxes by living in Monaco.