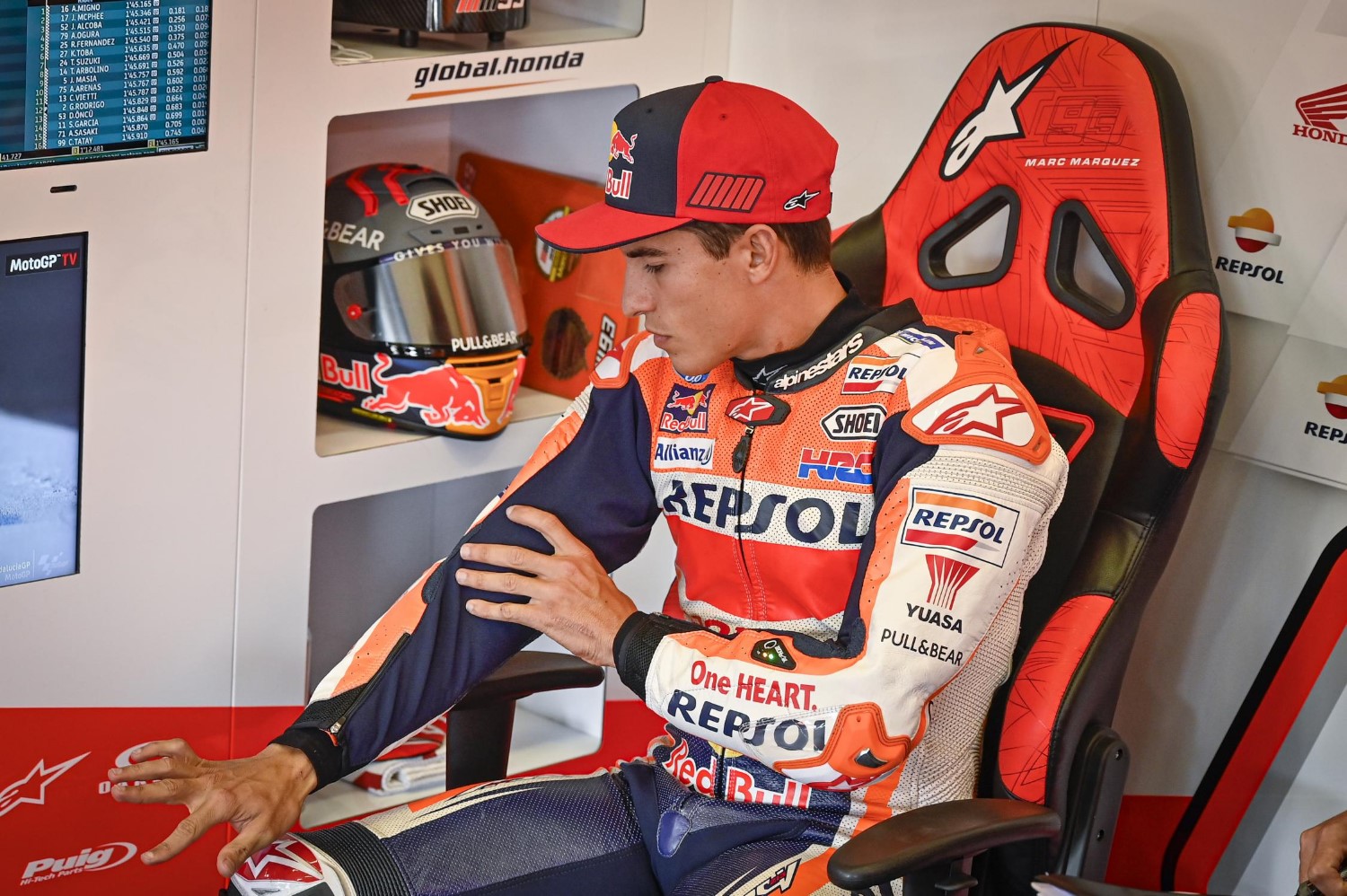 Honda have announced that Marc Marquez will not make his MotoGP return at this weekend’s Styrian Grand Prix.

The reigning champion broke his arm in the opening race of the season at Jerez and underwent surgery two days later. Remarkably, Marquez returned to Jerez 48 hours later and attempted to compete in the Andalusia Grand Prix. He rode in FP3 and FP4 but swelling to his injured arm resulted in the Honda man pulling out of the weekend after qualifying.

Marquez has also missed the Czech GP at Brno and the Austrian GP at the Red Bull Ring. To make things worse, the pressure and stress placed on his arm whilst trying to ride again at Jerez weakened his titanium plate, and he needed to have a second operation on his arm after damaging it whilst opening a window at home.

Repsol Honda confirmed last night that Stefan Bradl would replace Marquez once again in Austria this weekend. He’s been on the RC213V for the last two races, finishing 18th and 17th respectively.

This means that Marquez and his team will now be hoping to return at the San Marino GP at Misano on September 11-13. By that stage Marquez will have missed five races, meaning that even he may be unable to retain his title this season.