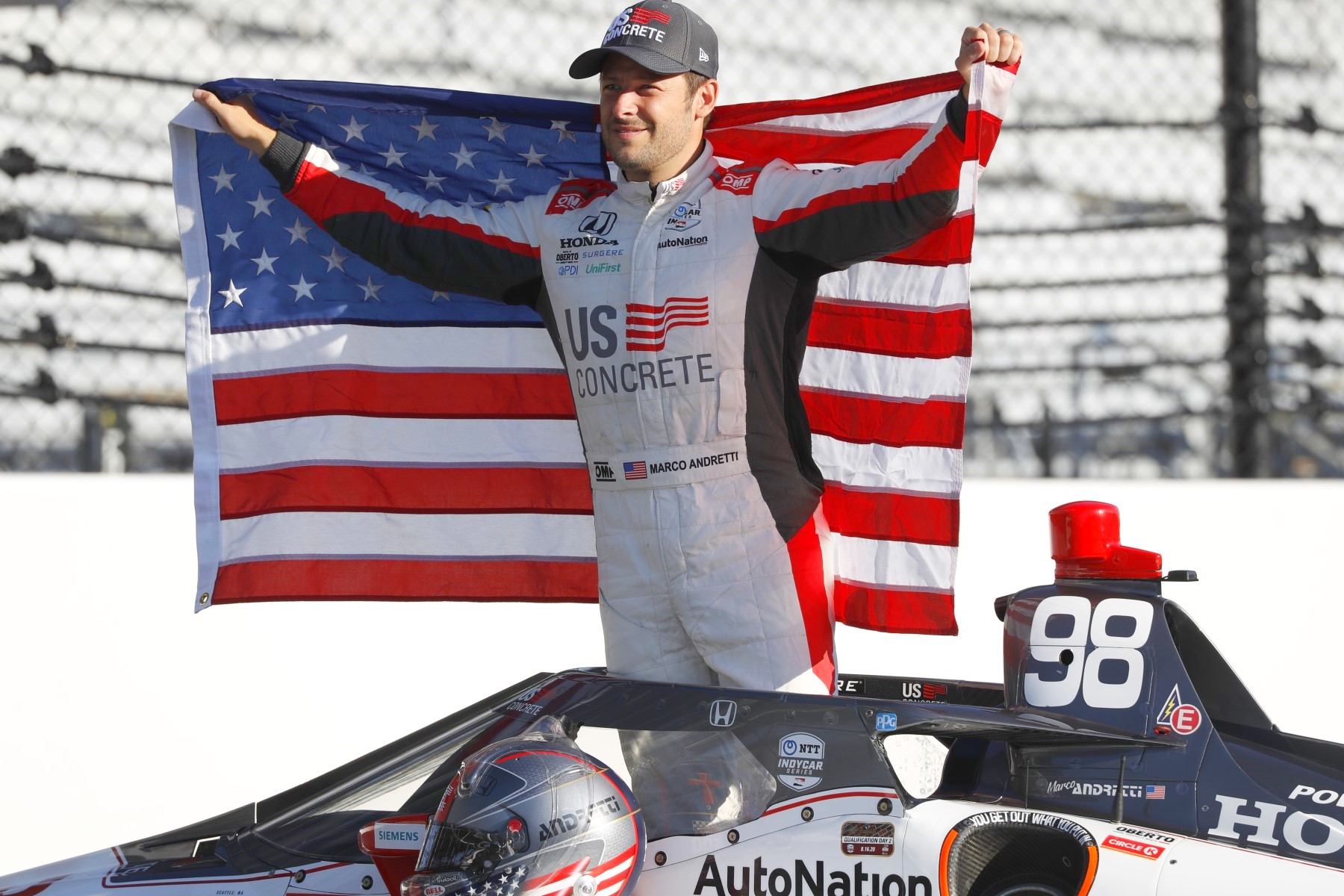 After Carb Day on Friday, August 21st, the IndyCar engines go silent at the Indianapolis Motor Speedway and the teams and drivers will wait nervously for the 104th running of the most famous, most important auto race in the world – the Indy 500.

There will be no parade this year, no pre-race hoopla.  There will be no fans, and while it simply won’t be the same at the track, winning this race is no less important.

To an IndyCar driver, winning one Indy 500 changes their life, their career, and their self-confidence.

The Indy 500 is a 3-hour dance on the knife edge of control at 220-mph. One lapse in concentration, one broken $1 part, one slip by your pit crew and it can be all over.

The National Weather Service in Indianapolis is calling for less than a 20% chance of showers or thunderstorms after 2 p.m. on race day, with a high of 85 degrees.

The green flag is scheduled to drop about 2:30 p.m. Sunday, but meteorologists expects sunshine and dry skies.

After more than a year of waiting, one of the cornerstones of the American sporting landscape roars back to life. The 104th Indianapolis 500 presented by Gainbridge pits 33 of the best racing athletes in the world against each other in a 500-mile quest for immortality. Some of racing’s legendary drivers made their names at Indianapolis. Who will join them Sunday, Aug. 23?

Here are 5 Things to Look For at the 104th Indianapolis 500 presented by Gainbridge.

Does the Andretti Curse exist in August?

Marco Andretti doesn’t seem to think it does.

The third-generation driver from one of racing’s most storied families has been one of the fastest drivers in the lead-up to the 104th Indianapolis 500 presented by Gainbridge.

Now he seeks to join his grandfather on the Borg-Warner Trophy, by capping a perfect August with a win in “The Greatest Spectacle in Racing” on Sunday.

“I don’t think it (the curse) exists in August, so we are good,” Andretti said in an interview this week. “As a family we would talk that we are blessed, not cursed, but it is a cool media story, and we have been running with it.

“Results-wise, yeah, maybe there is something to it because, man, the three of us have been so dominant here. We have a bunch of podiums, but this is one place where that doesn’t matter.”

If Team Penske is to claim its third Indianapolis 500 win in a row, it will have to do it from further back in the starting field than normal.

The highest-placed Team Penske driver is Josef Newgarden, who starts 13th in the Indianapolis 500, while defending champion Simon Pagenaud starts 25th, one row behind 2018 winner Will Power, who starts 22nd. Three-time Indianapolis 500 winner Helio Castroneves starts even further back, in 28th.

But luck may be in Team Penske’s favor. The last time the team failed to place a car in the first three rows of an Indianapolis 500 was 2002, when Castroneves and Gil de Ferran started 13th and 14th. Castroneves went on to win the race.

Fernando Alonso will start his second Indianapolis 500, but the two-time Formula One World Champion knows it may be his final chance to earn the “Triple Crown of Motorsports,” at least for the near future.

The Spanish driver, who has wins in the 24 Hours of Le Mans and Monaco Grand Prix, qualified 26th in the No. 66 Ruoff Arrow McLaren SP Chevrolet. But he is due to return to Formula One in 2021 with Renault, so he won’t be able to race at Indianapolis next May due to conflicting events.

“I agree with you, the team has the potential to have a competitive package here,” Alonso told INDYCAR. “They have the experience, they have the talent, and they have the personnel. It’s up to us now to have a good event, clean days like we had today with no issues. We are trying to improve the car step by step, small set of changes but always trying to have 100 percent answers, positive or negative while not getting lost.”

Graham Hill is the only driver to complete the Triple Crown, while two-time Indianapolis 500 winner Juan Pablo Montoya, the only other active driver with two wins, would complete the feat with a win at Le Mans.

Five rookie drivers will make their Indianapolis 500 debut Sunday, but two have shown no first-time jitters. Dutchman Rinus VeeKay, 19, qualified fourth, the best performance for a teenager in Indy 500 history. He was honored as the fastest rookie by the American Dairy Association on Tuesday. Another rookie, Spain’s Alex Palou, qualified seventh.

Helio Castroneves is the only multi-time winner who will compete in the race as he seeks to join A.J. Foyt, Al Unser and Rick Mears as four-time winners of the Indianapolis 500.

If one of the other seven former winners – Simon Pagenaud, Will Power, Takuma Sato, Alexander Rossi, Ryan Hunter-Reay, Tony Kanaan or Scott Dixon — win on Sunday, they would join the exclusive club of 19 multi-time winners of the race.

Firestone tire allotment: Thirty sets for use throughout the event

* Tony Kanaan has finished in the top four in four of the last nine Indianapolis 500s, including his win in 2013.

* Twenty-one drivers have won the Indianapolis 500 from the pole – most recently Simon Pagenaud in 2019.

* Team Penske has 18 wins at Indianapolis Motor Speedway, the most of any team. Andretti Autosport has five wins while Chip Ganassi Racing has won four times. A.J. Foyt Enterprises has won twice.

* Scott Dixon has a chance to join Will Power and Simon Pagenaud as a winner on both the Indianapolis Motor Speedway road course and the famed 2.5-mile oval in the same season. Will Power accomplished the feat in 2018, while Pagenaud did it last year.