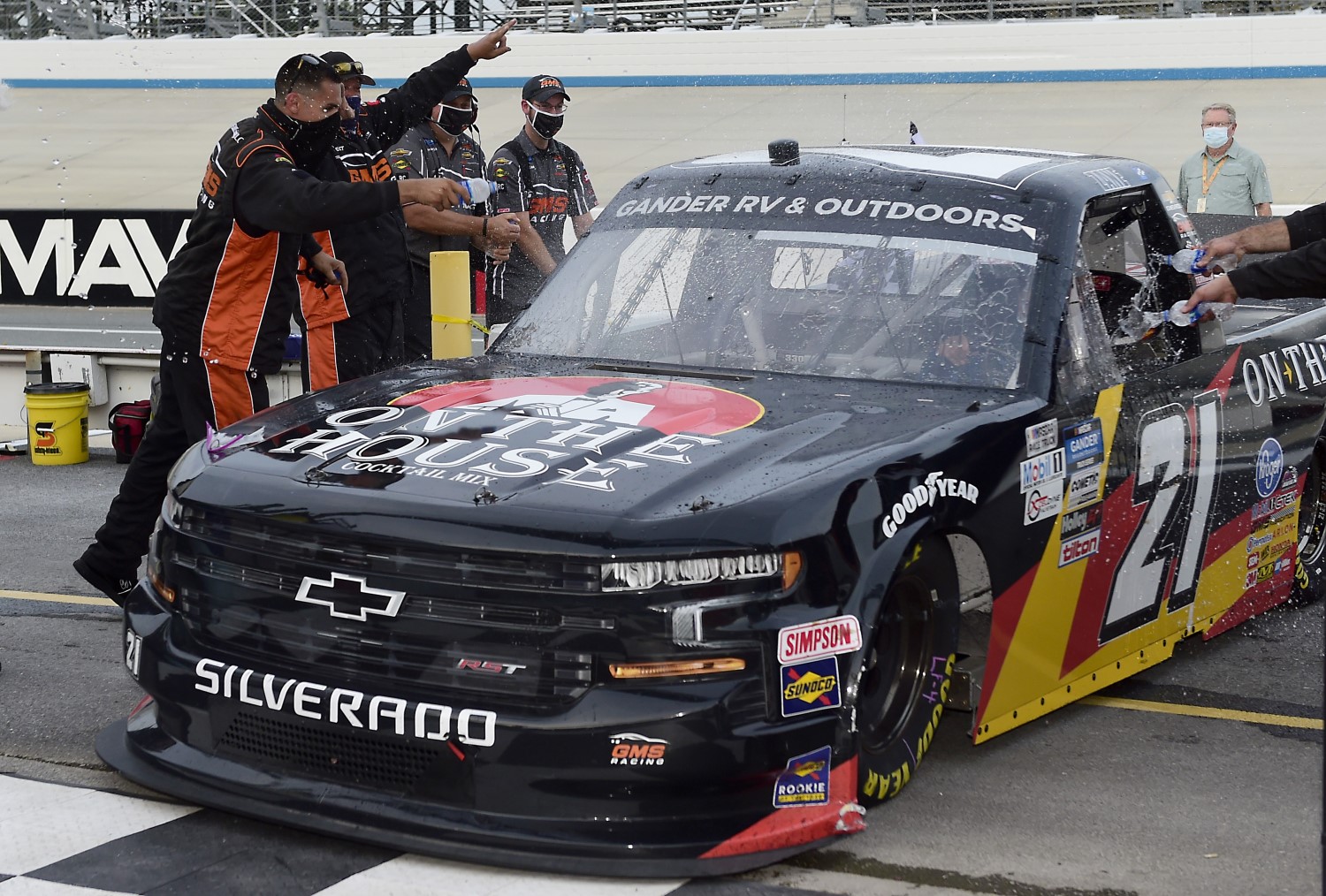 The 21-year-old Sunoco rookie held off Matt Crafton and GMS Racing teammate Brett Moffitt in the final three-lap dash to earn his second victory in three races and reinforce his status as a formidable contender for the series championship.

Smith held a comfortable lead of more than 1.5 seconds over Moffitt when Stewart Friesen spun in Turn 2 on Lap 192 to cause the fifth and final caution. Moffitt chose the bottom lane for the final restart and lost second place to Crafton on the next-to-last lap.

Smith crossed the finish line .989 seconds ahead of Crafton, with Moffitt trailing in third.

“What an awesome truck,” Smith said. “I think we all know that I suck at restarts, but I picked a good time to have a good one. Man, two wins. This is by far the most fun I’ve ever had racing in my career. I’m just so blessed to be here.”

“Hopefully, I can pay off my Chevy Silverado,” Smith said.