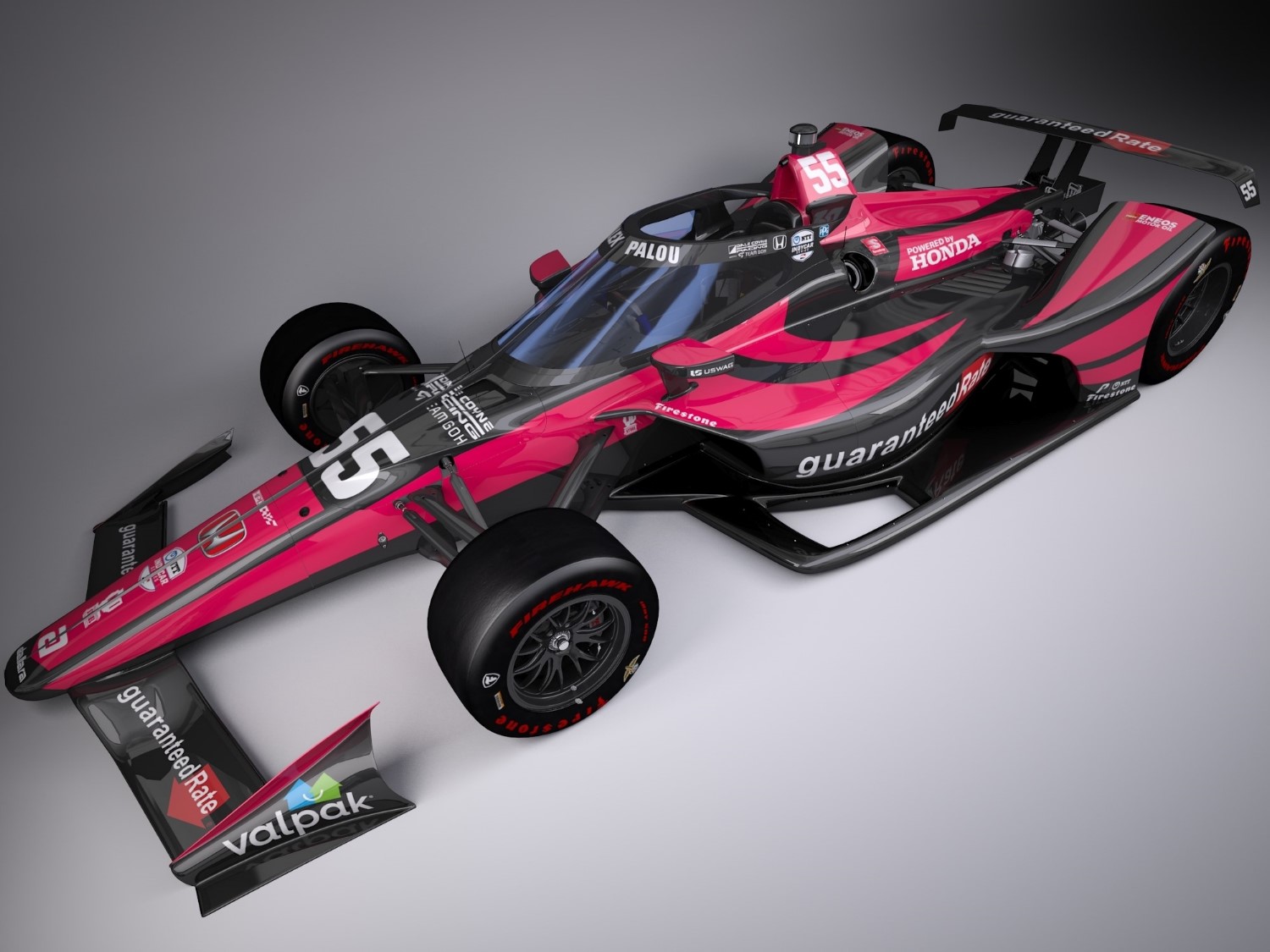 Dale Coyne Racing with Team Goh is pleased to welcome Guaranteed Rate, one of the largest retail mortgage lenders in the United States, as the primary sponsor on Alex Palou’s #55 car for Sunday’s 104th running of the Indianapolis 500.

The #55 Guaranteed Rate Honda piloted by the rookie driver will be starting from seventh on the 33-car grid. Palou has been impressive since turning his first ever laps at the 2.5-mile oval at the Indianapolis Motor Speedway last week, finishing every practice and qualifying session in the top 10.

“We’re thrilled to partner with Dale Coyne Racing for the Indy 500,” said Guaranteed Rate Chief Marketing Officer Steve Moffat. “Alex Palou turned some heads with his speed and execution during the qualifier, and we’re proud to have him represent Guaranteed Rate on the #55 car this weekend.”

“We’re excited to have Guaranteed Rate as the primary sponsor on Alex Palou’s car for this weekend’s Indianapolis 500,” expressed Team Owner Dale Coyne. “As an Illinois-based team we’re proud to be able to represent a Chicago-based national brand at the biggest race of the year. We hope to make them proud in return with a strong showing in Sunday’s race. Alex has done an amazing job so far and we look forward to seeing how he does tomorrow.”

The seventh round of the NTT IndyCar Series season, the 104th running of the Indianapolis 500, will go green on Sunday, August 23 at 2:30pm ET and will be broadcast live on NBC from 1:00pm ET.

About Guaranteed Rate
Guaranteed Rate is one of the largest retail mortgage lenders in the United States. Headquartered in Chicago, the Company has more than 5,000 employees in nearly 350 offices across the U.S., and is licensed in all 50 states and Washington, D.C. Since its founding in 2000, Guaranteed Rate has helped hundreds of thousands of homeowners with home purchase loans and refinances and funded more than $30 billion in loans in 2019 alone. The Company has cemented itself as Positively Different by introducing innovative technology, such as the world’s first Digital Mortgage, by offering low rates and by delivering unparalleled customer service. Honors and awards include: Top Lender for Online Service for 2018 by U.S. News & World Report; No. 3 ranking in Scotsman Guide’s Top Retail Mortgage Lenders 2019; Top Lender 2016, 2017 and 2018 by Chicago Agent magazine; Chicago Tribune’s Top Workplaces list for seven consecutive years; and Best Online Mortgage Lender, Best Mortgage Lender for VA loans and Best Conventional Mortgage Lender by NerdWallet in 2019. Visit rate.com for more information.