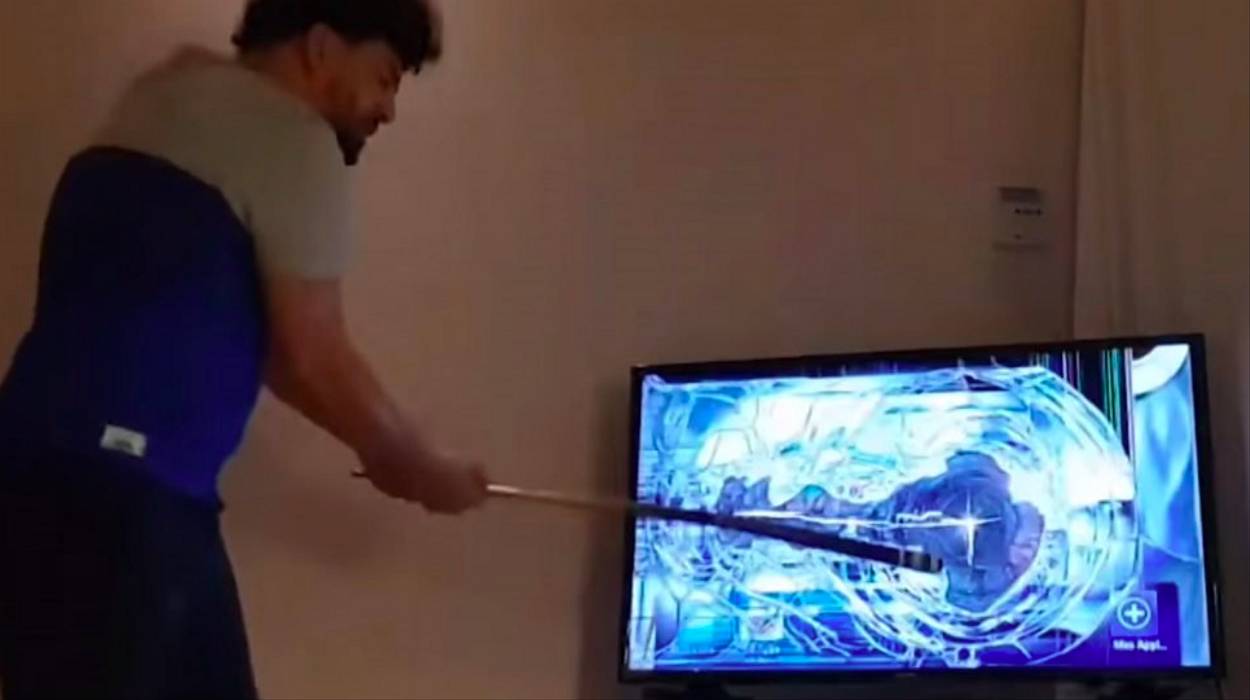 Finishing the Indy 500 race under caution, instead of red-flagging it and giving the fans an exciting 3-lap shootout for the win,  undoubtedly left the hardcore fans disappointed as hell (how many smashed their TV screen – above?), and the channel surfers mumbling that they’re never watching an IndyCar race again.