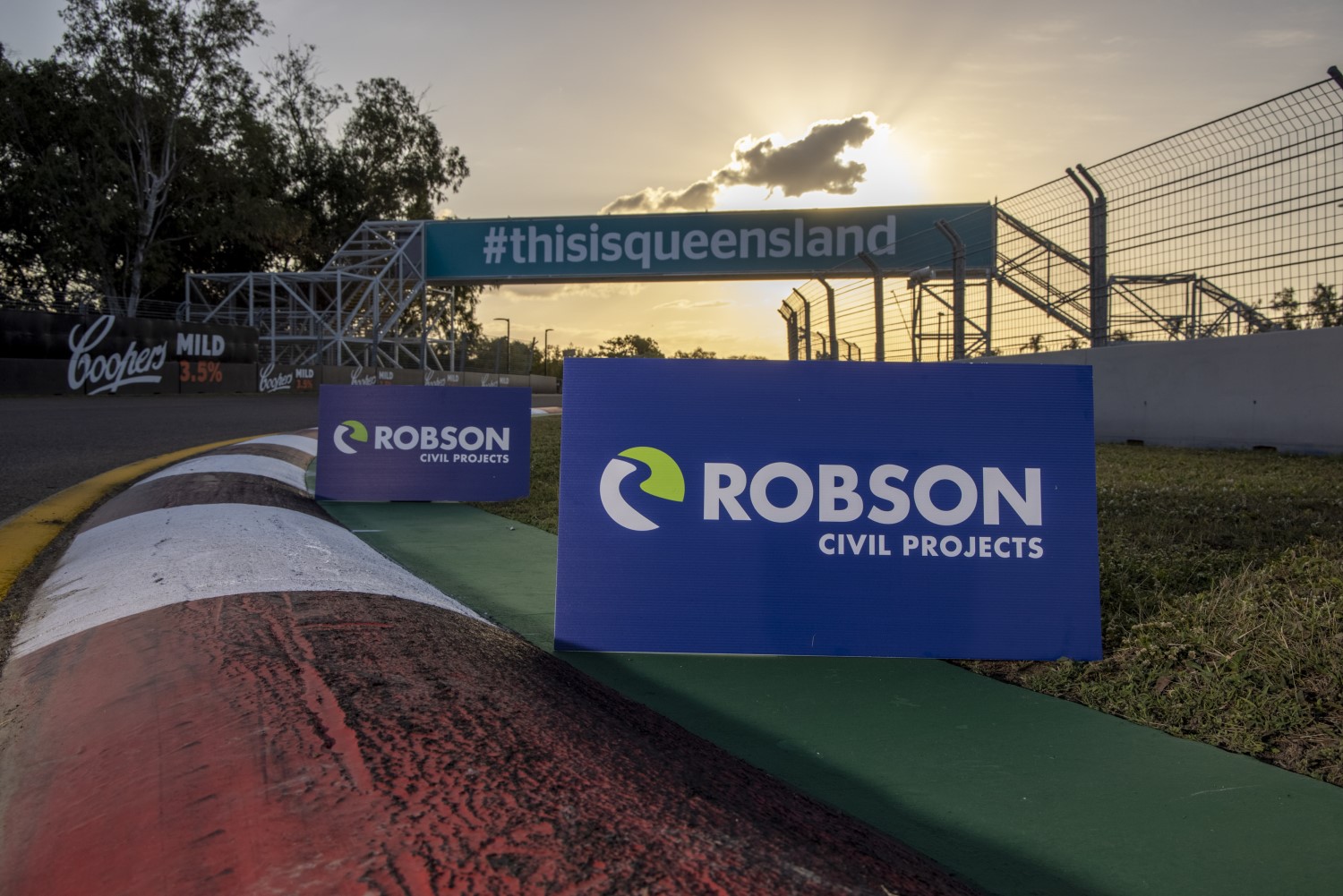 The second event of the Virgin Australia Supercars Championship Townsville double-header will be known as the Robson Civil Projects Townsville SuperSprint, with a naming rights partner signing on today.

The company has emerged as one of the leading civil construction companies on the east coast of Australia, having developed partnerships with major clients and engineering consultancy firms.

Robson has been a long-time support of Supercars through a personal sponsorship with Tickford co-driver and Bathurst podium winner, Michael Caruso.

Director Grant Robson says: “Motorsport is a real passion for our family, in fact, the entire team seem to share that passion.”

“We have supported Michael Caruso for years now, and he has played a key role in helping bring this partnership to life.”

Fellow Director Mark Robson added: “I really believe that the excitement of this sport offers a much-needed escape from the uncertainty of 2020 that we are all feeling.”

“We feel very privileged that during these times we can support the sport we love.”

“Having a family-based company that is passionate about our category throw its support behind one of our biggest events on the calendar which has a global audience, is great news.”

The Robson Civil Projects SuperSprint will run at the famous Reid Park street circuit in Townsville on 5-6 September featuring three races over two days. It is the second event of Supercars’ double header in North Queensland.

Fans can attend both events, children under 12 get in free. All tickets should be pre-purchased through Ticketek. For more information head to Supercars.com.