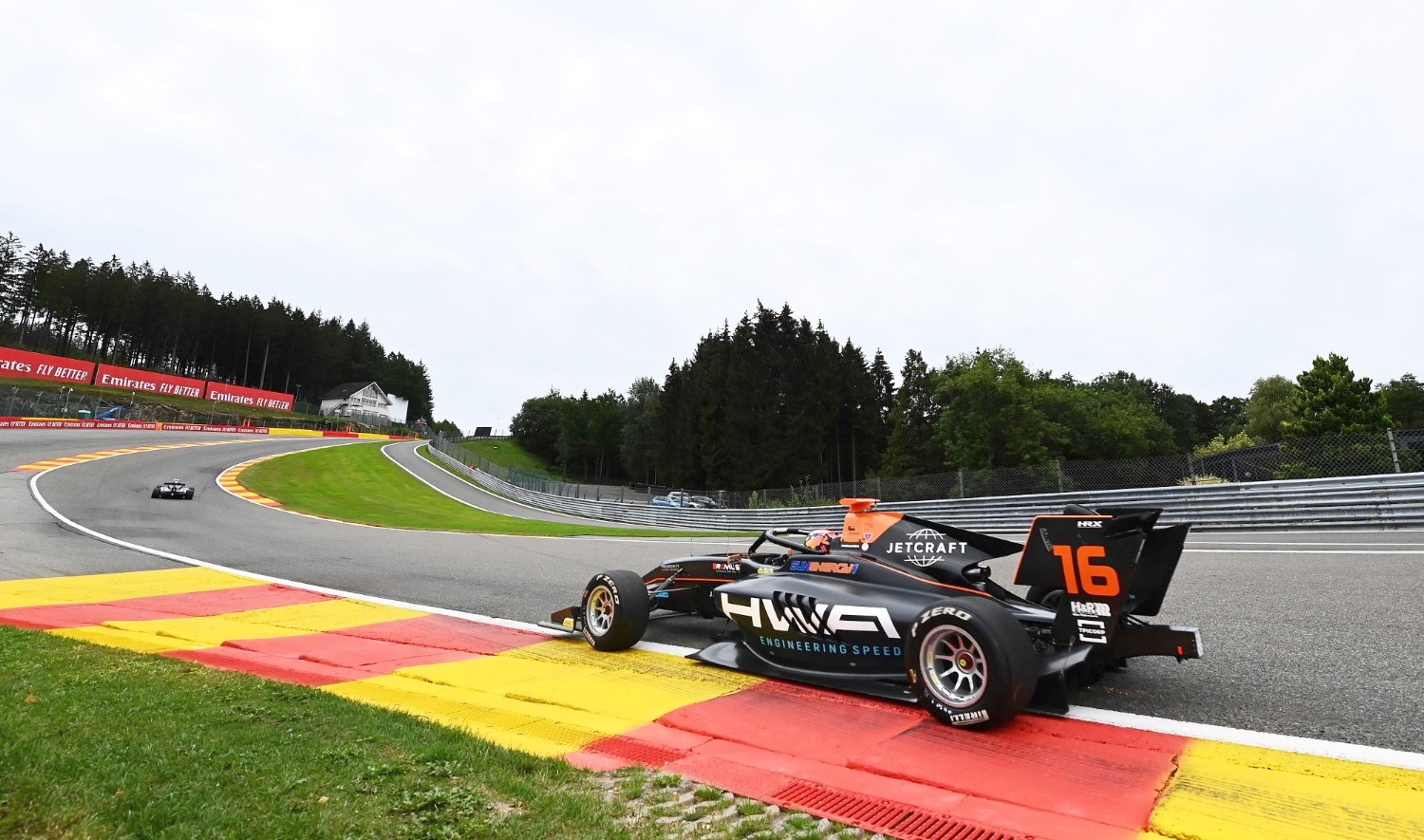 The trio of PREMA machines led the field out onto the track in Spa for their installation laps, and it was Charouz Racing System’s debutant Michael Belov who topped the timesheets in the opening minutes.

Some of the field dived straight back into the pits for a quick check-up, before heading out again for a proper tour. On their return to the tarmac, HWA seized control of the session, setting the fastest three times, with Jake Hughes leading Doohan and Enzo Fittipaldi.

HWA continued their dominance as the session ticked on, although the lead changed, as Fittipaldi took the time down to 2:08.367. He was briefly usurped by Oscar Piastri, before pulling out more pace and returning to P1.

Just as the cars began returning to the pits, David Beckmann threw his hat into the ring with a quick lap and rose ahead of the HWA trio for P1. The cars struggled to match the Trident on their return, and he looked set to top his fourth Free Practice session of the year.

But, it wasn’t to be for the German, as the field were able to find further pace in the final minutes. Logan Sargeant and Théo Pourchaire enjoyed a stint in first, bettering Beckmann by 0.08s.

HWA were far from finished though – Fittipaldi gave Doohan a helping hand with the tow and the two lunged to P1 and P2 on the leaderboard by nearly half a second. The Australian’s time of 2:05.769 was nearly two tenths better than Jake Hughes’ FP topping lap in Spa last season.

As the checkered flag came down, the Hitech Grand Prix machine of Hauger managed to better Fittipaldi’s effort and jump up to second, but no one could touch Doohan, who retained P1. Caldwell managed third on his final tour, with David Schumacher in fourth, ahead of his new Carlin Buzz teammate Cameron Das.

Fittipaldi fell to fifth at the flag, ahead of Igor Fraga, Sargeant, Pourchaire and Lirim Zendeli.

HWA will hope to continue the weekend as they have started it when Qualifying gets underway at 2.05pm this afternoon.