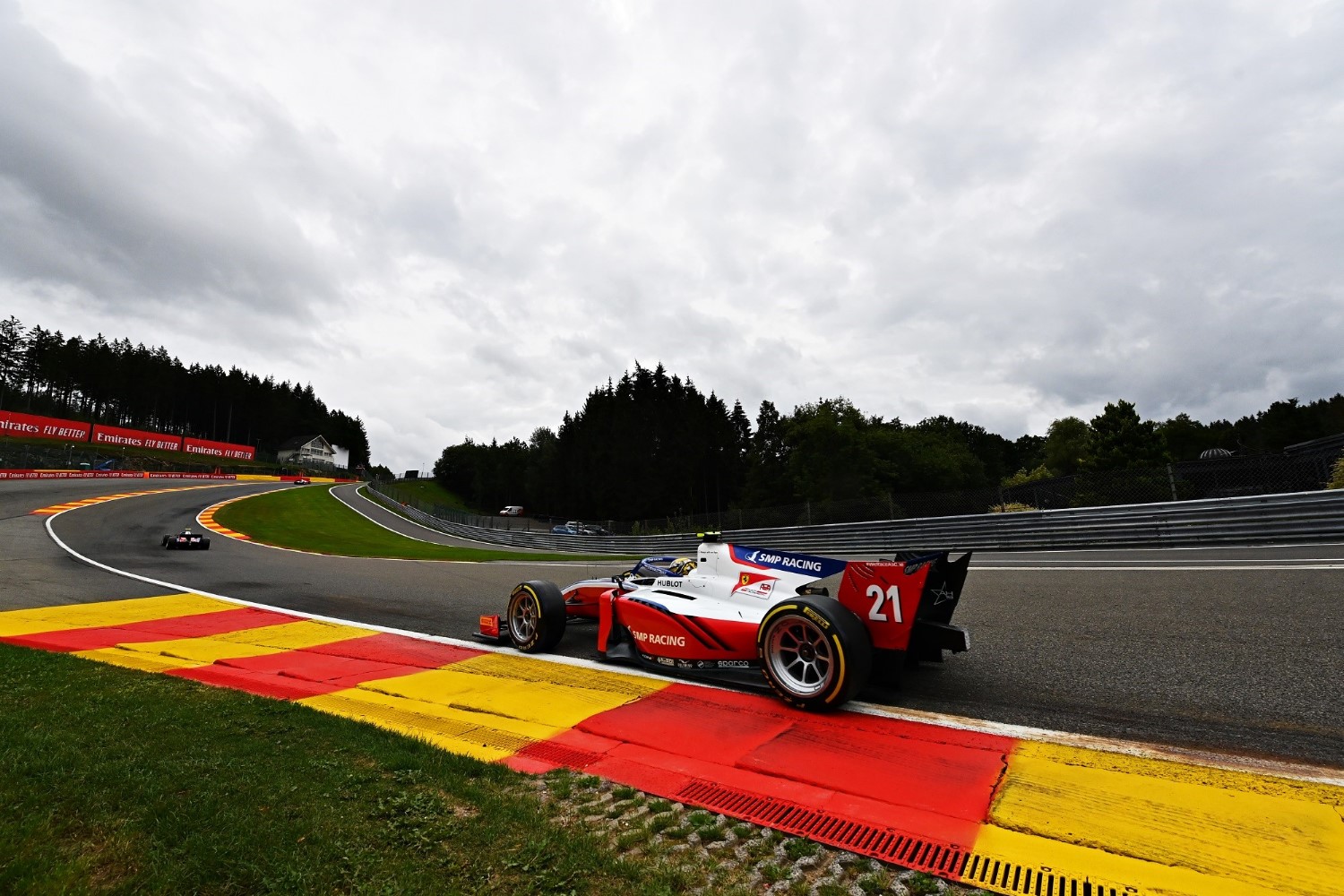 Title contender Robert Shwartzman (above) set the fastest time of FIA Formula 2 Free Practice in Spa to get his weekend off to the ideal start as he eyes up Championship leader Callum Ilott. The PREMA racer beat out Carlin’s Yuki Tsunoda by two tenths of a second, while Hitech Grand Prix’s Nikita Mazepin was third.

DAMS’ Dan Ticktum was absent from the session due to an inconclusive COVID-19 test. The Briton is currently awaiting the results of a retest.

No sooner had the cars began to feed out onto the track, they were they making their way back in. Giuliano Alesi spun on his installation lap as he attempted to warm up his tires and struck the barrier, ending his session early and bringing out a red flag.

Guilherme Samaia was the first man out onto the tarmac when the cars returned nearly 10 minutes into the session, but it was the PREMA duo of Shwartzman and Mick Schumacher who set the early benchmark.

The duo were the first to break the 2m barrier, with Shwartzman lapping fastest at 1:58.874 – a time that was already more than a second quicker than Nyck de Vries’ Free Practice topping time in 2019.

Tsunoda was able to break them up with his tour and dive into second, but remained two tenths shy of the Russian. As the rest of the grid got a feel for Spa, the times started to fly in and Schumacher slipped down the order having already switched his focus to long-runs.

Mazepin was the quickest of those fast laps, diving into second, behind Shwartzman and Tsunoda. Felipe Drugovich and Jehan Daruvala also broke into the top five, ahead of Jack Aitken and Schumacher.

The top seven would remain the same in the second half of the session, as the rest of the grid joined the PREMAs in switching their focus to longer runs and gathering data. Luca Ghiotto, Louis Delétraz and Callum Ilott completed the top ten.

Shwartzman will be in search of his first pole position in F2 when Qualifying takes place at 5pm local time.