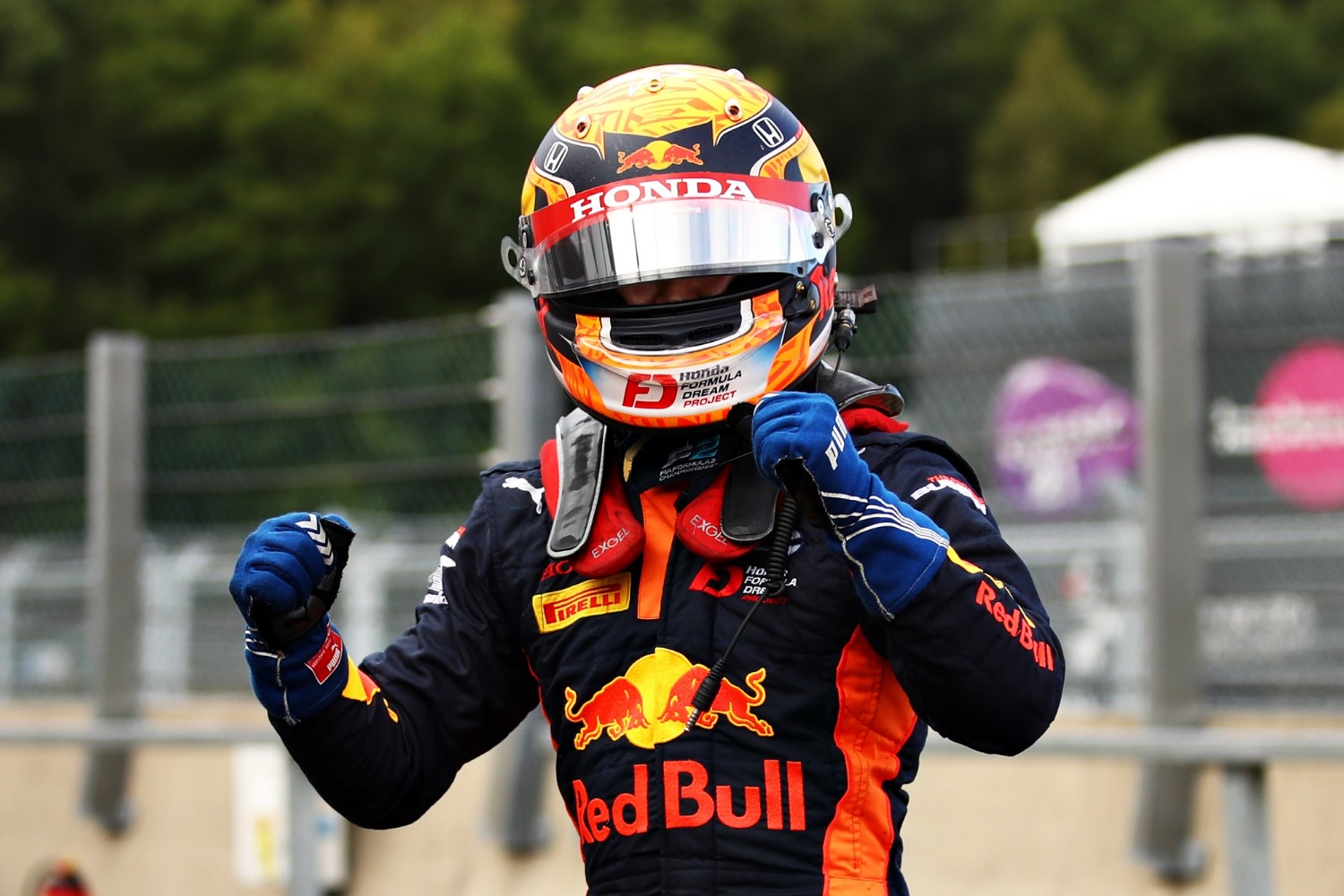 Carlin’s Yuki Tsunoda (above)was in scintillating form around Spa-Francorchamps, taking pole for the second time this season in FIA Formula 2 Qualifying. The Red Bull Junior finished a tenth faster than Nikita Mazepin, who squeezed every drop of power out of his Hitech Grand Prix machine in his attempts to beat Tsunoda.

Mazepin settled for a career best Qualifying of P2, ahead of Nobuharu Matsushita, who will start in the top three for the first time this year.

The rain that struck Formula 3 Qualifying earlier in the afternoon had passed by the time F2 got out there, which allowed the grid to feed out onto a dry circuit. Juri Vips’ first qualifying session couldn’t have gotten off to a worse start, as the DAMS’ driver was forced to pull off the road and stop with an issue without setting a time. The stewards wheeled his car behind the barriers and his day was done.

After swift work from the marshals, Roy Nissany completed his first full tour of Spa as the times began to come in. Teammate Marino Sato topped the early standings, with a time of 1:58.959.

The session was brought to a brief halt when the rear of Guilherme Samaia’s Campos started smoking. The Brazilian was quickly out of his machine, and the flames were put out, but his day was over and a red flag was required to get it moved.

The field were in a hurry to set some fast laps when running resumed and Tsunoda got the best of the lot, at the end of the first full run for everyone. The Carlin racer lapped two tenths faster than his nearest rival Mick Schumacher.

Mazepin was already on for his best qualifying of the year at the halfway point, but he returned from his tire change wanting even more. He briefly held P1, after a stunning middle sector, but Tsunoda looked to be on another level around Spa. The Red Bull junior found even more pace from his Carlin to reclaim first from the Russian.

Matsushita followed up his stunning Feature Race win in the previous round at Barcelona with his best qualifying of the year in third place, only two tenths off the pace.

Championship leader Callum Ilott finished outside the top three for the first time in 2020 and will start the Feature Race back in P12.

Tsunoda will be looking for his second win of the season in the Feature Race tomorrow, when the lights go out at 3.45pm local time.