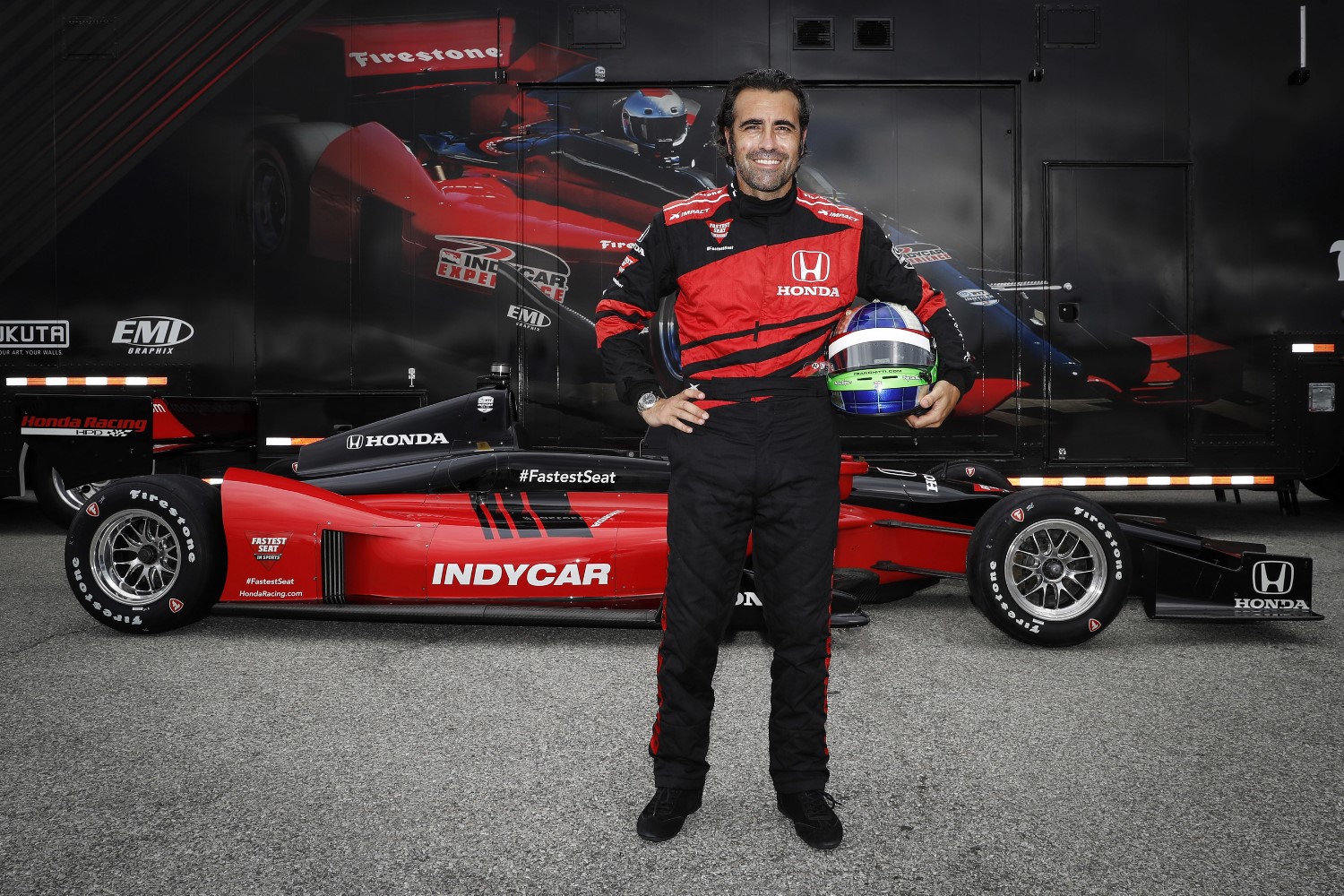 Three-time Indianapolis 500 winner and four-time series champion Dario Franchitti will return to the cockpit this weekend at World Wide Technology Raceway, as the former Indy car star takes the controls of Honda’s “Fastest Seat in Sports” two-seat Indy car prior to the start of Sunday’s NTT INDYCAR SERIES race on the 1.25-mile oval.

St. Louis native Kerry Robinson, former left fielder for the St. Louis Cardinals and now a scout for the organization, will ride in the custom-built, Honda-powered, two-seat Indy car piloted by Franchitti at the World Wide Technology Raceway at Gateway, located across the Mississippi River from St. Louis, Missouri.

“I’m excited to get back behind the wheel of an Indy car, especially one with Honda power, although I certainly didn’t expect to have a passenger!” said Franchitti, who scored all of his 31 Indy car wins with Honda power. “It will be fun to return to the track here at St. Louis, since I believe this is the place where I led an Indy car race for the first time, back in 1997.”

Since his retirement in 2013, Franchitti has remained active in Indy car racing, serving as a driving coach and advisor at the Honda-powered Chip Ganassi Racing team, working with team drivers Scott Dixon, Felix Rosenqvist and Marcus Ericsson.

At last weekend’s Indianapolis 500, the guest passenger was Honda-powered team owner and former Indy car champion Michael Andretti, who was driven by his father, Mario, while his son Marco led the 33-car starting field from the pole.

Honda also continues its commitment to IndyCar® this year as the automaker celebrates its 27th consecutive year as a manufacturer to the NTT INDYCAR SERIES® and seeks the Manufacturers’ Championship for the third year in a row.