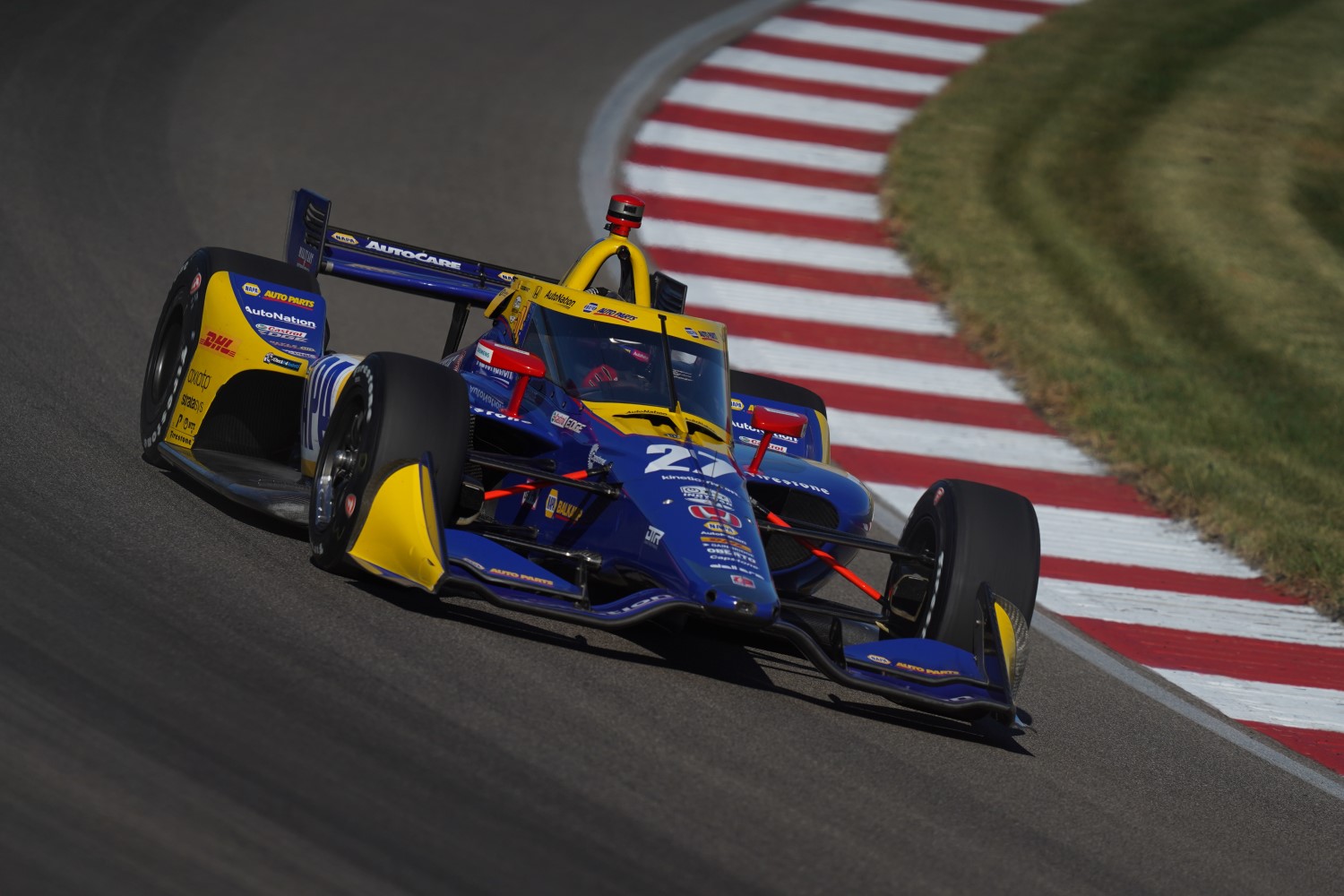 Alexander Rossi (above at Gateway Friday) has conceded the 2020 IndyCar championship to Scott Dixon and adjusted his goals towards making a podium or two.

The current IndyCar schedule lists just five races remaining races on the schedule. A doubleheader at Mid-Ohio has been postponed but could find its way back on to the calendar.

Even with a full slate, Rossi has waved the white flag on his championship chances.

Rossi, a title contender the last three years, is 14th in the standings, and has lost his way.

“I’m not looking at the championship by any means. Scott’s definitely going to win the championship,” Rossi said. “We’re going to try and win races. If we could finish in the top three or four or five, I think that’d be a good recovery considering the way things have gone.”

Racing from the back of the Indy 500 field after a pit stop penalty, Rossi lost control of his Andretti Honda and he plastered the Turn 2 wall ending his day.