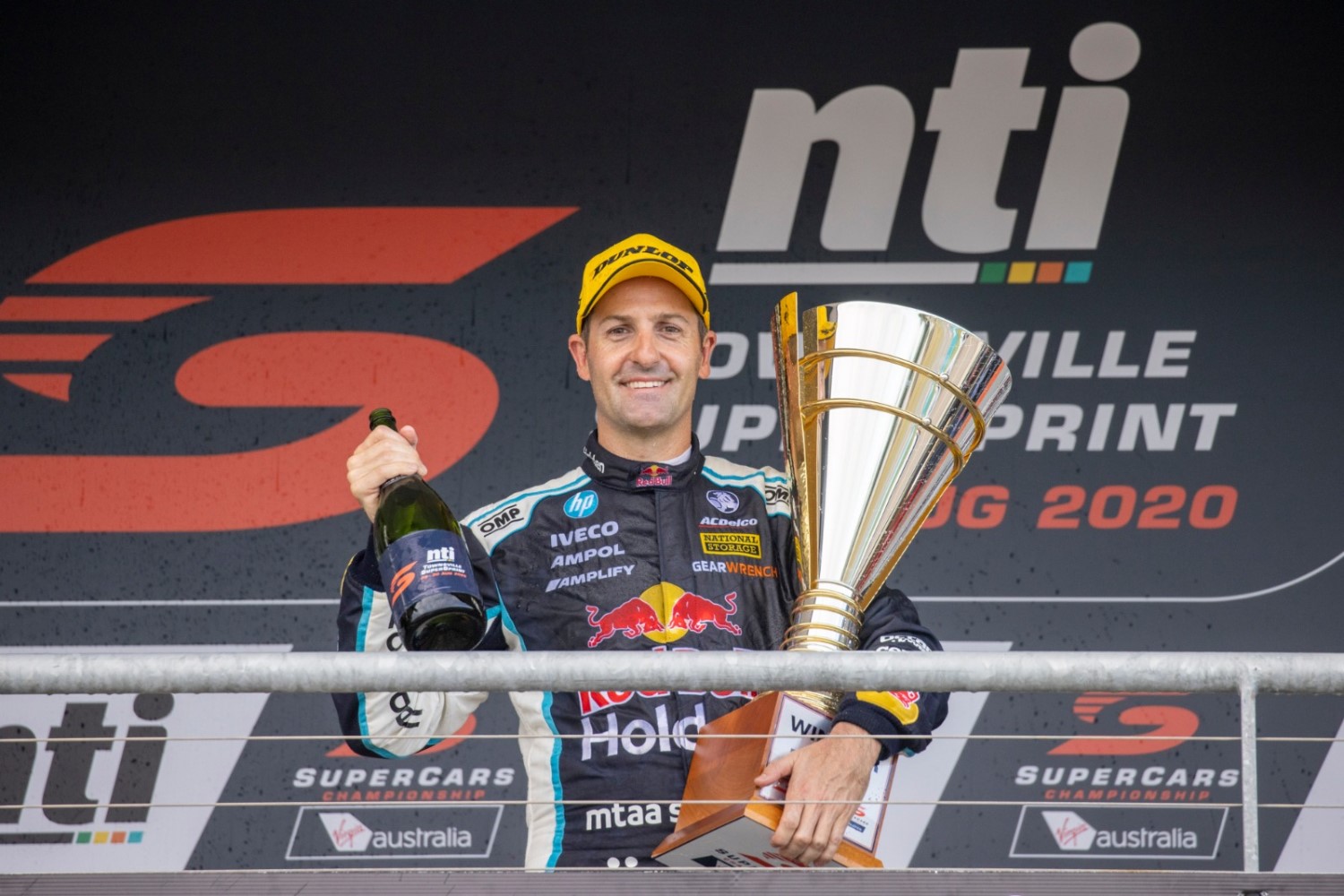 Jamie Whincup’s dominance in Townsville continued this afternoon with his 11th victory in North Queensland at the NTI SuperSprint.

It was career win 121 for the all-time great who coasted his #88 Red Bull Holden to victory in a race that had everything, including a trademark pileup on the opening corner of the Reid Park street circuit.

Around 17 drivers were affected by the bingle on the opening lap, that started when Shane van Gisbergen and Mark Winterbottom collided, pushing youngster Anton De Pasquale straight into a turning pack of around eight cars. zzzz

From there more than half the field was affected, some even ruled out for the remainder of the race, however it did help runaway Virgin Australia Supercars Championship leader Scott McLaughlin.

The Shell V-Power Ford ace had a terrible qualifying run and started the race from 16th position. While he was right in the middle of carnage at the opening corner, somehow he avoided major damage and eventually went on to finish in 7th position to maintain a healthy 141-point lead over Whincup in the Championship.

Behind Whincup on the podium was Monster Energy’s Cam Waters and Mobil 1 Holden driver Chaz Mostert.

The victory was Whincup’s third for 2020.

A radio malfunction proved the only real issue for Whincup, resulting in the seven-time champion initially being confused if the race had finished.

“We lost radio about lap 10 so I was screaming at the guys to put the board out and then I didn’t get the checkered flag,” said Whincup, who took the win by 6.9 seconds.

“[The flag waver] sort of had it out, but he didn’t know if it was me or not, and I just remember the old man always said just keep going until you get the checkered flag, so I thought I’d keep going.”

Whincup then ended up parking on the front straight following the cool-down lap, instead of heading back to pitlane.

“We changed the podium presentation in Darwin to the track for COVID reasons but I think we have changed it back to pitlane,” he shrugged. “I was just trying to wing it with no radio!

“All in all though, happy with the win, the car was excellent. We used three tires, I think most maybe only used two, but we needed the win.”

McLaughlin’s lead over Whincup in the standings has been cut from 177 to 141 points, with Mostert moving to third ahead of van Gisbergen, who is 377 adrift of the top spot.