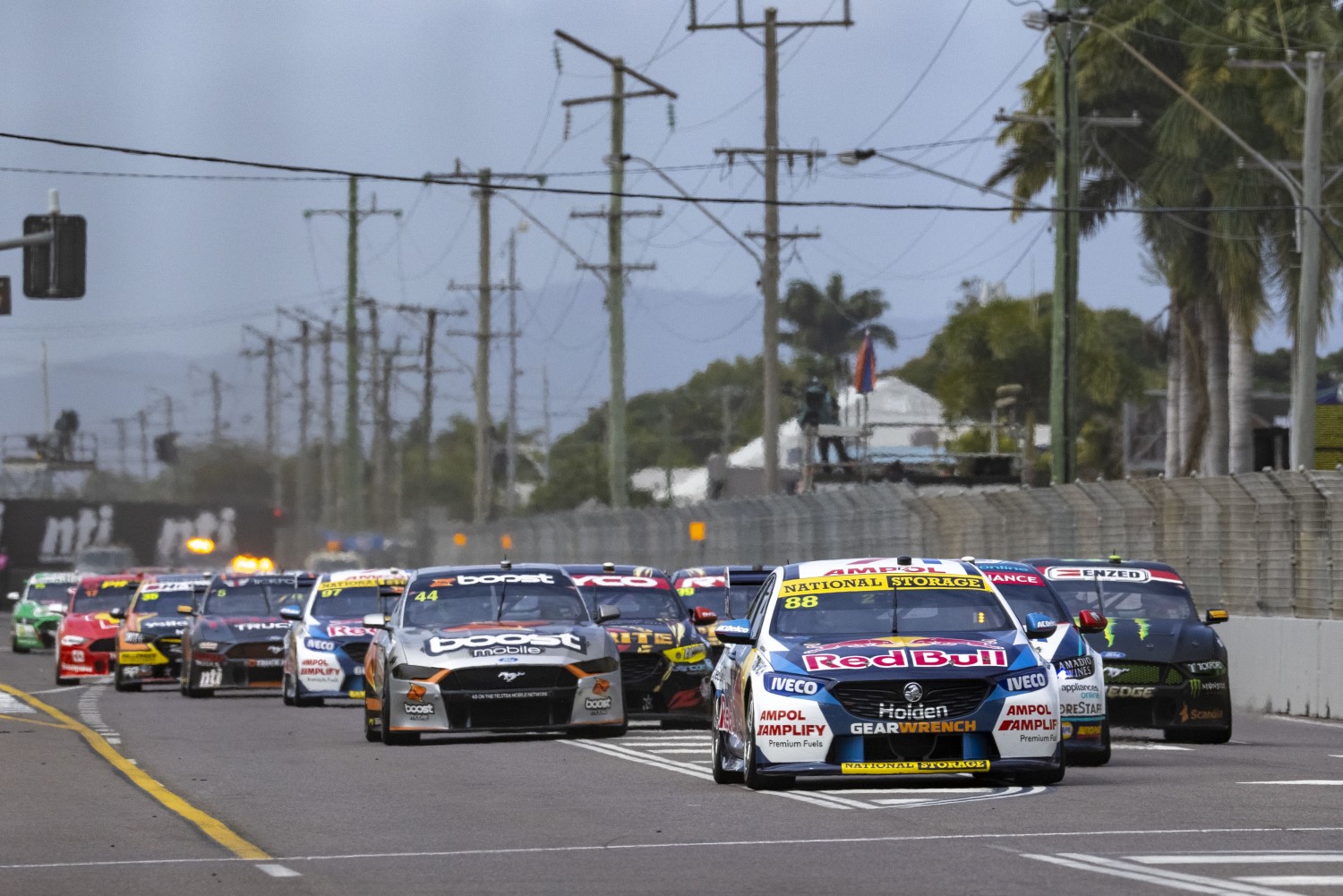 Seven-time Supercars Champion Whincup claimed his 12th win in North Queensland this afternoon and second consecutive after a win yesterday.

Like Saturday’s opening encounter, it was a straightforward affair for the Red Bull Holden ace, leading away from ARMOR ALL Pole and not looking back.

Walkinshaw’s Chaz Mostert had his second podium in as many days finishing runner up, while Shane van Gisbergen stormed home in the #97 Red Bull to claim 3rd place from Cam Waters and James Courtney.

McLaughlin, again struggled in qualifying for the early race as he did yesterday – but made up for it, finishing 6th to ensure Whincup didn’t close the gap on the points tally too much.

In the final race of the day, McLaughlin redeemed himself for a poor weekend by his lofty standards, by leading from ARMOR ALL Pole Position all the way to victory lane.

He was pushed throughout by Waters who was arguably one of the most consistent drivers of the weekend. Whincup made a late move on Nick Percat to claim third spot.