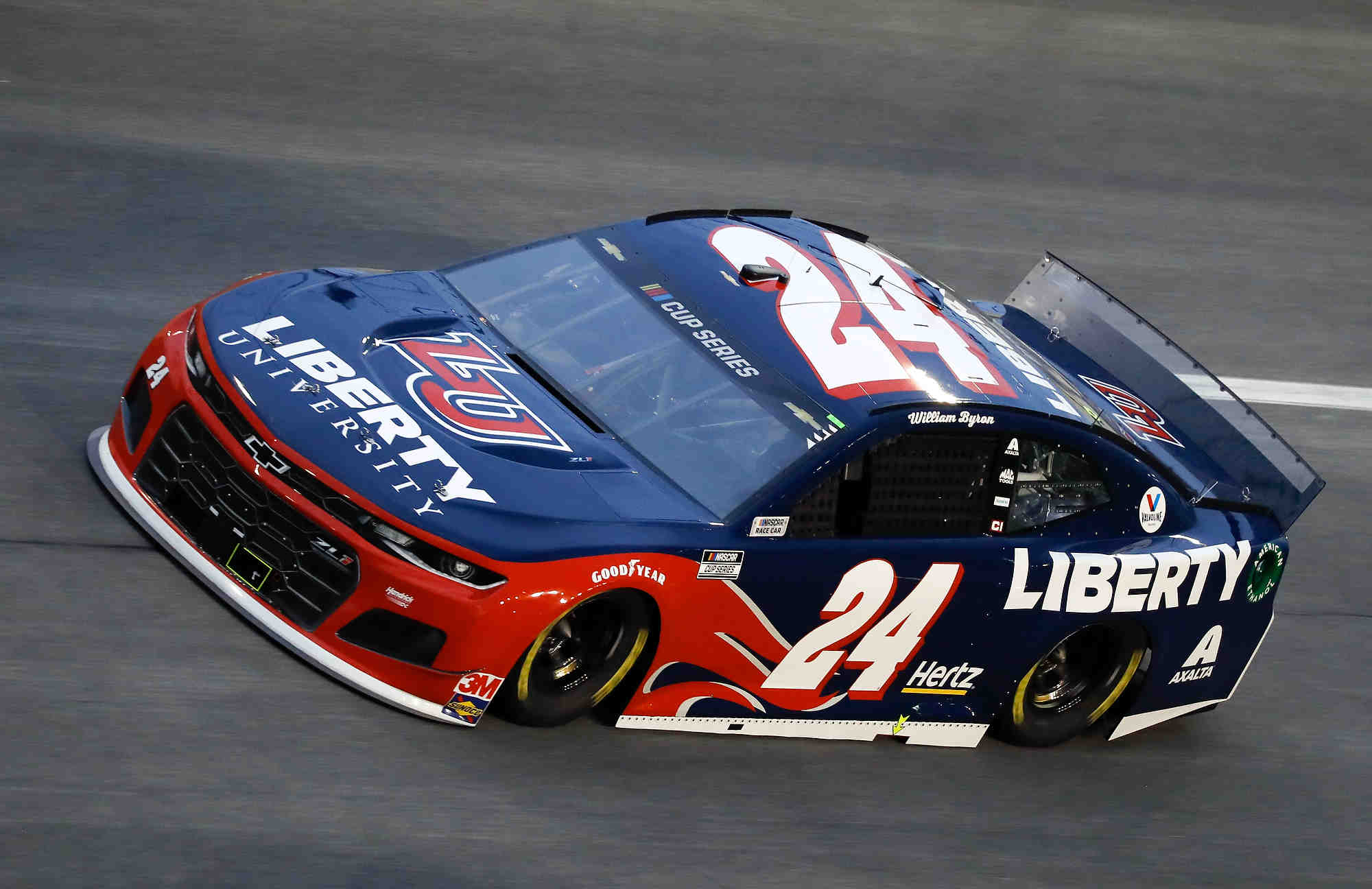 The victory was an automatic berth into the playoffs for the 22-year old Byron – a hard-fought trophy in a typically full-contact, high-emotion contest on NASCAR’s famed Daytona high-banks to settle the playoff field.

The only two playoff positions still up for grabs on the night were filled by Byron and Matt DiBenedetto, who earned the 16th and final Playoff position with a 12th place effort – a mere six points better than seven-time series champion Jimmie Johnson who nursed a badly-damaged car home to a 17th-place finish.

“We made it,” DiBenedetto said. “I don’t care how we did it. All my goal was, was to come in here and make it.

“I wanted it so bad for this team,” he continued, with a nod to the longtime Wood Brothers Racing operation he drives for this year.

Johnson – who is retiring from full-time competition at the end of the season – was obviously disappointed in the outcome, but emboldened by the effort of his team. The 83-race NASCAR Cup Series winner had a tough path to earn a playoff berth. He missed a race due to a COVID-19 diagnosis and had points taken away from a runner-up effort earlier in the season due to a disqualification. He was in contention to move into his final playoffs opportunity until being caught up in an 11-car accident with only two laps left in regulation.

“First and foremost, congratulations to my teammate for getting his first Cup win like that,” Johnson said. “This setting and the drama that goes into it, that’s a big win for [crew chief] Chad Knaus and William Byron, really happy for those guys.

“I really feel like we had a way to transfer to win or point our way in the way it went the first two stages and things just got ugly in Turn 1. Unfortunate, but that’s plate racing.

“We had a really good car and last couple months we’ve been really getting our act together and running well. Really disappointed to not be in the Playoffs. That was the number one goal to start the year.”

Byron took the lead from this year’s Daytona 500 winner Denny Hamlin on an overtime restart with two laps to go and with cars spinning out behind him, ultimately was able to hold off his Hendrick Motorsports teammate Chase Elliott by a blink-of-the-eye 0.119-second.

Kyle Busch led 31 laps but with only eight laps remaining in what had been a largely incident-free race, Busch, the reigning NASCAR Cup Series champion, was collected in the first of two mega-accidents. 10 cars suffered damage in the incident and a red flag flew for more than 10 minutes.

The race restarted with five laps remaining but another incident at the front of the field involved 11 cars – including Johnson’s No. 48 Chevrolet and Joey Logano’s No. 22 Team Penske Ford which had won the race’s first two stages.

Byron was part of that close-quarter contact racing and the race leader when the caution came out. During the ensuing short red flag period, Byron’s team worried if his car had suffered damage in the melee –  if Byron should stay out for the restart instead of pitting. He stayed out and the gamble paid off with Byron’s first NASCAR Cup Series win and a berth in the playoffs.

“I’m just extremely blessed and this is incredible,” said Byron, who drives the No. 24 Hendrick Motorsports Chevrolet. “It’s been a hard couple of years in the Cup Series and trying to get my first win and gel with this team. These guys did an awesome job today and got us in the Playoffs and it’s amazing.

“This is probably the hardest track to points-race,” said Byron who only had a four-point advantage over Johnson for the final playoff transfer position entering the race.

“We had a great Stage 2 and kind of got back in the pack and got shuffled when everyone went single file. I thought my hope were up there. And we were racing around the No. 21 (DiBenedetto) and the No. 48 (Johnson) in the final stage and I was like, ‘man, I’ve to really make something happen. Luckily, I was able to push the No. 43 (Wallace) and he and the No. 22 (Logano) made some contact and opened up a hole for me and I wasn’t going to lift.

The 10-race NASCAR Cup Series Playoffs begin next Sunday with the Cook Out Southern 500 at Darlington Raceway (6 p.m. ET on NBCSN, MRN and SiriusXM NASCAR Radio).

Seven-race winner Kevin Harvick, the regular season champion, is the top seed and takes a 10-point advantage into the playoffs over six-race winner Denny Hamlin. With his win, Byron moved up to a ninth-place seeding. DiBenedetto starts his first ever playoffs seeded 16th.