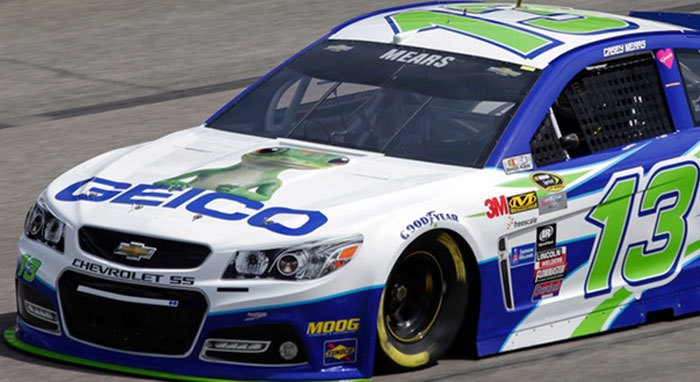 Michael Jordan and Denny Hamlin have purchased the charter from Germain Racing for their new NASCAR Cup Series team.

Jordan, widely considered to be the greatest basketball player of all time and current owner of the NBA’s Charlotte Hornets, is now the majority owner of a NASCAR Cup Series team. Wallace, the series’ lone Black driver in the midst of a career-best season, has found a home after announcing earlier this month that he would not return to Richard Petty Motorsports.

Also announced Monday was news that Denny Hamlin would also be a minority owner of the team. Hamlin has long been connected to Jordan through the latter’s Jordan Brand, and the two are close friends.

Wallace has made 105 career starts at NASCAR’s top level, all of them with RPM. He has five top-10 finishes this year, including a fifth-place run in the regular-season finale at Daytona International Speedway, which is also site of his career-best finish – runner-up in the 2018 Daytona 500.

Hamlin had expressed interest in NASCAR team ownership this year. He addressed rumors of his involvement on the ownership side earlier this month.

“I think that I’m always looking towards what I’m going to do after my driving career is over,” Hamlin said. “I’ve got some great partners that support me and my decisions in what I will do for years to come.”

Hamlin will remain a driver of the No. 11 Toyota for Joe Gibbs Racing, where he has six wins this year and is one of the favorites to win the 2020 championship.

Wallace, 26, is now being linked to one of the biggest names in sports – former NBA Superstar Michael Jordan and Denny Hamlin.

Yahoo! Sports is rumoring Jordan could be involved with Wallace’s next team:

“As Bubba Wallace looks for a new team to race for in 2021 and Denny Hamlin could be looking to get involved in ownership of a Cup Series team, Michael Jordan’s name has been floated a second time as someone who could be involved in a venture that would include Hamlin and Wallace for the 2021 season.”

Of course, it’s just speculation at this point, but Wallace pairing up with the greatest NBA player of all-time would be pretty cool to watch.

Rumor has it that expected bidders/interested groups for the Germain team assets include Denny Hamlin (who is rumored to be hiring Bubba Wallace in a Toyota powered team), The Money Team Racing, and Justin Marks DG.

Sources say the Hamlin group is likely the leading bidder.

This rumor is upgraded to ‘strong’ today. On Tuesday, FOX Sports’ Bob Pockrass released a statement on Twitter from Germain Racing on their 2021 plans, and it read as follows:

“At this time, anything is on the table. Germain Racing does not have a signed sponsorship contract for 2021 and Bob Germain is exploring conversations for a potential sale.”

Germain Racing statement on 2021 status: “At this time, anything is on the table. Germain Racing does not have a signed sponsorship contract for 2021 and Bob Germain is exploring conversations for a potential sale.” #nascar

According to unconfirmed reports we are getting, Germain Racing just informed the employees that the team is being sold and shut down at the end of the year.