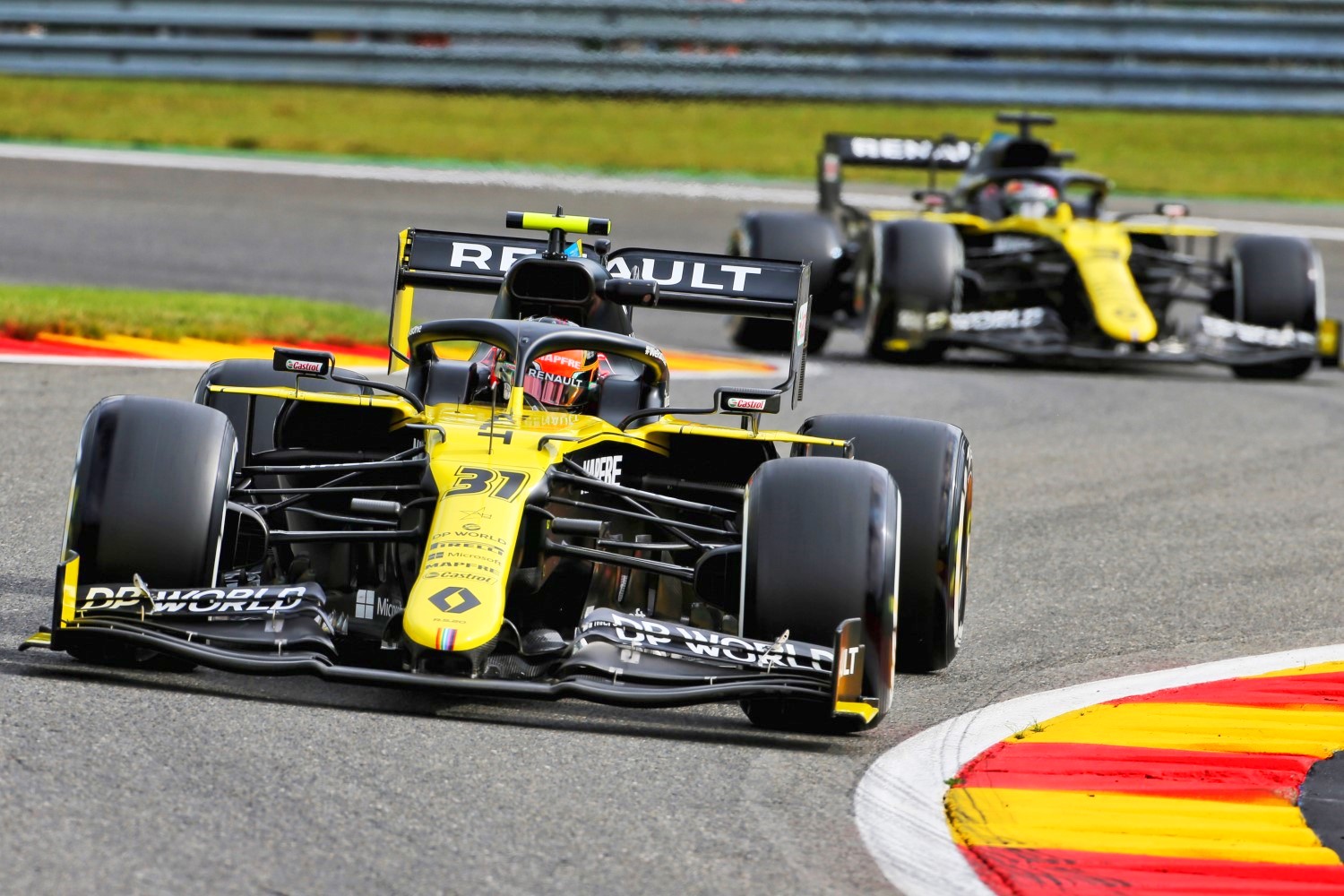 (GMM) There is a “political” factor behind Renault’s surge towards the front of the grid.

That is the claim of Italy’s Corriere della Sera newspaper, after the French works team’s sudden show of much stronger form at Spa.

“If Renault continues like that, I will not be surprised to see them on the second or even the first row of the grid at Monza,” said Dutch GP boss Jan Lammers.

Corriere della Sera’s theory is that Renault surprisingly decided to drop its appeal over the ‘pink Mercedes’ affair in exchange for a favor from Daimler.

“Renault has suddenly improved its engine,” the report claims.

“It seems that there is a political story behind this based on exchanges of favors involving the Daimler Mercedes group.”

The suggestion is that Mercedes subsequently agreed to help Renault with information about power unit optimization.

“We found the sweet spot,” Daniel Ricciardo had declared at Spa when asked about Renault’s sudden surge in form.

“For me it was the feeling I have with the car. It was like ‘Yes, this is what we need to make the car work’. I don’t think we had a discovery like this last year, so that’s encouraging.”

The Mercedes F1 team has been implicated in the ‘pink’ Mercedes controversy, being accused of giving Racing Point the designs for its 2019 car, which is just as illegal as Racing Point accepting and using them.

So it is to Mercedes benefit to have the appeals against the FIA ruling on Racing Point dropped because they could result in Mercedes paying a heavy price for such alleged illegal activity.

So why did Renault F1, which does not use Mercedes engines and, hence, have no need to be subservient to Mercedes, all of a sudden drop their appeal?

The Italian Corrière della Sera reports that Renault waived its appeal regarding the penalty given to Racing Point. This follows contact with the Mercedes-CEO Ola Kallenius, who spoke with Renault-CEO Luca de Meo. This conversation led to the conclusion that it would be better for Formula 1 to drop the appeal.

Rumor has it that Kallenius offered Renault some of its F1 engine secrets in return for dropping their appeal.

Are you, therefore, surprised that Renault F1 suddenly showed an increase in speed at Spa – with both Daniel Ricciardo and Esteban Ocon qualifying near the top of the grid?