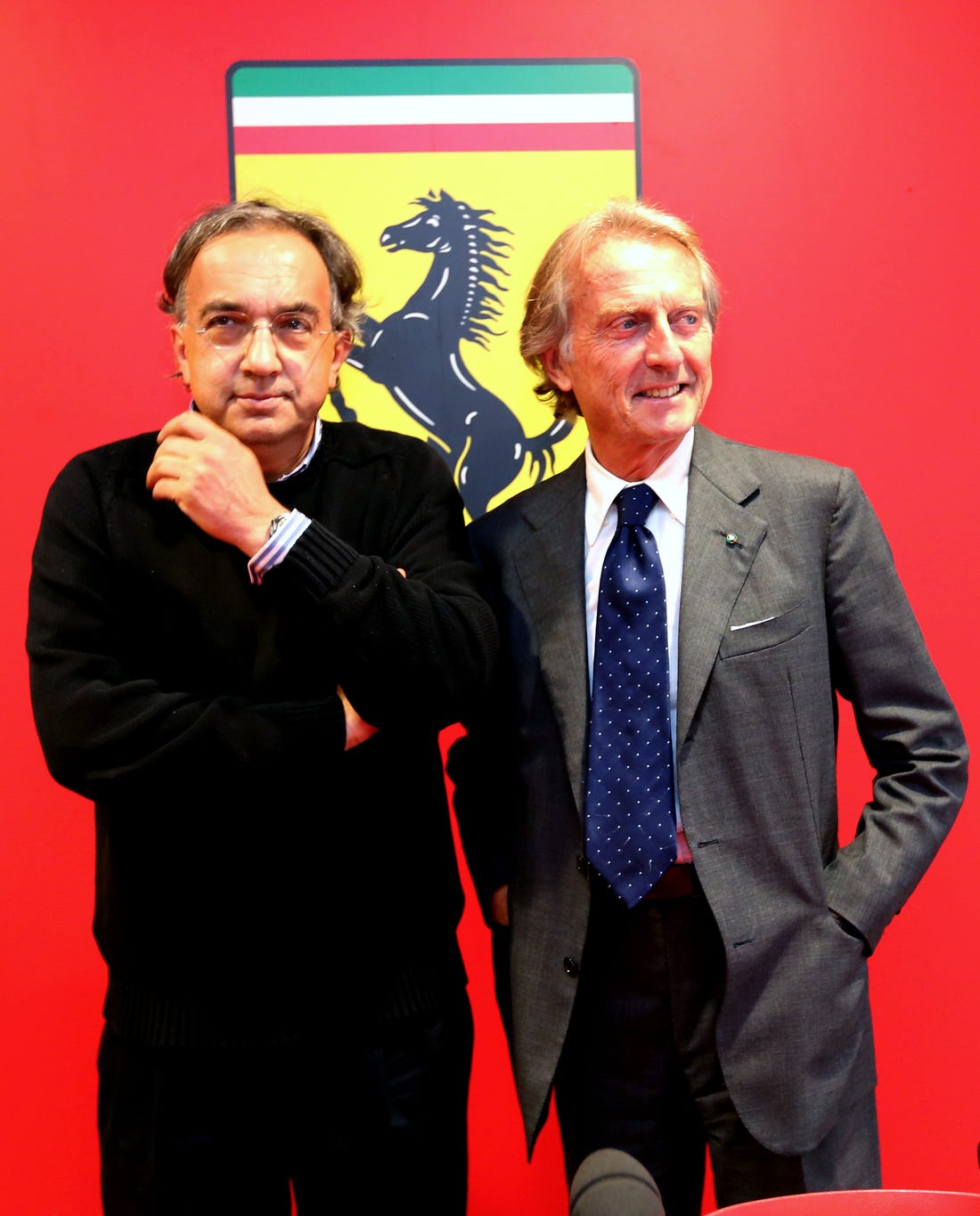 Although highly competitive with its 2019 power unit, the Italian team has slumped this year in the wake of the engine legality scandal and subsequent secret FIA agreement.

Former Ferrari president Luca di Montezemolo (shown above, left, with the late Sergio Marchionne) said the team “paid a very high price” as it has clearly struggled with the ultra-complex technology.

“We underestimated the complexity of the new power unit project,” he told RTL. “Compared to Germany, there was no hybrid culture here in Italy.”

Montezemolo said the issue was then compounded by a management crisis at Ferrari, following his own departure and that of then team boss Stefano Domenicali.

“The people who managed Ferrari after that had neither experience or competence in Formula 1,” he insisted.

“They thought you could just do it with a snap of the fingers and win quickly in Formula 1.”

“I name him, but I could also name others,” said the 73-year-old. “Then they made the mistake of transferring very good engineers from road car production to Formula 1.

Since Montezemolo’s departure, Ferrari has notably tried to ‘Italianise’ its F1 workforce, but he says even team founder Enzo Ferrari wouldn’t have agreed with that.

“Enzo always told me that if the best driver is in Guatemala, get him. The same goes for the engineers,” he said.

“We have to hire the best people to improve performance. And these engineers can then help the young talent among them to develop.”