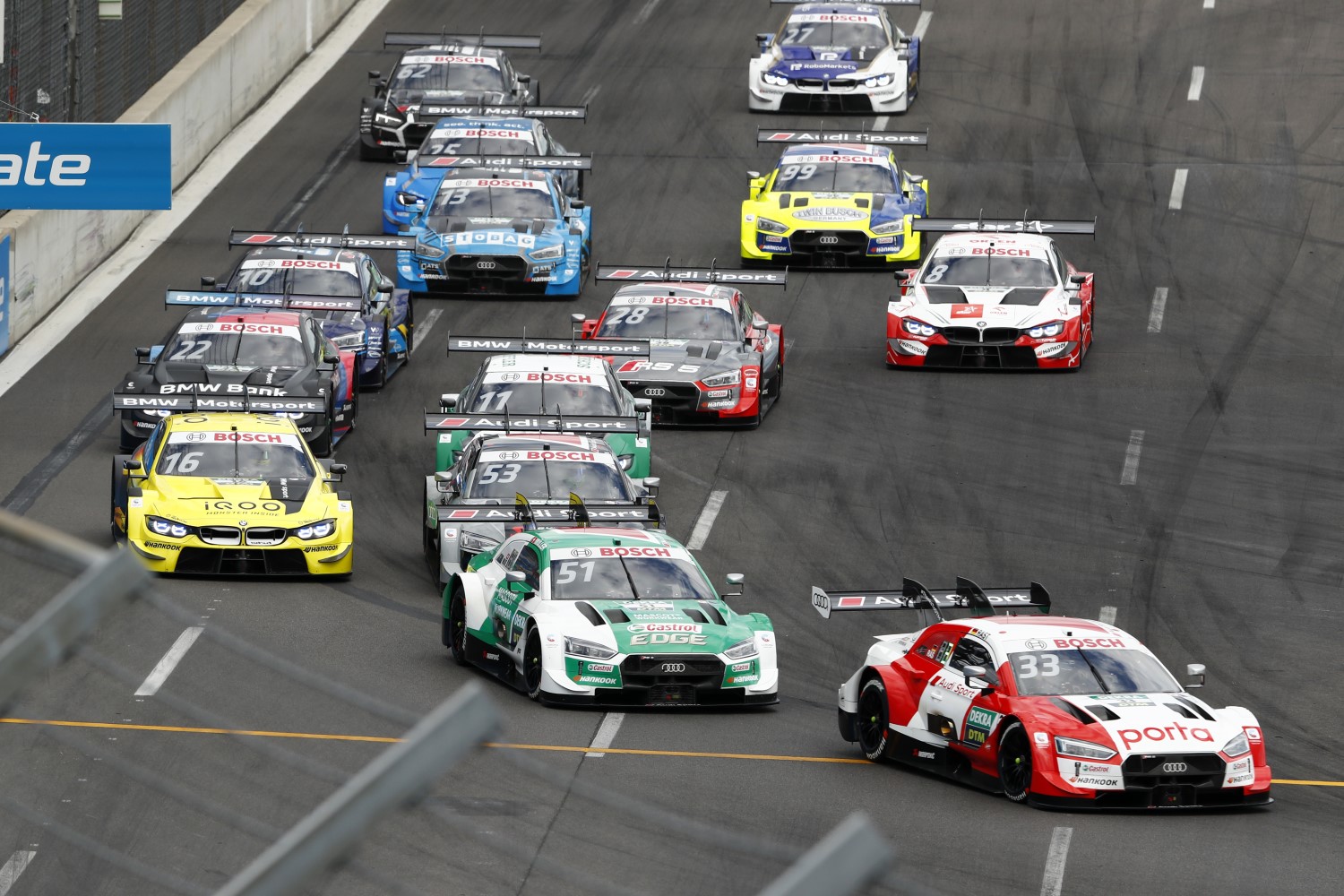 As spectators return, so does at least a part of normality: during the fourth season round of the DTM at Assen in The Netherlands (4th-6th September), spectators will be seated in the grandstands for the first time again. It is the end of the ‘loneliness’, as Audi works driver Robin Frijns describes it. After four pole positions from six races this season so far, Frijns aims at his long-awaited maiden DTM race win in his home country. Assen marks the start of an intense phase in the high-class touring car race series with three rounds on as many consecutive weekends. After Assen, it is straight on to the Nürburgring in the German Eifel region where the first event is held at the Grand Prix circuit (11th-13th September) and the next one at the sprint configuration (18th-20th September). As a result, one-third of the season will be run within only 16 days.

When the seventh and eighth race of the season gets underway on Saturday and Sunday at 13.30 hrs (live on SAT.1 from 13.00 hrs, practice and qualifying live at the streaming portal DTM Grid), conditions for exciting motorsport action could hardly be any better. After all, it was defending champion René Rast (GER) who won the third race of the season at Lausitzring, only 0.089 seconds ahead of points’ leader and fellow Audi driver Nico Müller (SUI) – no race in the DTM’s long history ended with a closer finish. In the sixth race of the season, BMW ended Audi’s winning streak that had lasted over one year with a double success by Lucas Auer (AUT) winning from Timo Glock (GER).

Assen, famous for its motorcycle races, made a much-publicized debut on the DTM calendar in 2019. In front of a great crowd in Europe’s longest grandstand, Audi and BMW had a duel that ended with a tie: on Saturday, Marco Wittmann (GER) claimed victory for BMW, followed by the Audi pairing of Müller and Rast while on Sunday, Audi’s Mike Rockenfeller (GER) came out on top from Wittmann and Müller. At the 4.542 kilometers long track, located south of the city of Groningen and some 40 kilometers away from the Dutch-German border, Austrian Philipp Eng (BMW) set the first-ever DTM lap record in 1m27.638s during the 2019 race weekend. Accordingly, this is the lap time to beat this weekend.

Nico Müller, who became a father for the first time on Monday after the Lausitzring race (24th August), is coming to The Netherlands with a strong championship tally at 133 points. The 2019 runner-up currently is 36 points clear of two-time DTM champion Rast (97). Frijns is also within striking distance at 92 points. With 52 points, ex-Formula 1 driver Glock is the best-placed BMW driver, fourth in the standings.

Robin Frijns: home race for the top qualifier of the year 2020

Frijns, meanwhile, is in the center of attention. Four pole positions have earned him the nickname ‘the machine’ from his fellow drivers, although he has yet to score his first race win. For the 29-year-old from Maastricht, who finished on the podium on four occasions so far this year, victory in his home country, and in front of spectators on top of that, would be the best possible feeling. After all, the ex-Formula 1 test driver has already been waiting for his maiden DTM victory for 44 races. The Dutch crowd, known to be passionate for motorsport, has been waiting for one of its national drivers to win a DTM race even longer. The last one to do so was Christijan Albers on 2nd May 2004 at Estoril in Portugal.

Strategy is key: focus on tires and pit stops

The TT Circuit Assen is a spectacular circuit with high- and medium-speed corners. From last year’s experience, the DTM drivers know that the demanding track is particularly abrasive on the tires, a similar situation to the season opener at Spa-Francorchamps (BEL). Even though the drivers and teams have racked up more experience with the spec Hankook tyres in the meantime, carefully handling the ‘black gold’ will be the key at Assen as well. Already at this stage, some drivers are asking themselves whether it will be enough to stick with one mandatory pit stop or if a second tire change could be an advantage, possibly adding another exciting element to the race.

Emotions return: spectators admitted for the first time in the ‘COVID-19 year’

The fourth DTM season round is a very special event as spectators are admitted again in the grandstands, albeit in limited numbers (tickets available until Sunday, 12.00 hrs, from the DTM Ticket Shop at tickets.dtm.com or from the DTM Ticket Hotline +49 1806 386 386). And it is about far more than just the actual presence of a crowd. With flags, banners, drums and trumpets, fans in the grandstands at least partly provide the colorful atmosphere that used to be characteristic for the DTM prior to the COVID-19 pandemic. Spectators not only get to watch the DTM, but also the Belcar Endurance Series, Tourenwagen Classics, Supercar Challenge and the Mazda MX-5 Cup, so five race series in total.

Robert Kubica is counting on a decent fan delegation of Poles living in The Netherlands. So far, the switch to the DTM is still a difficult affair for the Formula 1 driver, as numerous fellow Grand Prix drivers experienced before him. For the three Audi drivers of Belgian team WRT, meanwhile, things have been going better than for BMW driver Kubica thus far. Ferdinand Habsburg, in particular, caught the attention with fourth place on the grid and sixth place in the race. Like most of the DTM drivers, the 23-year-old Austrian also has excellent memories of the inaugural DTM event one year ago, of the enthusiastic fans and of the city of Assen itself. In a witty online press conference prior to the race weekend, Habsburg particularly remembered ‘hagelslag’, chocolate sprinkles in English. Frijns immediately promised to bring him some of the typical Dutch spread, after which Habsburg threatened to thank him with a kiss.

No time to relax: eight DTM drivers competed in the six-hour race at the Nürburgring

In the particularly compact season with nine rounds, September marks the second third of the championship. For drivers and teams, the upcoming schedule means a highly intense time with shortened preparation intervals for the up to 640 hp strong touring cars, usually far away from the workshop at home. While Rast, Müller and Frijns additionally competed in six Formula E races between the Spa and Lausitzring rounds, half of the DTM field didn’t allow themselves a weekend to relax between Lausitzring and Assen. The Audi quartet of Frijns, Müller, Rockenfeller and Jamie Green (GBR), as well as BMW drivers Eng, Wittmann, Auer and Sheldon van der Linde (RSA), raced GT3 sports cars in the six-hour race at the Nürburgring-Nordschleife. Classified second in the 160-car field, Frijns ended up as the best-placed DTM representative – perhaps a good omen for Assen. They all will be in the Eifel for three weeks in a row as after the two DTM rounds, the DTM stars will also be in action in the classic 24-hour race in the ‘Green Hell’ from 24th-27th September.