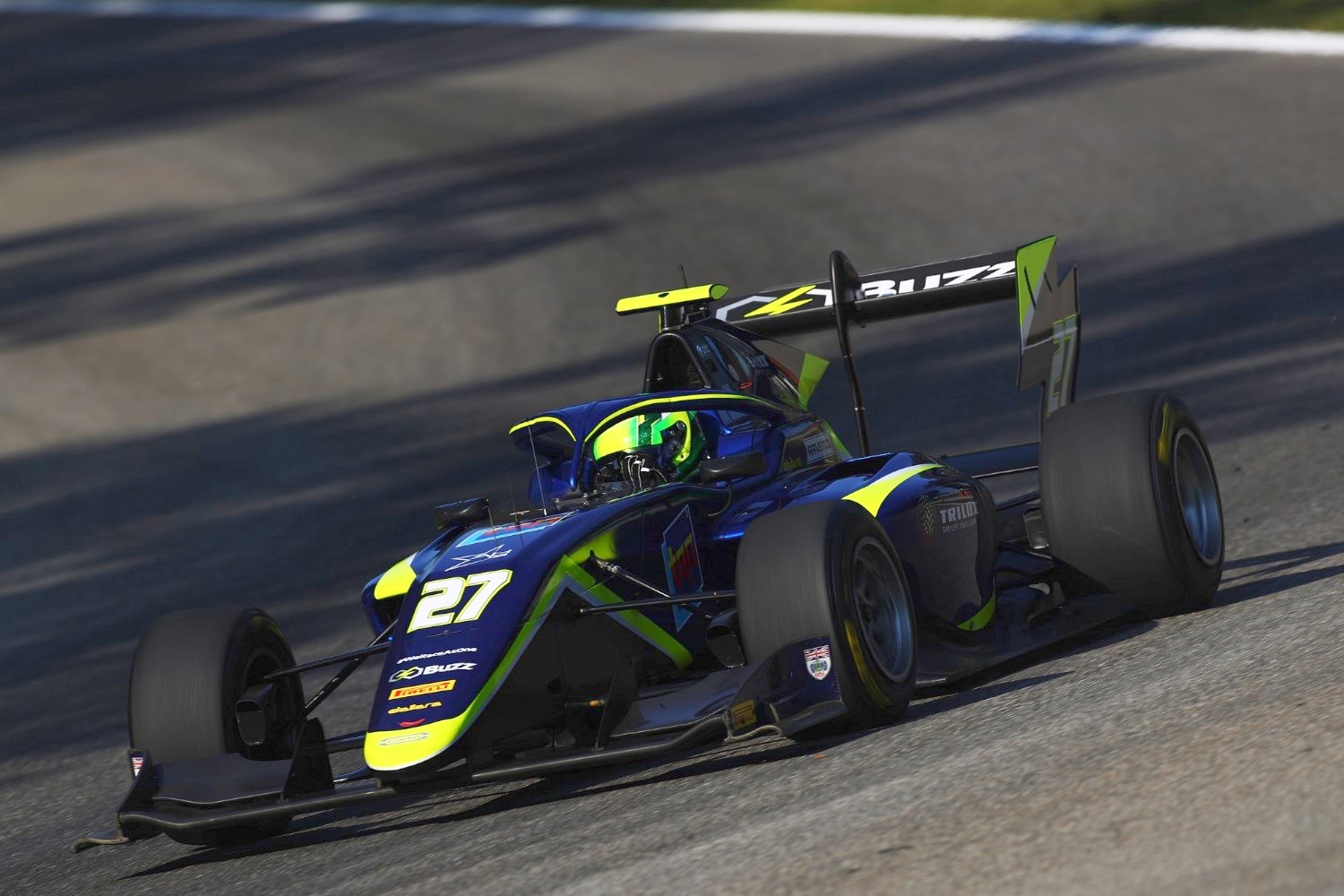 Just over a week after switching to Carlin Buzz Racing, David Schumacher (above) enjoyed his best FIA Formula 3 session of the season so far, topping Free Practice in Monza. The German driver finished 0.2s ahead of compatriot David Beckmann and the HWA RACELAB of Jack Doohan.

On a bright but mild morning in Monza, it was Italian outfit PREMA who led the pack out onto the circuit, on a weekend where they will more than likely win the Teams’ Championship. They only opted for an installation lap though and ducked back into the pits.

This left Igor Fraga to set the first push lap of the day, putting in a time of 1:40.760, before HWA RACELAB duo Jake Hughes and Doohan fizzed round three tenths quicker for first and second.

There was still plenty of time to be found, and PREMA found it when they eventually headed back out. Championship leader Logan Sargeant dipped under 1m 40s for P1, ahead of teammate Frederik Vesti. Hughes found time too, gaining an extra half a second to return to first.

The lap times continued to drop as Trident explored their straight-line speeds. Beckmann made the most of them to jump to first, going under 1m 39s, ahead of title rivals Sargeant and Liam Lawson.

The German followed up his fast lap by diving into the pitlane for a freshen up, but Sargeant opted to remain out for one more lap and used it to steal P1 from the Trident racer by seven hundredths of a second.

They returned to the tarmac with 10 minutes to go, but neither Beckmann nor Sargeant could set quite the same standard. Instead, it was Schumacher in his Carlin Buzz machine who enjoyed the final fastest stint.

Pierre-Louis Chovet spun on track, which brought out a brief yellow flag and spoiled a number of push laps. The Hitech Grand Prix driver got going again, but in the end, no one would improve. This saw Schumacher finish on top of a session for the first time in F3. Beckmann took P2, ahead of Doohan, Sargeant and Olli Caldwell.

Richard Verschoor, Cameron Das and Roman Stanek followed, while Clément Novalak ensured all three Carlin’s were in the top ten for the first time in F3, taking ninth ahead of Lirim Zendeli.

Schumacher will hope to continue his early form in Monza, although PREMA will be looking to collect the four points that come from taking pole to edge them closer to the Teams’ title when qualifying takes place at 2.05pm (local time).