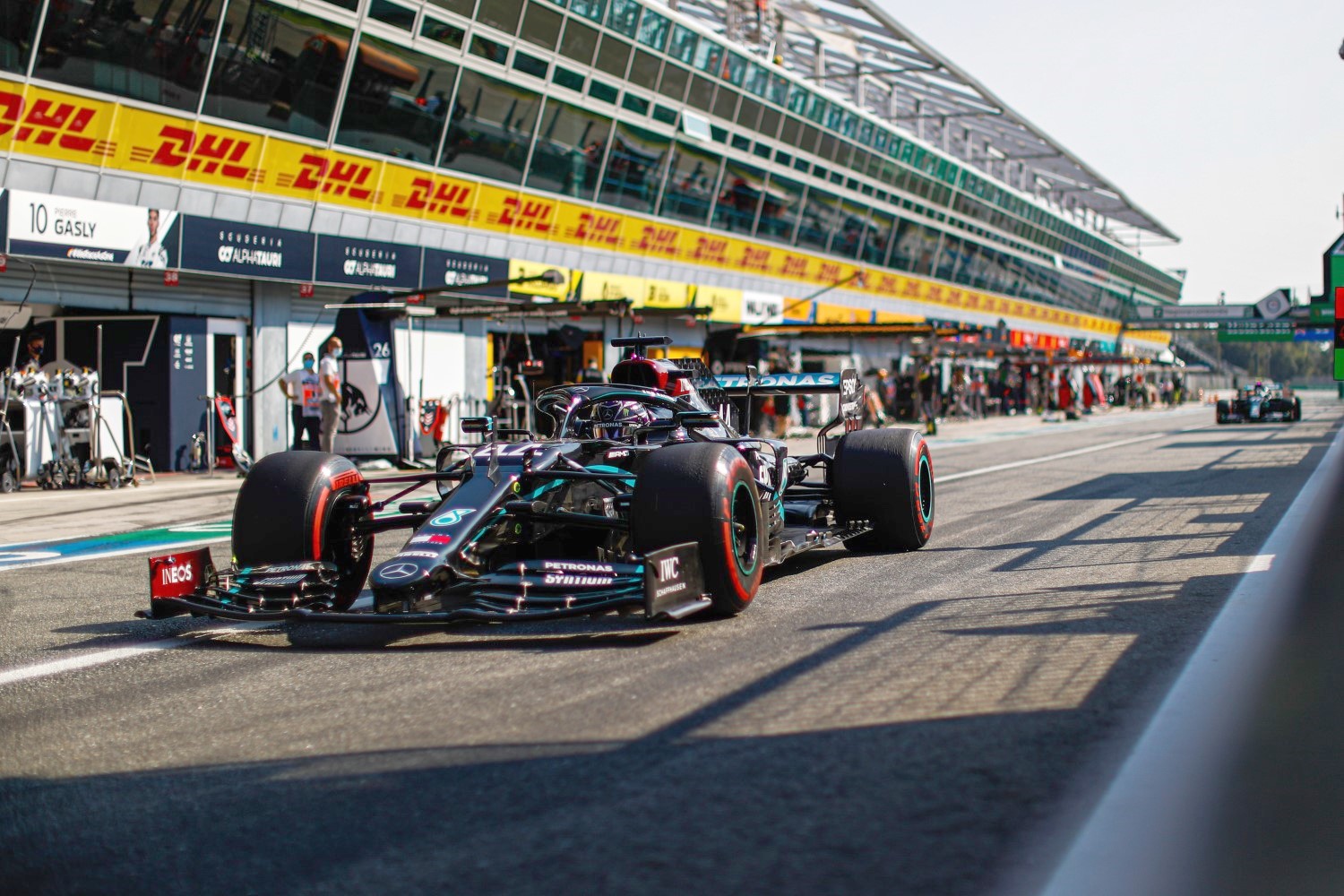 (GMM) ‘Party mode’ may be gone, but Toto Wolff says the party will go on for Mercedes in 2020.

Lewis Hamilton set the fastest Formula One lap ever to grab pole position at the Italian Grand Prix, nudging Mercedes teammate Valtteri Bottas into second place by just 0.069 seconds on Saturday. No one else was even close.

The dominant F1 team’s boss poked fun at rivals like Red Bull who pushed hard for the FIA to restrict engine usage to a single mode from Monza.

“We still had a very good party,” Wolff told Sky Italia after Lewis Hamilton and Valtteri Bottas locked out the front row of the grid, eight tenths ahead of McLaren’s Carlos Sainz.

“I’m glad the efforts of some teams went nowhere. In the end we didn’t use the engine so much, so maybe we have saved ten seconds for the race.”

Max Verstappen is just fifth on the grid, almost a full second behind pole.

“I’m not sure how happy Red Bull is now with this engine change,” said Bottas.

Verstappen, however, is not distraught, insisting he will wait until a “more normal track” to make a “final judgement” about the party mode ban.

“I never expected to beat Mercedes,” said the Dutchman. “It was others who thought we would catch up.

“I have my own opinion on things and try not to dream. If you are realistic, you don’t have to be disappointed later.

“I have never seen myself fighting for this championship. It’s a miracle for me that I am second, but I’m 47 points behind Lewis and tomorrow it will be over 50,” said Verstappen.

“He’s done better again – he’s only three tenths behind Max,” he said. “Alex took another step forward, which makes it acceptable. Of course, he should be closer, but for now we will continue to see how he develops.

“I can’t understand what Lewis said,” Marko added. “Last year he called us several times saying that we should put Alex in the car.”