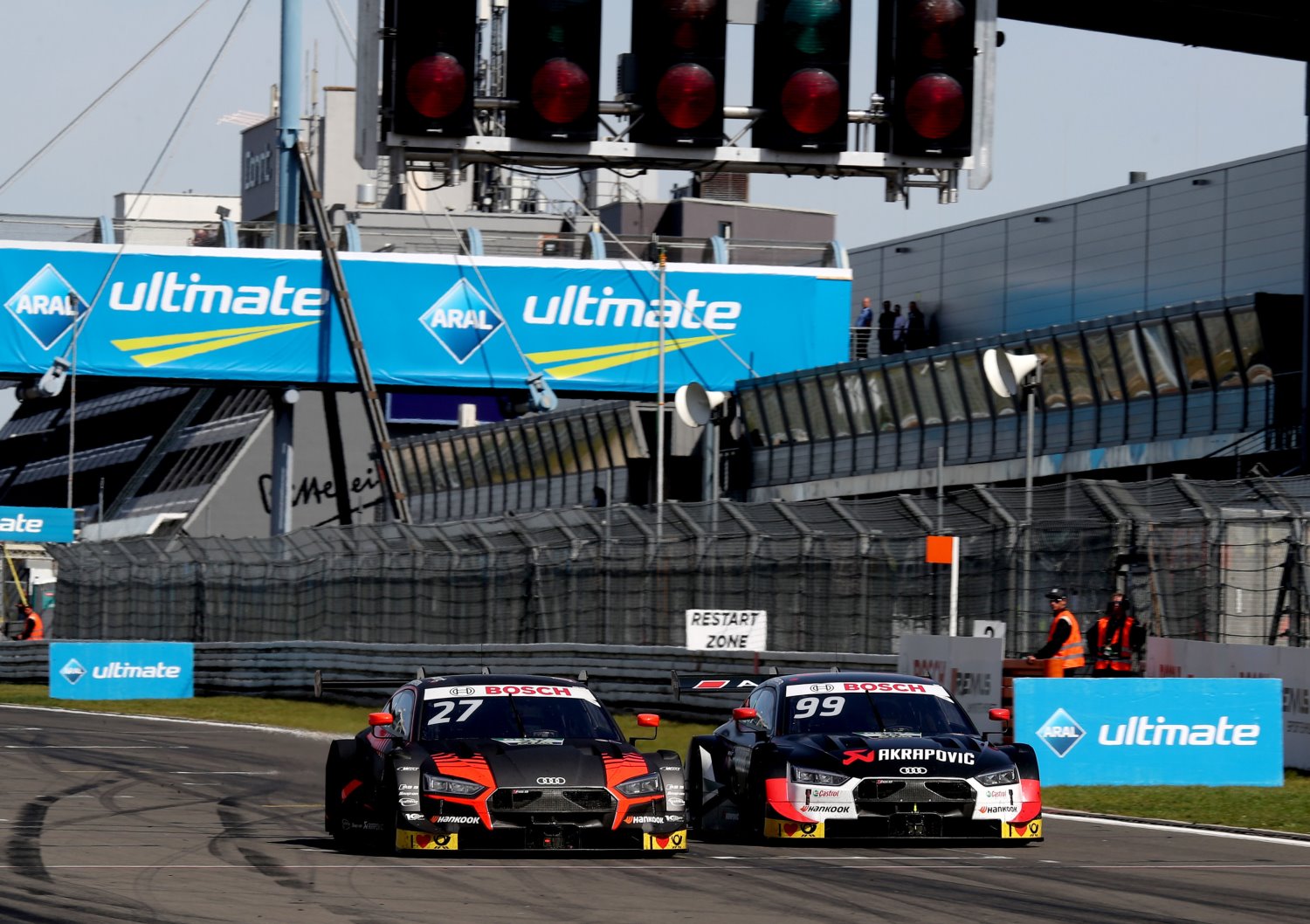 The DTM will be racing in front of spectators at the Nürburgring as well. During the fifth season round from 11-13 September in the Eifel, three grandstands will be opened on Saturday and Sunday to accommodate a limited number of people. For the moment, the approval only involves the first of the two race weekends at the Nürburgring. For the DTM, it will be the second race weekend with fans being present at the race track after Assen (NED). As of now, one-day tickets for Saturday and Sunday are available at 49 Euros from the DTM Ticket Shop (tickets.dtm.com) or the DTM Ticket Hotline (+49 1806 386 386).

The approval from the responsible district administration, Kreisverwaltung Ahrweiler, is based on a comprehensive and already proven infection protection concept from the Nürburgring. The DTM will be racing at the track in the Eifel region on two back-to-back weekends at two different circuit configurations: on the first weekend, the DTM will be using the 5.148 kilometers long Grand Prix circuit for the first time since 2004 while on the second weekend (18-20 September), the 3.629 kilometers long sprint track will be used. For the moment, permission to open the grandstands 3, 4 and 4a is only valid for the first of the DTM’s two Nürburgring events.

Together with the DTM, spectators can watch a total of five race series in action during the first Nürburgring event from 11-13 September. The newly created DTM Trophy for production-based GT sports cars, the GTC series, the Porsche Carrera Cup Benelux and the Lotus Cup provide a varied motorsport program at the Nürburgring. However, spectators will have to do without a part of the usual motorsport feeling as paddock access remains impossible.

The strictly limited grandstand tickets including allocated parking space can be ordered until the respective race day at noon (start of the DTM races both on Saturday and Sunday at 13.30 hrs). Previously acquired Nürburgring tickets are no longer valid and don’t give access to the grandstands. All vouchers already issued can be redeemed at any time and irrespective of the event at the DTM Ticket Shop and through the DTM Ticket Hotline.

VIP guests will also find suitable accommodation at the Nürburgring: tickets for the business°lounge including high-quality catering and excellent view of the race track are available from 249 Euros. VIP tickets can only be purchased through the circuit website at www.nuerburgring.de/dtm

Mirco Markfort, managing director, Nürburgring 1927 GmbH & Co. KG
“We are delighted to be able to experience the DTM at our circuit on two weekends. As a result of the different track configurations that will be raced on, the races will be completely different. Of course, that is a great thing for drivers and fans and shows at the same time how versatile the use of our Grand Prix circuit can be.”

Marcel Mohaupt, managing director, ITR GmbH
“Especially at this circuit with its long heritage that has made its mark on a large part of the long DTM history, fans simply are part of the show. Admittedly, tickets are only available in limited numbers and paddock access is still impossible because of the infection protection concept, but the opening of the grandstands is yet another step in the return towards normality. The Nürburgring, after all, already will be the second DTM weekend with spectators on site. We are really grateful to the Nürburgring for its successful commitment to bringing back the spectators and we are looking forward to yet another spectacular DTM event at the ‘Ring’.”