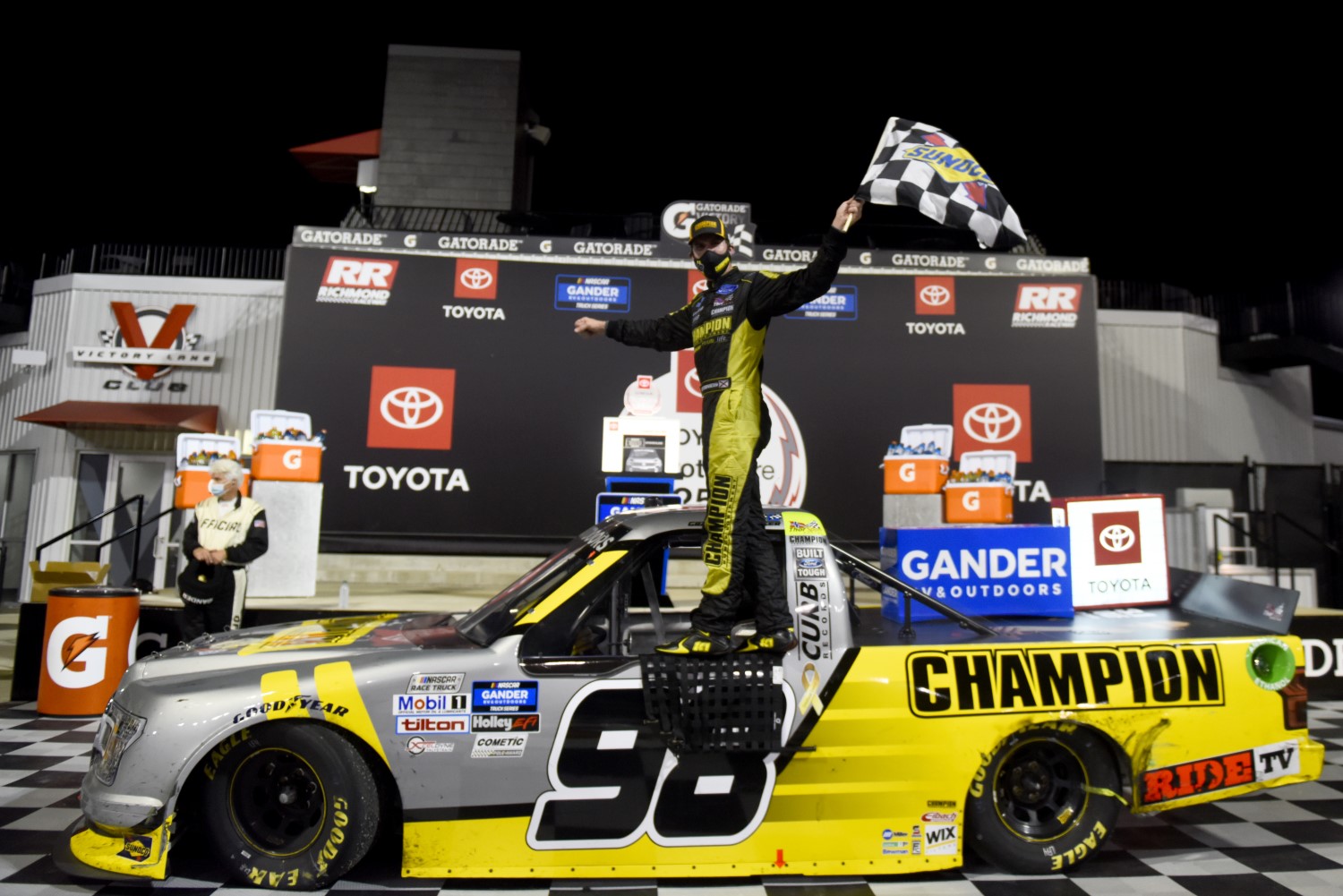 With seven laps to go in Thursday’s NASCAR Gander RV & Outdoors Truck Series regular-season finale at Richmond Raceway, Grant Enfinger stole the lead from reigning champion and teammate Matt Crafton and held it to the end to further solidify his own spot in the 2020 playoffs. Enfinger is now tied for a series-best three wins this year.

Enfinger led 18 of the 250 laps around the .75-mile track in Virginia. He beat Crafton by 1.033 seconds to the finish line. Ben Rhodes crossed in third, while Brett Moffitt and Tyler Ankrum were fourth and fifth, respectively.

Before the green flag even waved at Richmond, six winners already solidified their spots in the postseason. Sheldon Creed led with three victories. Zane Smith and Enfinger owned two apiece. Crafton, Rhodes and Austin Hill all had one.

Those who qualified by points are Moffitt, Christian Eckes, Ankrum and Todd Gilliland.

On just Lap 8, former champ Johnny Sauter was forced to make an unscheduled pit stop due to a mechanical failure. He was in a must-win position when it came to the playoffs, sitting five spots and 125 points below the cutline. He ultimately finished 27th.

Austin Hill clinched the regular-season championship during the final stage.